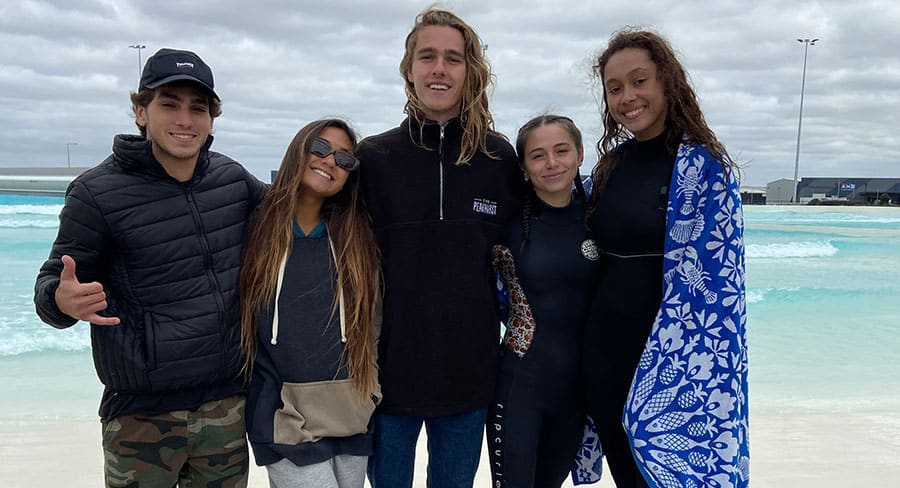 Netflix’s latest made in Australia title will be Surviving Summer, a 10 episode drama series being produced with Werner Film Productions and ZDF Enterprises.

The show revolves around Summer Torres who is a fierce Brooklyn teen who’s just been sent to Australia to live with family friends the Gibsons, in a tiny coastal town on the Great Ocean Road. Ari Gibson is an introverted but ambitious young surfer returning to competitive surfing after a life-threatening injury. Summer’s about to spend the next three months falling in love with surfing, driving Ari crazy… and upending everyone’s lives.

Werner said:  “I am so excited to start filming Surviving Summer all along the Great Ocean Road at some of the most stunning beach locations in the world.  We have assembled an amazing crew and cast who have been training hard to get ready for what will be an incredibly exciting and demanding shoot with drama, surfing, skating, stunts and more.  Fingers crossed for some great surf conditions and for a safe and fun shoot!”

The series is supported by Film Victoria and will shoot in regional Victoria March through April 2021. ZDF Enterprises are co-producers and will handle worldwide sales outside Netflix rights territories.

The Cast and Characters:

• SUMMER TORRES (Sky Katz, USA) (Raven’s Home) is a 15-year-old force of nature – expelled from school in New York and sent to the Australian coast, she finds herself giving up her skateboard and falling in love with surfing.

• ARI GIBSON (Kai Lewins, AUS) (Wild Boys, Carlotta) is completely obsessed with surfing, but a serious injury a year ago has shaken his confidence and put a dent in his dream to make the State team. His life is about to be changed again when rebellious Summer walks in.

• BODHI JOHNSON (Savannah La Rain, AUS) (Content, the soon to be released Bosch & Rockit) is the calming centre of the group. Since being picked up by a major sponsor, she’s been cultivating her social media profile – but that image is a cover for a lot of self-doubt.

• MARLON SOUSA (Joao Gabriel Marinho, BRA) (Malhação) has a wisecrack for every situation. Out in the water, he’s a showman, talented and flashy – but he’s got a strong competitive streak and when things don’t go his way, he tends to blame everyone but himself.

• POPPY TETANUI (Lilliana Bowrey, AUS) (5 X’s QLD Junior State Surf Champion) is chatty, funny, outgoing – and more determined than ever to achieve her dream of one day becoming world champion. But she’s carrying a heavy weight after the recent death of her mother and will have to rediscover what drew her to surfing in the first place, or she risks burning out completely.