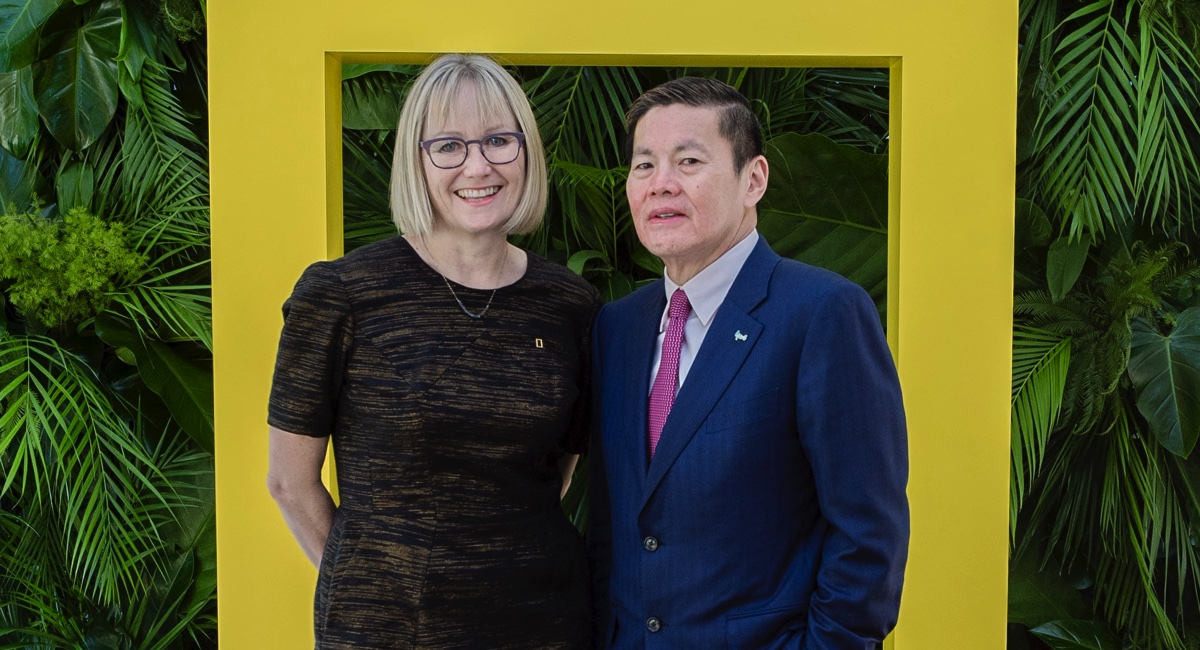 The focus for Fox International Channels in Australia and New Zealand is to appeal to a younger audience. A way that the parent company of the local National Geographic brand is doing this is via a new app that it launched this month in partnership with telco giant Optus.

The “younger audience” is not defined by demographics, but more by their media consumption habits, National Geographic boss for Australia and New Zealand, Jacqui Feeney told Mediaweek.

“I am hoping it will bring in a new and younger audience to National Geographic,” Feeney said. “We’ve built this app for the world’s most prolific explorers, who are the digital and mobile consumers on the go.

“You have to rethink your content strategy for the mobile phone. There is a lot of short-form content in that environment. We’ve sliced and diced our content.

“It’s about bringing National Geographic to life and reinventing it for the 21st century.”

The new app centralises much of National Geographic’s offering in Australia. This includes video, audio and written content, as well as photography.

“I am spending most of my time in photography, which is not something you would immediately think of,” Feeney said. “But it’s just such a beautiful experience. You can get lost in looking at these photographs and you can also get a lot of information on the photos including who took them, where they took them and what happened behind the scenes when they took them.”

When Feeney joined the business from Foxtel, different assets of the National Geographic brands were operated as separate entities. It was only after the partnership was established between the parent company of the brand, the National Geographic Society, which is a not-for-profit organisation, and Rupert Murdoch’s 21st Century Fox that the media assets started to come together under one management.

When asked to explain the setup and how it has impacted operations in the ANZ region, Feeney said: “This is normally where I would like a whiteboard.

“National Geographic is part of the business that has been there for 129 years, which ran the magazine. But inside the society they had a number of divisions. They had a media division that focused on producing media assets. They have an educational division which gives grants to people like James Cameron for the work he did in going under the sea [for the documentary Deepsea Challenger] and funding people all around the world for science and research. There was already a joint venture in place between Fox and the society to produce the TV channel, which had been in place for some time.”

As a result of this setup, 27% of the profits made by the company go to the National Geographic Society, which then injects the funds back into science and research.

The formation of National Geographic Partners has definitely helped Feeney in achieving her goal.

“For the first time we were one company,” she stated. “Before, I was running around and trying to form relationships and deals with different parties.”

However, the previous setup made sense for what was needed to reach the audience then, she clarified. There was hardly any crossover between its TV and print audience.

“We’ve always had the background of distinct storytelling channels through TV, print and social media, but for us to be able to bring those assets together and have them bounce and reflect off each other through an app is special,” Feeney said.

While local commissions for its TV business are important, the key strength for the business lies in drawing on its library of media.

“The commissioning is done at a global level. We have a very small fund for [local productions],” Feeney said. However, she emphasised that Australian producers don’t miss out because of this setup, claiming that Australian talent is pushed rigorously by the company on a global scale.

“For example, we recently commissioned Surgery Ship and a couple of other series that were produced in Australia, but they were commissioned for the global marketplace,” Feeney said.

Many of the local productions are aired on Nat Geo People or Nat Geo Wild, with the primary channel embracing premium Hollywood-style production and talents in a bid to leverage off 21st Century Fox’s network.

However, there are certain exceptions to this such as the series Outback Wrangler. The third season of the show will air on the primary channel in December 2017.

“We’ve got a lot of investment going into making sure that the channel becomes much, much more premium and reflects the brand of National Geographic,” Feeney said. “We have much bigger and more ambitious TV shows coming. That is how we had The Story of God with Morgan Freeman and the recent Genius series staring Geoffrey Rush.”

The Nat Geo app for Optus

The agreement between the two companies is the telco’s first major content agreement since the EPL in 2015.

The app is tailored for personalised content. When users open the app for the first time, they are asked about the topics and mediums they are interested in. Based on each user’s selection, the app then searches and serves the content that is suited to their taste and preference.

New, existing and recontracting Optus My Plan Plus/Flex and My Plan Business/Flex customers on handset plans $40 and above will have exclusive access to the video, photographic and editorial content on National Geographic’s mobile app included in their plan at no extra cost, and without using their plan’s monthly data allowance. Content such as ads, authentication and app analytics are excluded and incur data charges.

Peter Kosminsky, the BAFTA award-winning director of Wolf Hall, gives an inside look at ISIS. The four-part fully scripted drama tells the story of how four British teenagers are seduced to join ISIS in Syria. While the two boys are immediately conscripted into the militia, the girls are given more servile tasks.

From Academy Award-winning EP James Marsh, the three-part documentary will honour the life and groundbreaking legacy of gorilla researcher Dian Fossey. With access to over 40 hours of unseen footage on Fossey, the series will perform a cold case investigation into the true circumstances of her death.

American documentary film director Brett Morgen has directed, produced and written the untitled feature biopic about the primatologist Dr Jane Goodall. Known for the Emmy-nominated documentary Kurt Cobain: Montage of Heck, Morgen will draw on recently rediscovered archive film from Goodall’s early research at Gombe National Park in Tanzania during the 1960s. More than 250 hours of 16mm film have been uncovered to create this feature documentary.

The local production featuring animal wrangler Matt Wright returns with another eight-part series featuring some of the biggest crocodiles ever captured on film.

The Story of Us with Morgan Freeman – January 2018

Popular actor Morgan Freeman, who has played God in several Hollywood movies, goes on a global journey to meet people from all cultures. It reveals the common humanity that lies inside every individual.

Filmmaker Darren Aronofsky joins with Nutopia Films for this cinematic event series. It explores the fragility and wonder of planet Earth. The 10-part series took 100 weeks of filming around the world and from outer space.

Photographer Joel Sartore photographs at-risk and rare species in the wild, in zoos and in nature preserves and explores his Photo Ark initiative.