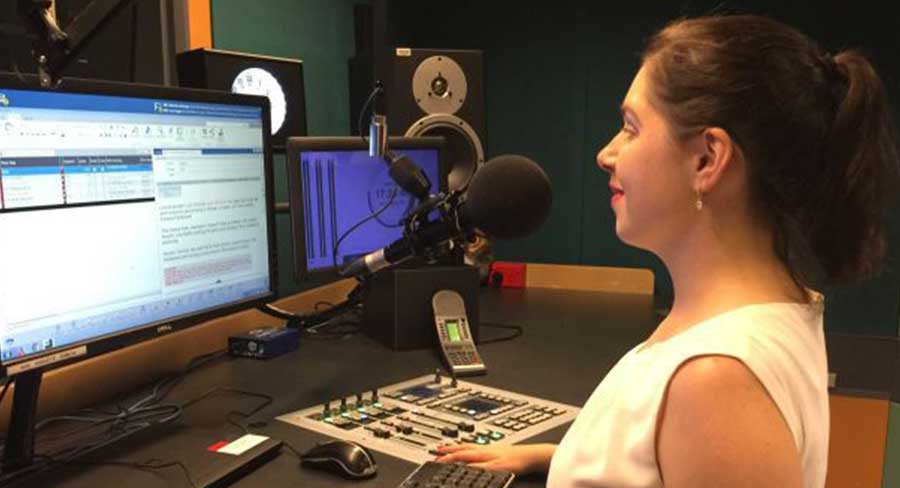 • “Of course I’m sad to be leaving triple j. It has been my home for the last seven years”

After seven years as one of the voices of triple j news, Nas Campanella presented her final bulletin on Friday afternoon. It was revealed late last month that she is embarking on a newly created role at ABC News covering disability affairs.

“Of course I’m sad to be leaving triple j. It has been my home for the last seven years,” Campanella said. “I’ve shared some special moments with the audience and they’ve been a huge part of my life.

“But I couldn’t be more thrilled to be taking on the role of disability affairs reporter. I want to provide a platform where the voices of people living with disability are heard. I want to support the disability community to share their experiences the way they wish to tell them. And I want them to feel represented and empowered.

“This is also an opportunity to educate people about the expectations, assumptions and barriers too often placed on people living with disability and I’m very proud to do this with the ABC.”

Campanella, who is blind and has a neurological condition which prevents her reading braille, started at the ABC as a cadet in the Sydney newsroom and went on to become a senior journalist and producer. She has reported from regional and metro areas for programs and teams including triple j’s Hack, Audio Current Affairs and ABC Life.