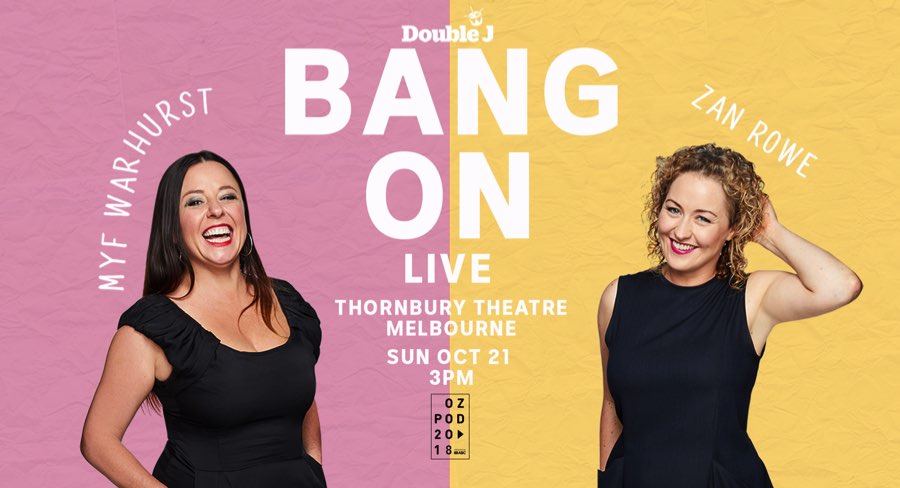 Special guests for the Bang On live show in Melbourne will be announced soon.

Myf Warhurst and Zan Rowe’s podcast series, Bang On, is headed to Melbourne for its first-ever live show in the city.

The Double J podcast will transform as a live show at the Darebin Music Feast, hosted at the Thornbury Theatre, on October 21.

Now in its 22nd year, the event encompasses 120 events across 26 different venues.

Bang On presenters said: “Ever since we did our live show in Sydney last year as part of Yack Festival, people have been asking, ‘When are you going to bring it to Melbourne?’ Now, we’ve finally been able to make it happen, and at a beautiful venue. We don’t want to spoil it, but let’s just say we have some very fun things planned.”

Warhurst and Rowe will also be speaking at OzPod in Melbourne. The one-day podcasting conference by the ABC will be taking place on October 17 at ACMI.

Special guests for the Bang On live show in Melbourne will be announced soon.