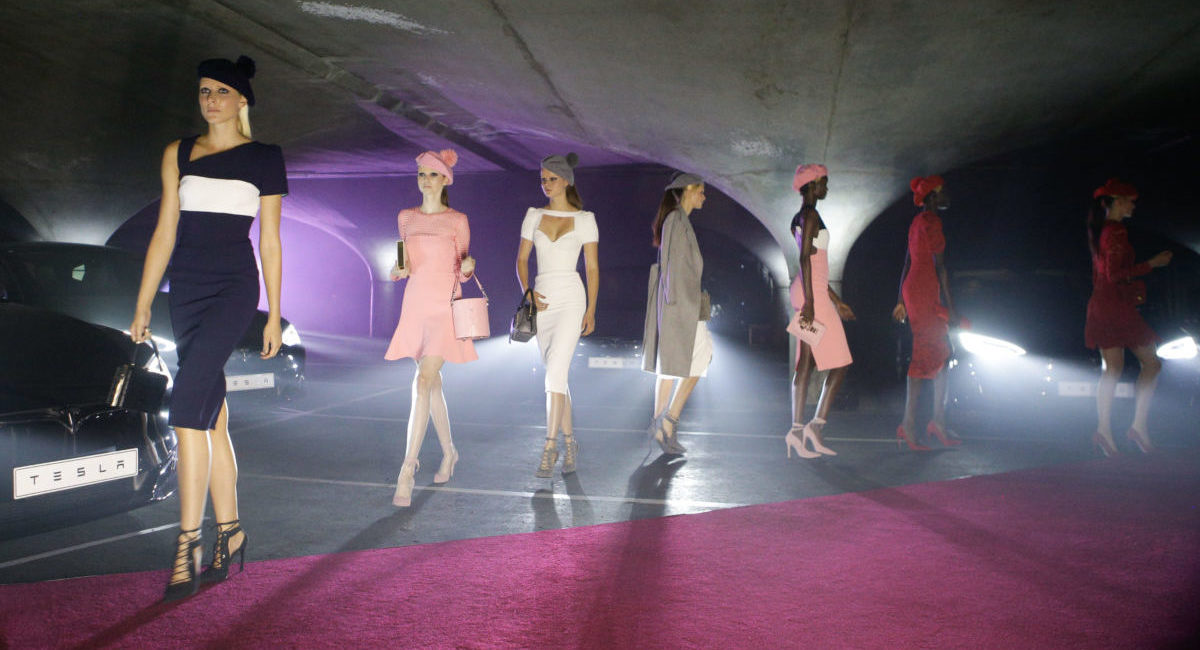 Myer has become the first Australian brand to utilise Twitter’s new live 360 video, which launched at the very end of last year.

The 360 function allowed users to change their point of view of the fashion show by moving their phone, or scrolling around the screen for a truly immersive and interactive experience.

Check out the replays of the #MyerAutumn17 Fashion Launch Live in 360 from Melbourne University here. 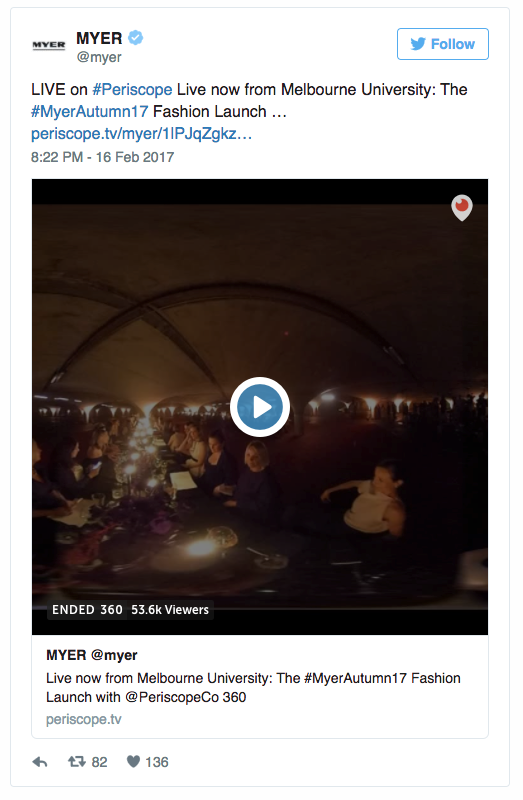