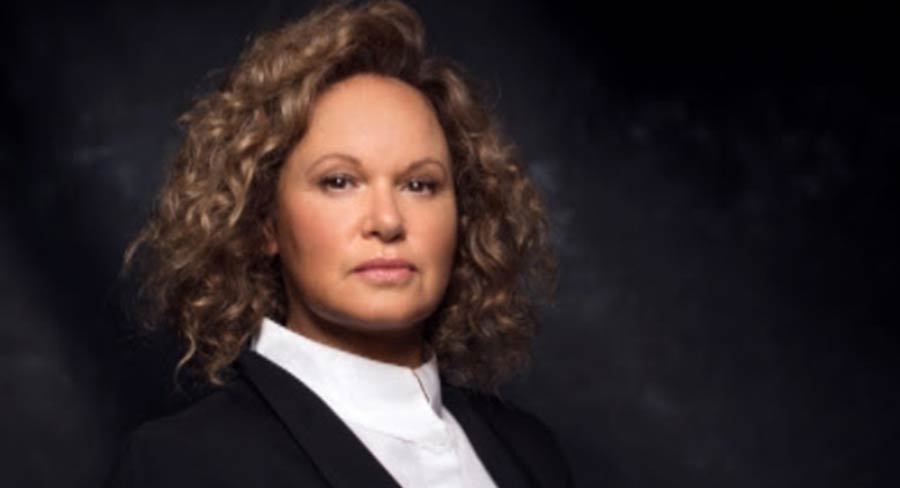 The Hector Crawford Memorial Lecture is a significant public statement of the screen and broadcasting industries given by a leading media and entertainment figures each year at Screen Forever, the annual conference held by Screen Producers Australia.

Actor, writer, director and producer Purcell has recently been nominated for the 2018 AACTA Award for Best Lead Actress In A Television Drama, thanks to her performance in Wentworth.

In 2017 alone she had wins at the AWGIE Awards, Helpmann Awards, UNESCO City of Film Awards and Victorian Premier Literary Awards, all based on her retelling of The Drover’s Wife.

But for a Goa-Gunggari-Wakka Wakka Murri woman from the Queensland bush, success and stardom have not come without their fair share of struggle.

As a young indigenous girl who dared to dream of a career in film, stage and television, Purcell’s first professional break came in 1993 when she was cast in Bran Nue Dae, touring Australia to rave reviews. Moving to Sydney following the death of her mother, Purcell’s seminal play Box the Pony was the smash hit of the 1997 Festival of the Dreaming and has since played to sold-out seasons at Belvoir St Theatre, the Sydney Opera House, the 1999 Edinburgh Festival and a season at the Barbican Theatre in London in 2000.

While roles in Police Rescue, Jindabyne and The Marriage of Figaro followed, Purcell was not content with the pervading view at the time that her “blackness” be viewed ahead of her considerable array of talents. As such, out of necessity more so that ingenuity, Purcell established her first independent indigenous production company, Bungabura Productions, in 1996 and began developing her own slate of projects with an authentic indigenous voice.

Black Chicks Talking, Coloured Inn and Moxie Girls were all created, written, creatively produced, directed, acted and musically inspired by Purcell. Long before the term “showrunner” was part of the entertainment vernacular, Purcell was taking control and steering the creation of her own intellectual property. In setting out to carve a new pathway where none existed before, Purcell has opened the flood gates for a new generation of indigenous talent.

In 2016 Purcell’s career shifted radically thanks to her groundbreaking interpretation of The Drover’s Wife. In only 33 performances at the Belvoir St Theatre, Purcell had created a modern Australian classic, which has now been commissioned for a film, television series and novel. Speaking to Screen Australia about reimagining Henry Lawson’s classic tale for a modern audience, Purcell said, “I want to put my black pepper on anything I touch. I’m always asking, how can I put my blackness through this? I love history and if I can tell a story that can also tell my indigenous heritage and culture then I’ll absolutely do it.”

“Against the milestone of the 25th anniversary of Screen Australia’s Indigenous Unit, Leah’s story is a triumph unlike any other in our industry when you consider the breadth and range of her work to date,” said Screen Producers Australia CEO, Matthew Deaner. “Leah is not only an accomplished creative in her own right, but also a fierce advocate for indigenous storytellers involved in every facet of the creative process, and a loyal supporter of the ‘Make It Australian’ campaign – a campaign in fact started by the namesake of this Memorial Lecture.”

Purcell will deliver the 2018 Hector Crawford Memorial Lecture at 12 noon on Thursday November 22 at the Crown Conference Centre, Melbourne.