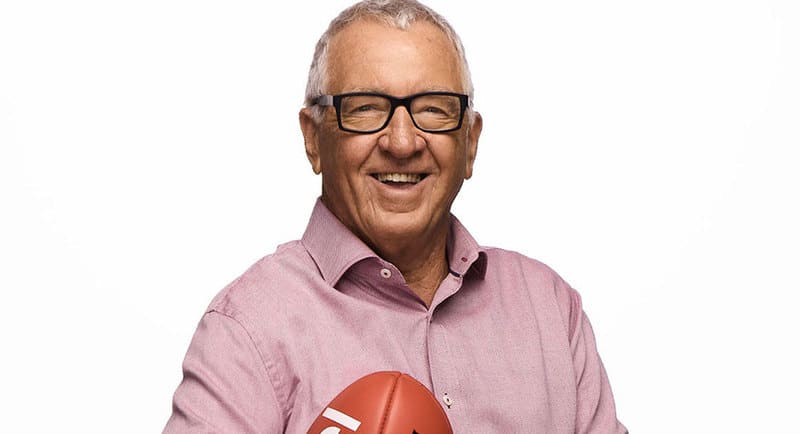 The final episode of Open Mike airs at 8.30pm next Tuesday on Fox Footy, channel 504 on Foxtel.

The doyen of Australian football media and a much-loved member of the Foxtel family, Mike Sheahan (pictured), is hanging up his Fox Footy microphone.

Sheahan, who has spent two decades delicately crafting stories and conducting revealing interviews, has decided to retire from television.

His 234th and final Open Mike episode will air on Tuesday, October 20, but like all good storytellers, the last chapter has a plot twist with AFL 360 hosts Gerard Whateley and Mark Robinson taking charge for a not-to-be-missed one hour special to farewell one of the greats of football media.

“I cherish my time at Fox Footy. I have worked on every program on the network at some point, culminating with 11-years on Open Mike, and now get to leave on my own terms. I have spent 50-years at the top level in the game I have loved from birth… without taking a mark or kicking a goal! I’ve been blessed,” said Sheahan.

Since Open Mike began in 2009, Sheahan has gained the trust of his guests to tell their stories. Whether it was an outlandish Warwick Capper, a wounded Anthony Stevens, or endless amounts of footy legends including Leigh Matthews, Chris Judd, Kevin Sheedy, Adam Goodes, Stephen Kernahan, Jim Stynes, Nathan Buckley and Malcolm Blight.

Arguably the most gut-wrenching Open Mike episode came in 2018 when Richmond champion Merv Keane detailed a tumultuous 25-day period in which he lost his wife and daughter.

Throughout every minute of every episode of Open Mike, the former chief football writer for the Herald Sun maintained the same vigour for news that was evident throughout his 40-years in print media.

“Legend has it that Rupert Murdoch wants his best footy writers to write footy until they drop then drag themselves up and write one more yarn, such is the importance of big-time sport in media. In my 40-year career there’s been no better nor more important footy writer across Australia than Mike Sheahan. And I doubt there ever will be,” said Steve Crawley, executive director of Fox Sports.

The final episode of Open Mike airs at 8.30pm next Tuesday on Fox Footy, channel 504 on Foxtel.