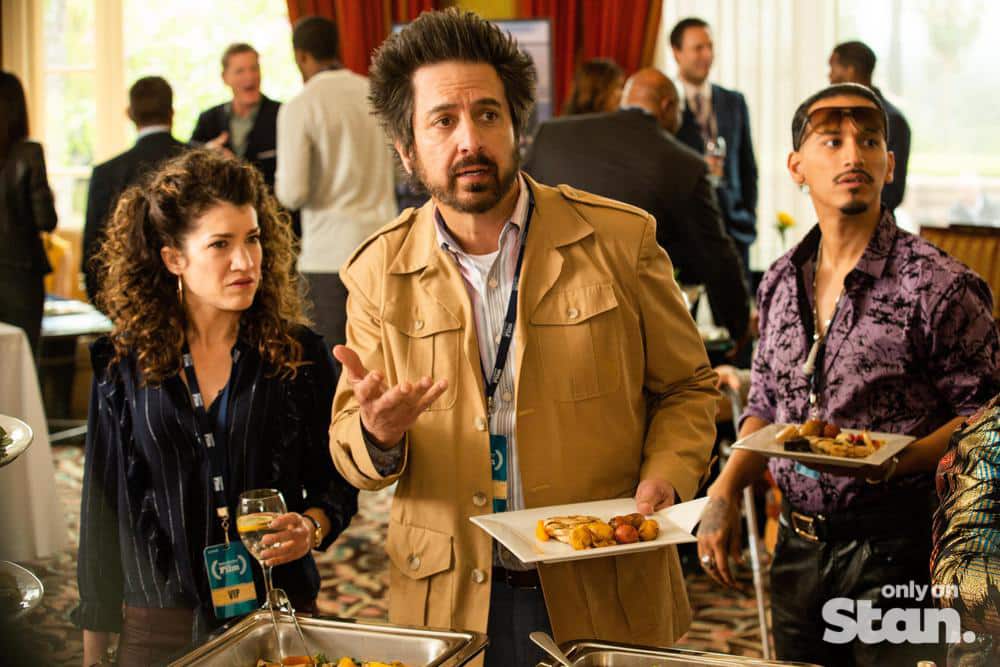 • Get Shorty season one and two are available in Australia exclusively on Stan.

Stan has announced that Get Shorty, from MGM Television, has been renewed for a third season.

The dark comedy, based in part on the 1990’s bestselling Elmore Leonard novel of the same name and created for television by Davey Holmes (Shameless, In Treatment) will return in 2019 to Stan with all-new episodes available immediately after the US debut.

The series follows Miles Daly (Chris O’Dowd), muscle for a Nevada crime ring who tries to become a movie producer in Hollywood with the help of a washed-up producer, Rick Moreweather (Ray Romano), as a means to leave his criminal past behind.

In season two, Miles struggles to reconcile his ambitions as a filmmaker and a family man with his skill set as a career criminal. His progress in Hollywood is jeopardized when the washed-up producer, with whom he partnered in season one, agrees to wear a Federal wire.

In season three, Miles embraces more ruthless methods as he settles scores and attempts to climb the Hollywood ladder.

Get Shorty season three is executive produced by Holmes and Adam Arkin (The Americans, Sneaky Pete). The series is produced by MGM Television and internationally distributed by MGM.

Get Shorty season one and two are available in Australia exclusively on Stan.