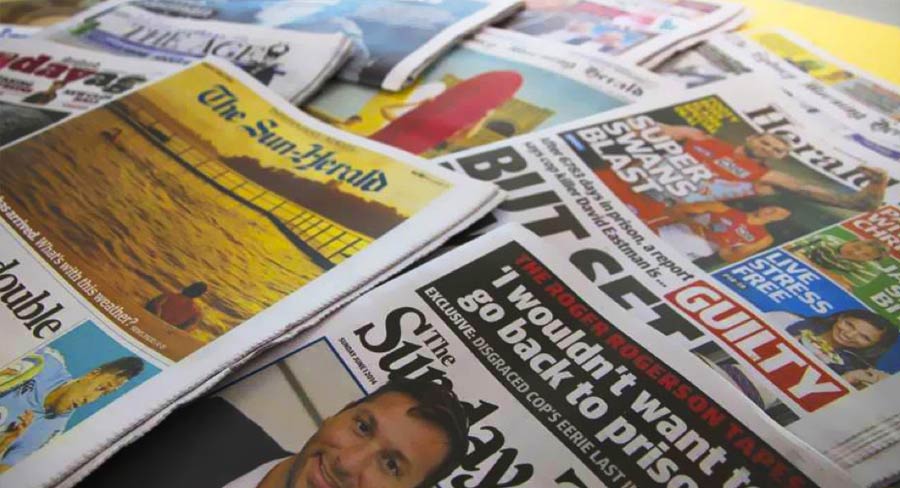 The total news media advertising revenue market dipped by 6.3% year-on-year in the third quarter of 2018 to $469.7 million, highlighting the continued improvement in news media ad revenue due to the re-evaluation of news media by marketers and agencies, according to the latest News Media Index (NMI) with data collated by Standard Media Index (SMI).

Metro and national newspapers led the strengthening position for news media. Metro newspapers saw a 1.5% increase in display ad revenue in the same period. The metro display advertising growth was particularly strong in NSW, with ad spend up 6.8%. In Victoria metro was up 6.6% and Queensland it increased by 4.5% in Q3.

“We continue to be encouraged that the news media sector is being reappraised by both agencies and marketers. The fact that the bedrock of print advertising is metro newspapers demonstrates that our core business is strong. Digital ad revenues are also growing and outperforming the total market, which is supported by our emma data showing that 13.1 million Australians read digital news media,” NewsMediaWorks CEO, Peter Miller, said.

“After a strong four months of revenue growth, the decline in September was expected due to the lack of Federal Government spending. The strength of reader trust in news media in the fake news era cannot be underestimated, and we continue to provide advertisers with the most trusted media environment for their brands.”

SMI AU/NZ managing director Jane Ractliffe confirmed that the Q3 decline was impacted by falls in September total media market spending. In the second quarter, however, news media ad spend declined by just 3.7%, the lowest since the NMI records began in 2014.

“The NMI data highlights the ongoing improvements in advertising onto news media generally, and especially the higher print spending from the media agency market,” she said.

“But it’s also notable that direct advertisers are a large contributor to the growth of general news websites with the total ad spend from those advertisers soaring 42.4% in the quarter, ensuring those websites collectively grew ad spend by 5.2% over the same three months last year.”

Direct ad spend now accounts for 55% of all news media advertising, again highlighting the difference between the agency and direct ad revenue, although the media agency sector continues to improve.

Unlike the monthly SMI data which reports agency-only revenue, the quarterly News Media Index reports all print and digital ad revenue to Australia’s largest news media publishers from both agencies and direct advertisers and is independently verified by SMI.