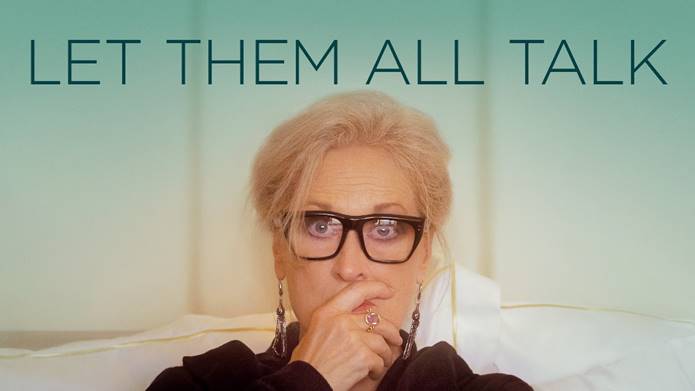 • Let Them All Talk was largely improvised by the cast

Foxtel is bringing the cinema home to its subscribers with the exclusive Australian premiere of Let Them All Talk – Sunday, February 7 at 8.30pm on Foxtel Movies or watch on demand.

Directed by Academy Award winner Steven Soderbergh, Let Them All Talk follows celebrated novelist Alice Hughes (Meryl Streep) and her two oldest friends, Roberta (Candice Bergen) who works in the lingerie department of a Dallas department store, and Susan (Dianne Wiest) a lawyer in Seattle representing victims of domestic violence, on a momentous journey aboard an ocean liner to England, where Alice is due to accept a prestigious literary award.

While Alice attempts to restore the bond she once had with her college mates, her nephew Tyler (Lucas Hedges) – in attendance to keep an eye on the bunch – becomes attached to Alice’s new agent, Karen (Gemma Chan), who’s snuck onto the ship to confer with her client, and is desperate to find out about Alice’s new book.

As the women reminisce and air old grievances with banter and bite, Alice harbors serious doubts about her much-anticipated next manuscript – and keeps the particulars of her personal life close to the chest.

Let Them All Talk was largely improvised by the cast, and was shot on the actual Queen Mary 2 during a real transatlantic voyage, giving the film an authenticity that would be difficult to capture on a sound stage. Passengers who were also on the cruise were able to sign up to be extras in the film. It was also shot on a new Red camera, as Soderbergh tends to work with.

Other big titles landing on Foxtel this month include The Crime Boss with Liam Hemsworth, available from February 13; Australian film Ellie and Abbie (and Ellie’s Dead Aunt) starring Zoe Terakes and Marta Dusseldorp (February 20); and Capone with Tom Hardy (February 27).