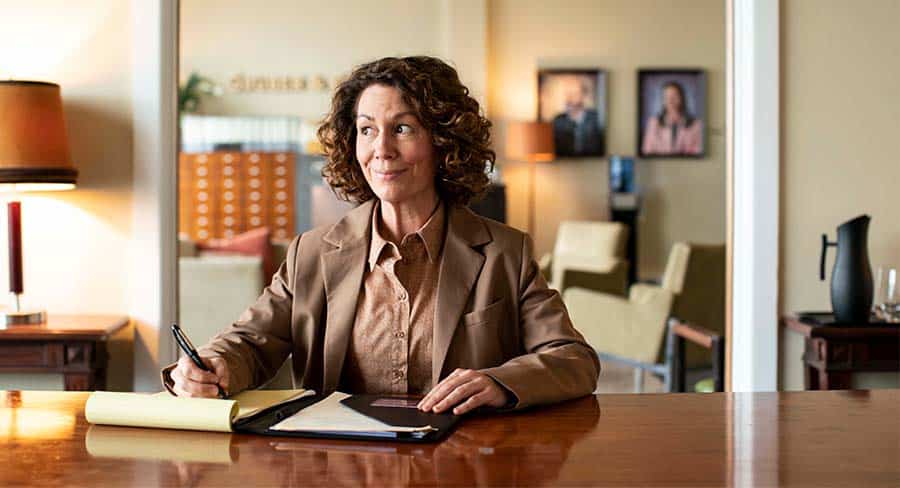 After thousands of women marched across Australia this week, it seems only right that we should highlight and honour the wonderful women on TV right now. Let’s start with the brilliant new documentary Brazen Hussies (iView), a history of the Women’s Lib movement in Australia with narrator Sigrid Thornton and her activist mum Merle Thornton.

Fisk (Wednesday on ABC) is the fantastic new Aussie sitcom written by Kitty Flanagan in which she plays a lawyer lacking in people skills. Julia Zemiro and Marty Sheargold are hilarious as her bosses and judging from the positive social media reaction to the first episode, it is off to a great start.

The supporting cast is great too, with Libby Tanner, Rhys Nicholson and Alison Whyte in the first episode (catch up on iView), and Debra Lawrence, Colette Mann and Marg Downey still to come. The entire cast of Have You Been Paying Attention are also booked, so look out for Denise Scott, Ed Kavalee and Sam Pang, although none will get as naked as Glenn Robbins did in the first episode.

Genius (Monday on Nat Geo) has previously done series about men like Albert Einstein and Picasso, but now for its third season, a smart woman is in the house. This beautifully recreated 8 part series shows there was much more to Aretha Franklin’s genius than just being the Queen of Soul. Music fans may also want to check out new HBO documentary Tina (Sunday week on Foxtel) all about Tina Turner.

It was great to see actress Emerald Fennell (The Crown, Call The Midwife) get a very deserved Academy Award directing nomination for her must-see movie Promising Young Woman. Fennell was also a show runner for Killing Eve, which will soon wrap up with a fourth and final season, and now she is the first British woman to be nominated as Best Director.

There are not many female directors who get to remake their debut movie, but Hannah Fidell has achieved that with A Teacher (Sunday on Foxtel). Originally a 2013 film, A Teacher is now a 10-part FX series with Kate Mara playing the predatory teacher and Aussie actor Ashley Zukerman as her musician husband.

This time it supposedly dives deeper into the cause of abuse, but I am yet to see that after three episodes. It is all a bit questionable, and so too are some previous efforts in this genre. Claudia Karvan now says she is “embarassed” about playing a Greek teacher having an affair with her student (Alex Dimitriades) in 1993’s The Heartbreak Kid, a topic that TV spin-off Heartbreak High wisely avoided.

Grundy’s first ever drama Class of ’74 featured a schoolgirl (Carla Hoogeveen) having an affair with her older male teacher (Vince Martin). In the first episode she even said “I love you … sir”. Times may change, but the forbidden romance genre never really goes away.

The Conners (Friday on 10Peach) is now in its third Roseanne-free season and she has now been replaced by Katey Sagal. This is one of the rare shows on TV to show the struggles poor families face in America today. Covid has only made things worse for The Conners, but Jackie (Laurie Metcalf), Becky (Lecy Grandson) and Darlene (Sara Gilbert) soldier on. Respect.