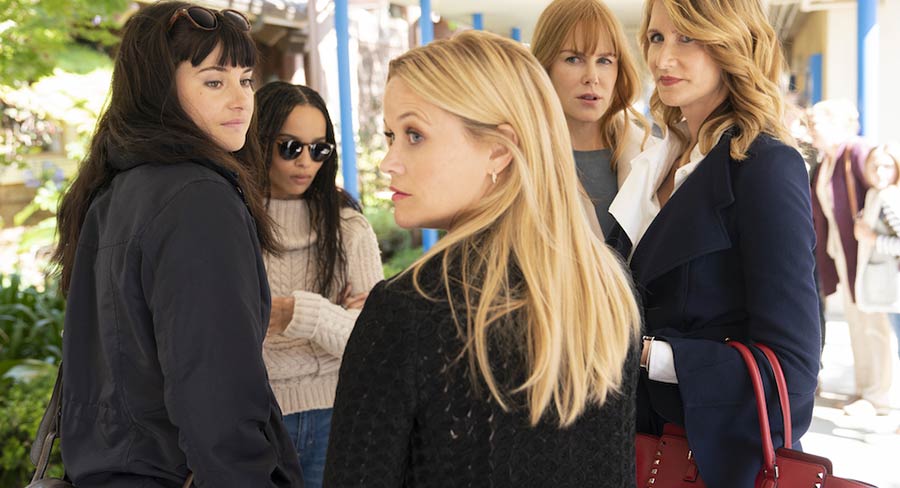 • Lianne Moriarty should have been given more time to write series

When Big Little Lies finished, director Jean-Marc Vallee said, “There’s no reason to make a season two.” Is the reason now Meryl Streep because it’s back (Monday on FoxShowcase) and struggling to recreate the story hook and dreamlike mood from the first one.

Writer David E. Kelley must know what he’s doing, but there’s a lot of competition out there now, what with Wentworth, Gentlemen Jack, MotherFatherSon, Fosse/Verdon, Chernobyl (all on Foxtel), Perpetual Grace, Catch 22 (Stan), Fleabag (Amazon Prime), Taboo with Harley Breen (Thursday on Ten), and Neighbours (Peach) promising to solve the 16 year mystery of Dee (Madeleine West).

You should also drop everything for When They See Us (Netflix). This true story about the Central Park Five, from executive producers Oprah Winfrey and Robert De Niro, and exquisitely directed by Ava DuVarney, will leave you outraged and heartbroken as five innocent black kids get tricked into confessing to the brutal rape of a white woman in 1989.

At the head of this racist deception is District Attorney Linda Fairstein (Felicity Huffman) who is portrayed as being cold and heartless. It is a chilling performance from Huffman who has just pled guilty in her own real life courtroom drama. Fairstein, however, is not so generous and refuses to this day to admit to any wrongdoing.

Meanwhile, pro-life groups are urging people to cancel their Netflix subscription because the company has vowed to fight against Georgia’s new anti-abortion laws, and also threatening to pull production from the US state along with Disney. What next, a religious boycott of …Disney???

Two decades ago, these same Americans were protesting about Tales Of The City for showing gays on TV. Now Armistead Maupin’s Tales of the City (today on Netflix) is back, with Olympia Dukakis and Laura Linney reprising their beloved roles. The last time Tales was on TV, Toadie was driving Dee off a cliff into the ocean. Since then, even Ramsay Street now has gays and Armistead Maupin has continued to write new novels about 28 Barbary Lane.

In other words, Netflix didn’t have to start from scratch with scripts for this new series. If only Aussie author Lianne Moriarty had been given more time to write another Big Little Lies. And given she loves a beach setting, maybe she could also resolve the mystery of Dee.