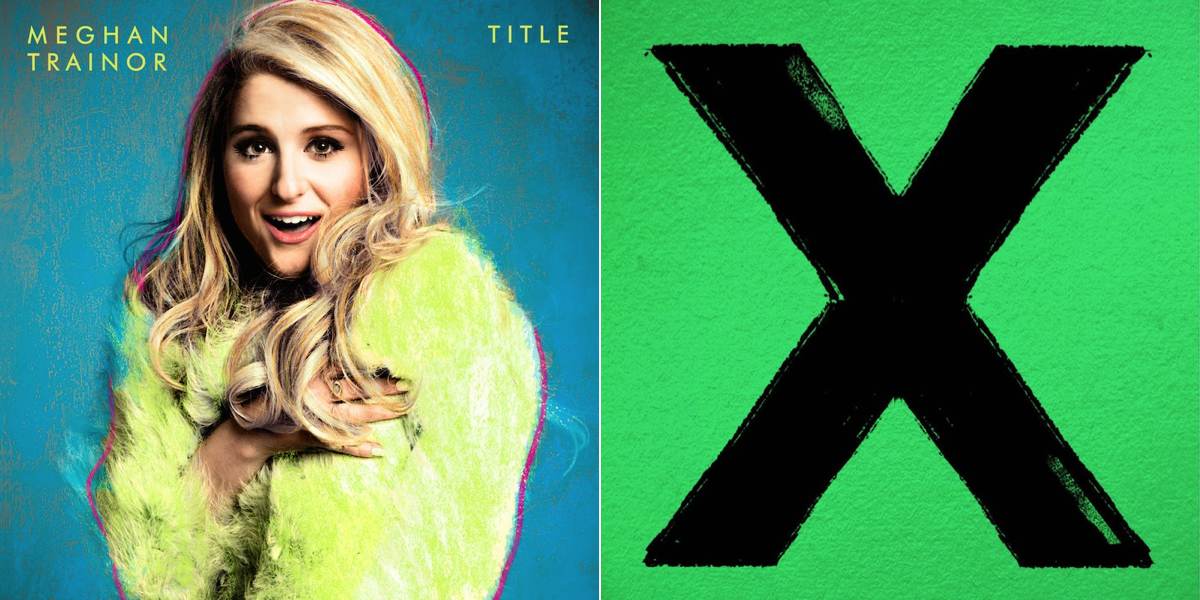 It’s been 11 months since Meghan Trainor topped the singles chart for the first time with “All About That Bass” and now she’s done it again with “Like I’m Gonna Lose You” featuring John Legend. Trainor has a good hit record – two #1s from the four singles released so far from her debut album which is top five again after 24 weeks on the chart.

Conrad Sewell dropped a spot to #2 with “Start Again” ending a short one-week stay on top after five weeks on the chart.

There are three new top 10 entries all from a little lower down the chart:
#12 to #8 for Little Mix with “Black Magic” after four weeks
#11 to #9 for Ed Sheeran with “Photograph” after nine weeks on the chart
#14 to #10 for Kygo with “Firestone” featuring Conrad Sewell

Four new entries landed inside the top 50 toward the bottom of that chart:
#36 Travie McCoy with “Golden” featuring Sia
#41 Selena Gomez with “Good For You” featuring A$AP Rocky
#47 Galantis with “Peanut Butter Jelly”
#48 Chet Faker with “Bend”

Ed Sheeran and his album “X” have started a second year on the chart the same way they started the first – at #1. The six times platinum album could stay high in the chart as Sheeran plays a sold-out stadium tour of Australia later this year. His appearance on the just-announced Nova Global Red Room Tour will see a flood of Nova listeners trying to win a spot on the trip.

Florence + The Machine and Muse both remain top five with one of the newcomers Hilary Duff with her new entry at #4 – “Breathe In. Breathe Out”. The charts success comes off the back of a successful round of radio interviews.

The other top five newcomer is a re-entry for Meghan Trainor with “Title” up from #10 to #4.

A second new entry in the top 10 is American singer-songwriter Leon Bridges with “Coming Home” at #8.

There were a total of nine new entries inside the top 50. The seven landing outside the top 10 are:
#11 Breaking Benjamin with “Dark Before Dawn”
#12 James Taylor with “Before This World”
#17 Lindemann with “Skills In Pills”
#28 Oh Mercy with “When We Talk About Love”
#29 Everything Everything with “Get To Heaven”
#32 Tim McGraw with “35 Biggest Hits”
#41 Wolf Alice with “My Love Is Cool”