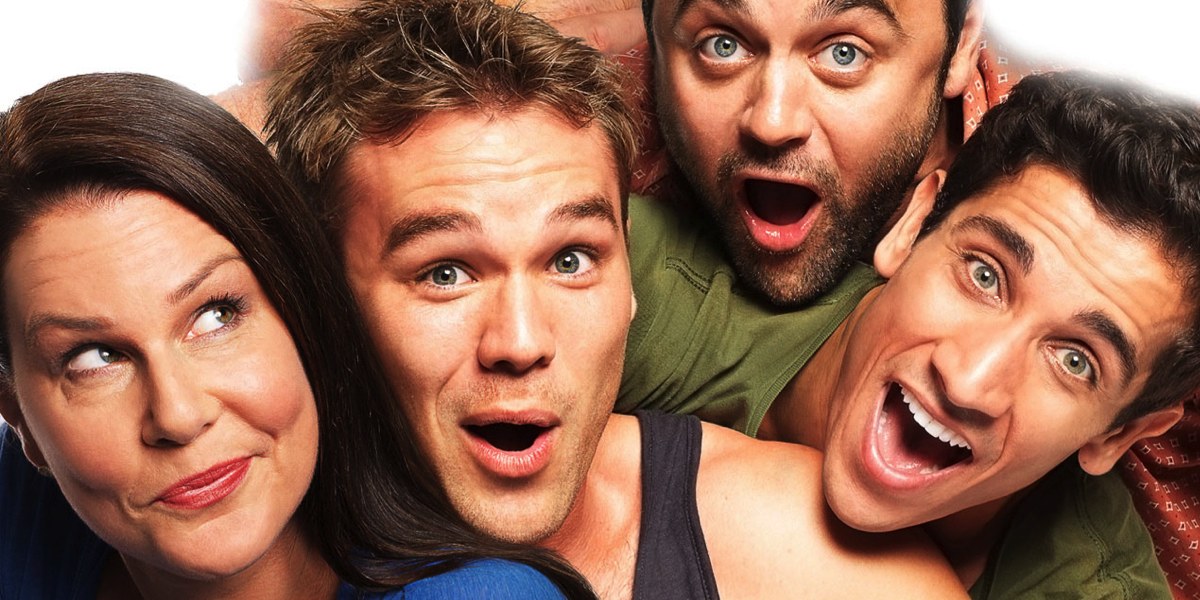 Pitching to being on air: House Husbands creators Ellie Beaumont and Drew Proffitt

By James Manning and Andrew Mercado

Playmaker Media has been the production house making some of Australia’s most successful drama series in recent years with both House Husbands and Love Child finding a home and big audiences on Nine.

During a Mediaweek interview with the House Husband’s creators Ellie Beaumont and Drew Proffitt, they were asked if there was any in-house competition at Playmaker over the title of “Australia’s most-watched drama series”.

Proffitt: “We are good friends with Tim Pye who is the Love Child showrunner and there is a little. It comes out in table tennis matches.”

When talking about the initial pitch for House Husbands, Proffitt said he was working on the Scribe initiative that Playmaker set up with funding from Screen Australia. He was working with the creators of Hiding and The Code which had already gone into development for the ABC. “I was feeling a bit competitive and thought I really needed to come up with a show. At the time I was living in Sydney near Marrickville Metro and I used to procrastinate there regularly. On the way to my shopping centre there is a primary school and I noticed there were quite a few dads picking their kids up from the gate and I wondered if there could be a character in the show who is a house husband. When I couldn’t think up any more characters I said maybe there should be four! [Laughs]

“Channel Nine liked the idea after Playmaker’s David Taylor and David Maher mentioned the project in passing. Nine later called them back and asked to see the pitch document.

“I called Ellie immediately, because we were working on other projects, and I begged her to do it. She initially said no, I then sent her the pitch document and she said yes. Thank god, because I don’t have children.”

When asked why he picked Beaumont, Proffitt said: “Because I love her.” The fact she is a great writer and also has four children were also contributing factors.

Beaumont and Proffitt first met at Network Ten where they were working together on a show that Justine Clarke was in – the telemovie Go Big.

“Ellie wrote the House Husbands pilot which everyone loved and Nine basically commissioned the show off the script for the pilot. We pitched it in September, got the green light in January and were in production in April and on air in September.”

Beaumont: “We were then in development for series two a weekend after that.”

Beaumont was very excited about the hiring of Justine Clarke for the new season. “We are big fans and she really is one of Australia’s greatest actresses. She gets the comedy and the drama, and it isn’t easy.”

Proffitt: “It was also a bit of a childhood dream getting Jane Kennedy on the show as well. That was a bit of a moment for us because we are massive Frontline fans. She plays the boss of the hospital so she has quite a few scenes with the character of Abby played by Natalie Saleeba.”

Both creators have an involvement in post production. “One of the good things about Playmaker is that they let the writers see the work all the way through,” said Beaumont. “We are involved at every stage.”

As to former projects that the creators drew on for House Husbands, Proffitt mentioned Lockie Leonard. “There was a lot of humour in that show, yet still quite heartfelt and the heart of it was a family drama.”

Both creators wanted Gary Sweet to be part of the show and they and the network were all thrilled when he said yes. “Gary was the first actor we had in our heads,” they both explained.

Beaumont said Julia Morris had been talking to Nine’s Michael Healy about a project she could work on. Beaumont: “When he suggested Julia Morris we were really excited because we were both big fans. Comedy is such a big thing for us. Julia brought us Gemma who was initially a younger woman. She did an amazing audition. I love the fact it is not a younger woman.”

Beaumont said all the long-term cast start to become their characters, as she explained the writers “tend to steal from their lives”.

As to what you have to show a network when pitching a new program, Beaumont said: “It depends on who you are and where you are at with the network and if they know you or not. If you don’t know the head of drama it needs to be a pretty hefty document.”

Proffitt: “We deliberately used the words ‘modern family’ in the House Husbands pitch. It was a story about modern families so we were clearly referencing that. It was something of an easy pitch because the title suggests straight away what it is.”

When talking about plotting out a series, Beaumont noted they do that early on. “We try to, but then decide it is shit and chuck it all out! And then we might use everything we had in mind for the 10 episodes in the first couple. We plot it all on a white board – people can’t believe how archaic we are.”

The creators also revealed they speak on the phone late at night if they come up with good ideas. Beaumont: “It got to the point where my little boy thought Drew lived in my computer because of all the Skype we do.”

When asked about creative differences between the two, Proffitt joked: “We are actually estranged at the moment. This interview is very hard for us.” [Laughs]

[blockquote style=”3″]Mediaweek Podcast
Listen to the 60-minute interview Mediaweek’s James Manning and Andrew Mercado had with the House Husbands creators. There is greater detail about the reason the main cast members were chosen, the supersized first episode (and a tip about which other ep is supersized too) and they even admit to lacing their scripts with in jokes and references to the crew![/blockquote]