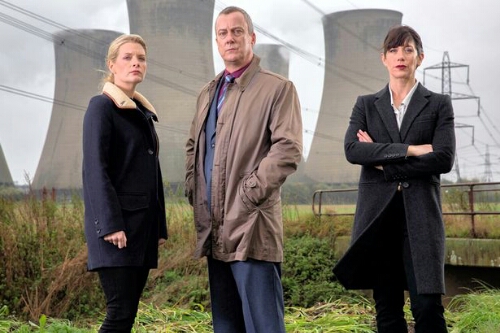 Say Yes To The Dress Australia 7.30pm on TLC
Sydney-based wedding dress designer Adam Dixon is the lucky man who is fronting the first local version of this hit format. At just half an hour per episode, and with only six in the can for this first series, it’s short and sweet but can it last as long as the mother ship? The original US version is now in its fourteenth season and this Aussie version is its seventh spinoff.

DCI Banks 8.30pm on BBC First
Now in its fifth series, the hit British crime drama has a first this year when it covered one major story across all six episodes. And although the show has moved away from the the original books it was based on, author Peter Robinson still works on the show as a script supervisor to keep things authentic.

From Dusk Till Dawn 9.30pm on FX
This third series, which premiered in the US last month, would appear to cover similar ground as Supernatural given it features two brothers fighting the “forces of hell”. Meanwhile, the original 1996 Quentin Tarantino movie with George Clooney that this series is based on screens this Friday at midnight at Tarantino’s Beverly Cinema in LA as a lead-in to Halloween.