Bauer Media’s Australian boss has pleaded with the ACCC to allow the takeover of Seven’s Pacific Magazines in the interest of the struggling industry, pointing to growing unregulated online competition backed by the findings of the watchdog’s own digital platforms inquiry, reports The Australian’s Leo Shanahan.

The call by Bauer ANZ chief executive Brendon Hill comes in a week that The Australian revealed the German-based media conglomerate lost a private equity suitor after Mercury Capital pulled out of a reported $150m offer to buy the Australian arm of Bauer Media. The buyout would have proceeded only had the Pacific deal gone ahead, but last year the competition watchdog released a discussion paper outlining several possible barriers to the $40m merger, voicing concerns over possible price rises and declining quality of the titles.

One is Australia’s most prominent conservative radio personality. The other hosted the ABC’s most controversial progressive panel show for more than a decade, reports The Australian’s Nick Tabakoff.

The aim, apparently, was to have a panel show full of fiery debate between two opposing political viewpoints, much like CNN’s now-defunct panel show Crossfire.

The unmourned dissolution of Sydney public relations firm Cato & Clegg Partners last month was necessitated by the spectacular disintegration of relations between its two banner names, Sue Cato and Brett Clegg, over his secret receipt of 40,000 share options in their client, Afterpay, reports The AFR’s Joe Aston.

Farewell pleasantries were somewhat abridged and so was hurriedly born Cato & Clive Partners.

Having announced her happy new shingle on December 18, Cato only got around to registering its name with the Australian Securities & Investments Commission on January 8 – a staggering failure of rudimentary business administration.

ASIC quite rightly rejected that application because we (being JM Aston Pty Ltd) had already registered it. Yes, the business name Cato & Clive Partners has been unavailable (to her) since December 20. Cato, one might safely assume, is nonplussed for a second time in as many months.

Extraordinarily, Cato and Mathieson continue to trade under the name Cato & Clive Partners despite not being that name’s rightful owner and the Commonwealth’s Business Names Registration Act of 2011 stipulating that “an entity commits an offence if the entity carries on a business under a name and the name is not registered to the entity.”

Look, we’re reasonable people, so despite their repeated and gross infringement of our property rights, we expressed to Cato and Mathieson our willingness to consider transferring ownership of our business name to them in return for a sizeable charitable donation to bushfire recovery efforts – and they have proposed disbursing $50,000 to GIVIT’s New South Wales and Queensland Fires appeals.

Veteran newsreader Kay McGrath had an emotional send off from the newsdesk in what was her final bulletin on Australia Day, reports News Corp’s Sophie Chirgwin. 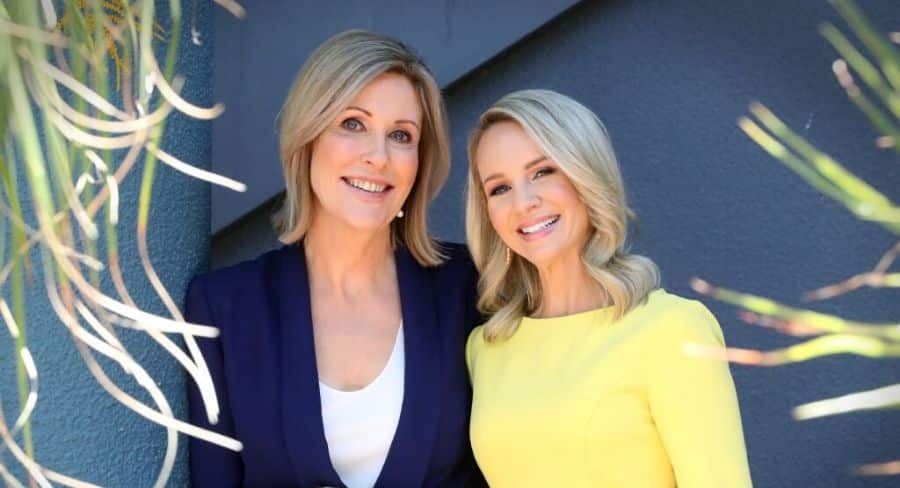 In a highlight reel, Channel 7 viewers on Sunday night watched 40 years of McGrath’s outstanding career in just a few short minutes – from covering Cyclone Larry to royal weddings to fighting back tears while reading out Brett Peter Cowan’s guilty verdict live on air.

McGrath became emotional last night when she paid special tribute to viewers who she said she “wouldn’t be here without”.

The veteran reporter said she is not retiring, but rather repurposing. She signed off from the weekend newsdesk for the final time, but will remain with Seven doing special reports and mentoring.

Her replacement, Katrina Blowers, thanked McGrath for paving the way for women in media.

“Kay, it’s been an absolutely privilege to have your blessing as I step into your very stylish shoes,” Blowers said.

The Courier-Mail revealed Creek to Coast and an amalgamated version of Queensland Weekender and The Great Day Out, titled Weekender, will return from February 8 and 9, two months after they were dropped by the network following twenty years on air.

The backflip came as a result of the overwhelming backlash when The Courier-Mail reported the shows’ axing in late November, which encouraged Seven Queensland boss Ben Roberts-Smith to reach out to the shows’ major sponsors, who agreed to provide the funding withdrawn by Seven in order to keep the shows on air.

“When we announced the changes, the viewers made it pretty clear that the shows were much loved and will be missed. We heard those comments loud and clear,” Roberts-Smith told The Courier-Mail.

“Fake drama”: Change of tune for returning host of The Voice?

Returning host for The Voice Darren McMullen is much loved within Nine, having most recently appeared on SeaChange, reports TV Tonight.

Last week he was announced as returning to the singing talent show alongside his former stablemate at Channel [V], Renee Bargh.

But has he had a change of heart over the show?

In 2016, after his exit as host, he told TV Tonight he didn’t watch the show and wasn’t a fan of “fake drama”.

“I couldn’t watch any more kids getting their heart broken because they thought their dreams were over. It’s not the kind of television I watch,” he admitted.

Dual international Wendell Sailor won’t be afraid to take aim at his own son when he joins Gus Worland and Swans legend Jude Bolton on air as they resurrect the Dead Set Legends radio show on Saturday, reports News Corp’s David Meddows.

The popular sports talkback show is returning after being axed by Triple M in 2016 and the two-hour Saturday morning format will see the trio analyse the different codes and the issues facing them – both on and off the field.

Streaming giants Amazon and Netflix and global technology companies such as YouTube are set to be part of the bidding for global Australian Open broadcast rights, potentially making tennis the first major Australian sport to strike a deal with an international technology behemoth, reports The Australian’s John Stensholt.

Tennis Australia (TA) has lined up its international rights, including the US and Europe, to expire in 12 months after the 2021 Australian Open next January.

The move positions it to be able to then negotiate with streaming and social media giants, who are expected to compete with incumbent broadcasters such as ESPN in North America and Eurosport across Europe and Britain.

While TA makes about $60m annually from its domestic deal with Nine Entertainment, the organisation now makes significantly more from international rights holders.