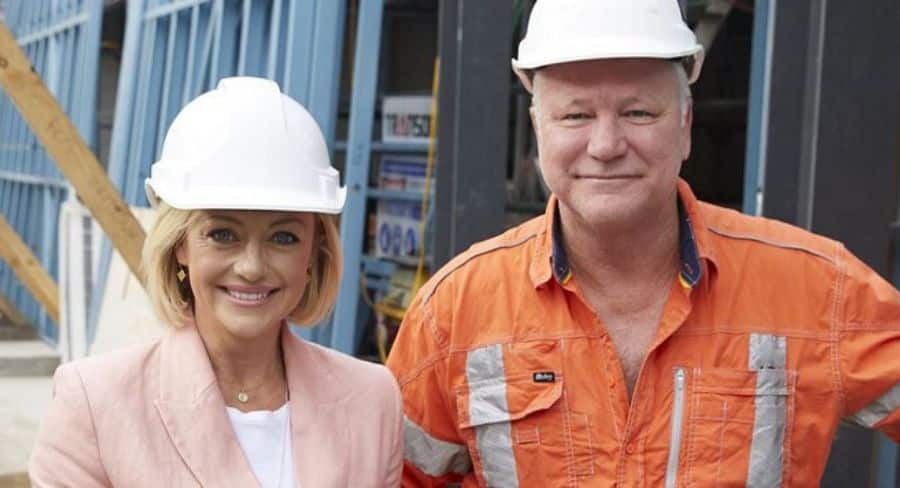 The ABC has delayed the announcement of its five-year blueprint and job cuts, which was slated for the end of the month, as it focuses on its staff welfare and news reporting on the coronavirus pandemic, reports The Australian’s Lilly Vitorovich.

Managing director David Anderson wrote to staff on Tuesday afternoon telling them of the decision, as the government introduced new measures to curtail the spread of COVID-19 and ordered that non-essential big group gatherings stop.

Anderson said he will come back to staff with “more information on the five-year strategy announcement as soon as we have returned to normal levels of activity”.

The five-year plan was expected to include the loss of around 200 jobs following an extensive review of ABC’s television, radio and online operations, aimed at plugging an $84m budget hole. The ABC was planning to focus beyond the inner cities to suburban and rural communities and improve its representation of multicultural Australia.

The Block 2020 will continue production amid coronavirus threat

The cast of The Block, alongside host Scott Cam, watched the Prime Minister’s address about the nation’s response to the coronavirus together this morning on site.

The producers of The Block are going to unprecedented levels to make the site safe for everyone, are following all the advice from the Government and giving briefings to contestants throughout the day as the coronavirus situation develops.

Executive Producer and co-creator of The Block, Julian Cress, said they are taking the situation very seriously and will continue to do so, but as of now, the construction is continuing.

“We all stopped this morning to watch the address from the Prime Minister, this is a very fast moving situation,” he said.

As soon as the inevitable decision was announced, the equally predictable responses rolled in: Eurovision’s cancellation was apparently a “silver lining” in an otherwise grim global crisis, reports Nine publishing’s Bevan Shields.

Yes, it’s only a song competition. And the pandemic that felled the contest is first and foremost a grave public health emergency.

But with hundreds of millions gripped by deep anxiety and dread over the coronavirus outbreak, the loss of yet another event that spreads joy during troubled times is nothing to celebrate.

Eurovision’s cancellation is a cultural moment for the continent. The contest was created out of the ashes of World War II and has been uniting an often divided Europe for 64 years since. It has never before been cancelled. Two hundred million people watch on television. Thousands of people will now be out of work and many more fans have had their travel plans thrown into chaos.

Executive producer Sietse Bakker said Eurovision’s loyal community would be disappointed but said perspective was important because “we realise that this decision and its consequences don’t compare” to the challenges faced by Europe during the worsening pandemic.

Rebecca Maddern has been cleared of a coronavirus test and is returning to Australian Ninja Warrior, reports TV Tonight.

She self-isolated as a precaution following a positive test by Today co-star Richard Wilkins, missing two heats with Shane Crawford alongside Ben Fordham.

“I’m negative and that means I’m back to work and back on the set of Ninja Warrior, that I can’t wait for,” she said.

“I hope he had a really good time but sorry Shane I’m back.

“I’m really thankful for him and I’m sure he would have done a terrific job. By all reports he smashed it out of the park.”

Nine has confirmed Season 4 will continue filming at Melbourne Showgrounds.

In the volatile, fictional world of Homeland anything is possible

Producers Alex Gansa and Howard Gordon, who adapted their thriller Homeland from the Israeli series Prisoners of War (Hatufim), have planted a time bomb under its eighth and final season, reports The Age’s Debi Enker.

When the 12-episode swansong began, CIA officer Carrie Mathison (Claire Danes) had just been released from a Russian prison. During her incarceration, she’d been interrogated and denied the medication she needed for her bipolar disorder. Her memories of the time in jail are hazy, shrouded in shadow, returning in jarring fragments. She doesn’t know what she said or did and large chunks of her time are lost or – at least temporarily – forgotten. So this fierce heroine, a relentless fighter for her country, has now become even more unreliable.

Carrie has always been a maverick: impulsive, reckless, erratic. But also really good at her job, the kind of agent who spots things that others miss. Not one to follow orders, she’s both a loose cannon and a valuable weapon for her country. Now her time in Russia threatens to affect her, and her work, in myriad ways.

As she’s gone about her business, cutting short her convalescence and returning to the frontlines at the behest of her boss, mentor, friend and father figure, Saul Berenson (Mandy Patinkin), Homeland has continued to explore the murky operations of the international intelligence community.

Patinkin has said he hoped that Homeland would end on an optimistic note. That’s hard to imagine, although in this volatile fictional world, anything’s possible.

Homeland is on SBS Viceland, Monday, 8.30pm, and On Demand.

Andy Lee’s pitch for Front Bar: ‘I’ve been in training for 15 years’

Seven, along with the actual footy, the funny and irreverent Front Bar has returned with a star recruit – comedian Andy Lee, reports The Age’s Bridget McManus.

“It’s obviously a stretch to have to sit down and talk footy while having a beer, so I said to them, ‘Look I’ve been in training for this for around 15 years. I think I’m the right man for the job,” says Lee.

“I’ve loved Channel Nine, but it doesn’t mean you can’t love other shows and play elsewhere and I think the television industry has to start understanding that,” says Lee. “As a whole, the television industry could band together a touch more because they’re competing against outsiders. It’s kind of like when the White Walkers came in Game of Thrones and everyone had to settle their differences.”

A Carlton supporter by birth (former player Kevin Hallis his father’s cousin), Lee understands the emotional connection generations of men have with the game. But he has seen how the “religion” holds the same meaning for women.

On their 35th anniversary – to the day – Neighbours has announced it will suspend production – but only until next week – while it assesses filming procedures, reports TV Tonight.

Producers, cast and crew hope to come up with a workable solution, such as smaller crews, to resume work next week.

Network 10 and Fremantle said in a statement, “Neighbours has decided to take a short break this week to ensure the production model in place can withstand any potential impact of the current COVID-19 situation. Today, all cast and crew met to discuss this issue as a result of a specific concern about the pandemic.

“Production will resume on Monday as planned with no interruption to the on-air or delivery schedule. The health and well-being of everyone on the set of Neighbours will always be our priority.”

Robbo: Starting the 2020 AFL season today was the right decision

D-Day was Gill-Day on Wednesday and the most confronting decision in AFL history — to play or not to play — got the green light.

It was the right decision, comments News Corp’s Mark Robinson.

Others will vehemently disagree.

But as the national coronavirus crisis grows by the day, AFL CEO Gillon McLachlan determined the show must go on, a decision that perhaps will define his legacy as chief executive.

It is a momentous and brave decision.

In some ways, it seems unreal.