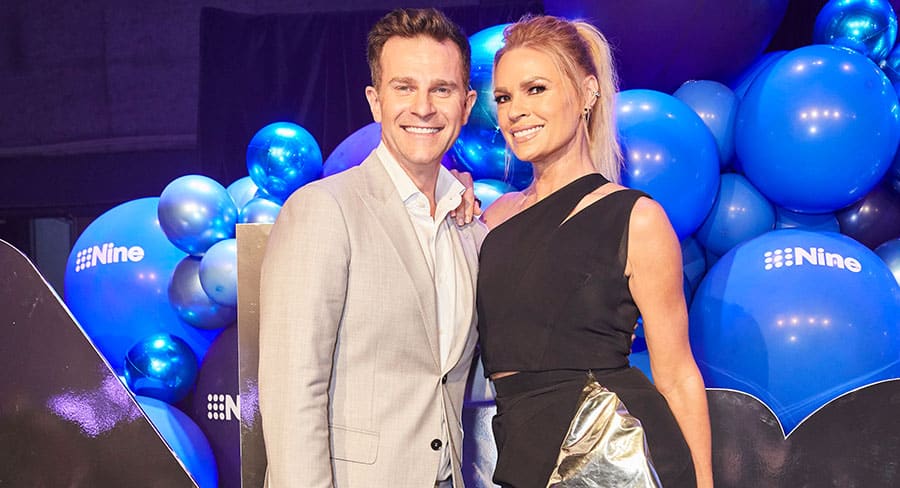 Hollywood on the Gold Coast: Stars test positive to coronavirus

After rubbing shoulders just weeks ago with fellow A-listers including Renee Zellweger and Tom Ford, the movements of coronavirus-stricken actor Tom Hanks and wife Rita Wilson in Australia are the latest twist in the battle to contain the spread of the virus, report The Australian’s Charlie Peel and Leo Shanahan.

The star couple have been back and forth between Australia and their home in the US in recent months, and health authorities believe they contracted the virus before returning to the country last week.

The diagnosis has sent the Nine Network into a spin after Wilson, who has performed sold-out shows as a singer in the past week in Brisbane and Sydney, appeared live in the station’s studio on Today Extra on Monday.

Karl Stefanovic filled in as the host of A Current Affair on Thursday night as a precaution for regular host Tracy Grimshaw, who has recently had surgery.

Nine’s entertainment editor Richard Wilkins will also take time off from work as a precaution after he spent time with Wilson during the week.

The Village Roadshow studio in the Gold Coast suburb of Oxenford was shut down on Thursday morning following the diagnosis.

The new business channel ausbiz is the brainchild of Sunrise host David Koch and former Sky News executive and ex-Your Money CEO Kylie Merritt, who must figure there’s a way to succeed where Your Money failed, reports The AFR Myriam Robin.

Those financially backing their vision (according to ASIC) include ex-St George CEO Jim Hazel, Adelaide Football Club chairman Robert Chapman (who clearly doesn’t mind investing in something started by the chairman of local rival Port Adelaide), Canberra family-run property developer BISA Property and Pocketbook founders Bosco Tan and Alvin Singh. And with a tiny 1 per cent stake: the still Washington-based Joe Hockey and wife Melissa Babbage, who put in $10,000.

Radio giant Southern Cross Austereo, is working on plans to allow high profile presenters such as Carrie Bickmore and Dave Hughes to broadcast from their homes, report Clancy Yeates and Zoe Samios.

Broadcaster Southern Cross Austereo, which runs stations Triple M and Hit, used specialised technology to ensure staff across its 65 offices, including radio talent, can work from home should they be required.

Chief executive Grant Blackley and chief technology officer Stephen Haddad are working together to ensure all staff at the company, which runs Hit and Triple M radio networks are aware they can do their jobs – be it advertising slots or running radio shows – from outside of the office.

“We are planning for an event that could potentially lock the doors on every single building we have around the country, and for us to operate continuously from a remote location, with 2500 people within our company. We are planning for that as a necessary next step that could occur,” Blackley said.

COVID-19: Australian TV and the impact on COVID-19

Australian television is coming to terms with the impact of COVID-19 on current and upcoming productions, reports TV Tonight.

The Amazing Race Australia has already confirmed it will not be filming overseas this June, playing it safer with a domestic race. But it’s far from being alone.

Multiple Australian productions are faced with big decisions to keep cast & crew safe, whether due to international travel, studio audiences or fan events. Almost all Australian shows entail a degree of domestic travel for crew/guests.

Q&A tells TV Tonight: “It’s an evolving situation that we’re keeping under continuous review. Currently we’re advising people that if they have any symptoms of illness they should not participate in the studio audience.”

Australian Survivor is due to film from April in Fiji and is yet to advise of any changes, following CBS suspending the US Survivor.

It’s also not clear how dating shows, which film intimate body to body contact will fare, including The Bachelor and The Bachelorette.

Sonia Kruger: ‘Coming back to Channel 7 has been so easy’

Turns out sometimes the grass actually is greener on the other side, and Sonia Kruger’s defection from Channel 9 to major rival Channel 7 is proof, report News Corp’s Angira Bharadwaj and Sally Coates.

The newly announced host of Big Brother 2020, judge on Australia’s Got Talent and member of the Tokyo Olympics news team said it did not take long to feel back at home at the station she left almost a decade ago.

“Coming back has been so easy,” she told Confidential.

“I thought ‘Is it going to be weird because I’ve been away for eight years?’ but literally after two weeks it was like I never left.”

It was announced yesterday that the 54-year-old would join Channel 7 talent Bruce McAvaney, Abbey Way, Mel McLaughlin, Johanna Griggs and Hamish McLachlan covering the Tokyo Olympics over July and August.

Unlike the veterans, Kruger said she saw her job to represent the regular Aussie viewer.

“I’ll just bring the entertainment, I’ll be every person out there who watches the Olympics and barracks for Australia.”

A Married At First Sight contestant has claimed Elizabeth Sobinoff was being fed lines by producers via an earpiece during her first dinner party, reports news.com.au’s Andrew Bucklow.

Mishel Karen made the claim on news.com.au’s Not Here To Make Friends podcast last night.

“Michael and I had a go at her (Lizzie) because she was wearing an earpiece for the first week,” Mishel said.

She claimed that Lizzie was also being fed lines during her first commitment ceremony.

“We were just so suss because of the way she wore her hair,” Mishel explained. “She never wears her hair over that ear. Then when you see her on the commitment ceremony, again it’s like that.”

Mishel said on the podcast that she and Michael actually confronted Lizzie about the earpiece at last night’s dinner party, but unsurprisingly the scene didn’t make it into the final edit.

Australian Grand Prix to be called off after coronavirus tests: reports

There has been no official confirmation from F1 or governing body the FIA but the news follows a McLaren team member testing positive for coronavirus.

The situation rapidly developed throughout Thursday night in Melbourne and an announcement that the race will not take place is now expected.

The decision throws into doubt the rest of the Formula 1 season.

An initial meeting of team bosses with F1 and FIA officials on Thursday night, after a tense day in the paddock at Albert Park, broke up with an agreement to carry on with Friday practice as normal and review the situation later that day.

But the plans changed later in the evening as several insiders – including leading drivers – expressed their concerns about the idea of racing amid the risk of further cases of coronavirus in the tight-knit F1 paddock.

McLaren pulls out of GP after Lewis Hamilton slams organisers

The Australian Grand Prix Corporation was in urgent talks late Thursday night with Victorian Health authorities and Formula 1’s governing bodies about the future of the Melbourne Grand Prix in the wake of a McLaren team member testing positive for the coronavirus, report The Australian’s Stephen Lunn, Damon Johnston and Tessa Akerman.

The McLaren team pulled out of the Melbourne Grand Prix on Thursday night after a team member tested positive for COVID-19, throwing this weekend’s Formula One race into disarray.

Earlier, the best Formula One driver in the world, Lewis Hamilton, launched a scathing attack on race organisers for going ahead with the race as the coronavirus threat escalates worldwide.

The Mercedes driver said his sport was falling behind in its response to the COVID-19 global pandemic, and suggested organisers were putting money before safety. “I am really very, very surprised we are here. I think motorsport is great but … it is really shocking that we are sitting in this room,” the six-time F1 world champion said at a drivers’ press conference on the opening day of the four-day event.

How coronavirus will restrict how you watch 2020 AFL season

The Herald Sun has revealed the AFL had taken steps to maintain media access to players and coaches this season to ensure fans remain connected to their clubs, report Sam Landsberger, Jay Clark and Glenn McFarlane.

The potential that games will be played in front of empty stands has forced the league to act on a new set of guidelines to ensure fans continue to see and hear from the game’s stars in the media.

The press conference will be held in a controlled manner where the players and coaches will be sat behind a desk to maintain space between them and reporters.

Only the host broadcast staff will be allowed into the clubs’ change rooms.

Newspaper and radio interviews will be conducted either over the phone, or in a clean studio.

“Right at the moment, we are looking at every single scenario,” Marsh said.

3AW announced this week that Kevin Bartlett is coming back to the 3AW Football commentary team for the 2020 AFL season.

Bartlett will call for 3AW every Sunday, as well as doing occasional Saturday twilight fixtures. 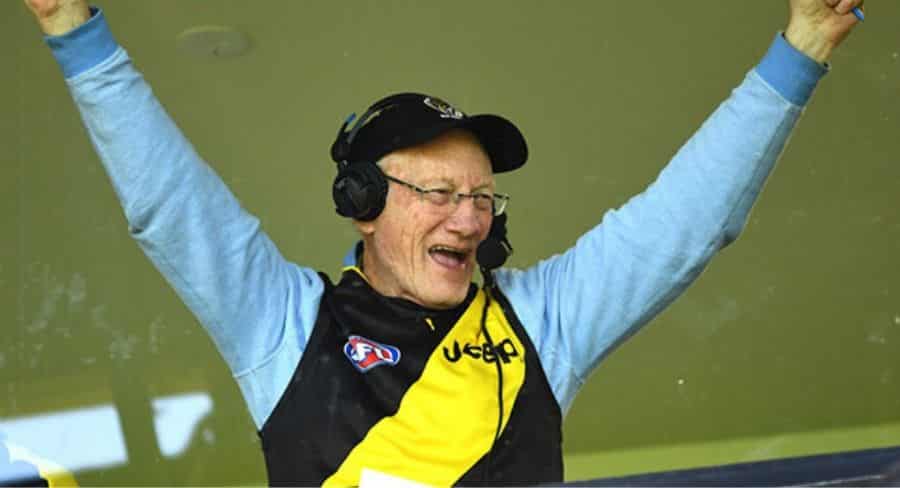 Affectionately known as “Hungry”, Bartlett donned the yellow and black for Richmond 403 times between 1965 and 1983, ranking him third on the game’s all-time playing list.

He also parlayed his playing and coaching days into a highly successful career as one of the AFL’s foremost analysts.

Bartlett’s first match in the 3AW commentary box will be the Hawthorn v Brisbane clash this Sunday, March 22, at the MCG.

It will mark a homecoming to the station – Bartlett previously called for 3AW in the 1990s.

In recent years Bartlett hosted the top-rating morning program on SEN 1116 before moving to a short-lived drive show where he co-hosted with Dr Turf.

Kevin Bartlett said: “I’m thrilled to be back on 3AW as I have great memories of calling the footy, hosting the Saturday sports show and working on the breakfast program. 2020 is going to be a massive year of football, and for me 3AW Football is the place to be.”