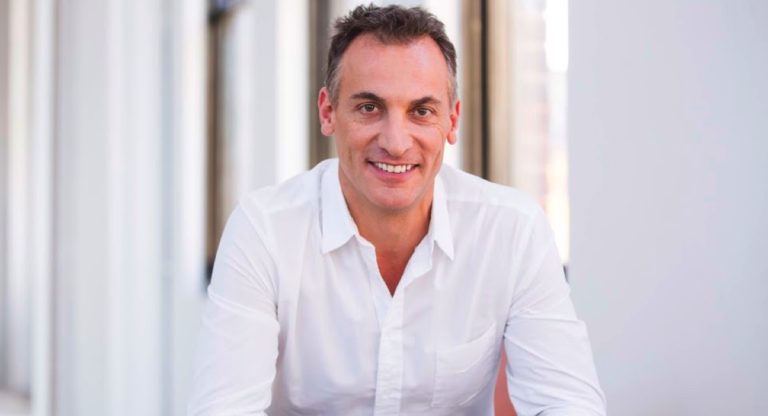 Prime Media Group chairman John Hartigan will proceed with a vote this week for a desired merger with Kerry Stokes‘ Seven West Media despite knowing it is doomed to fail after two heavyweight shareholders “hijacked” the deal, reports The Sydney Morning Herald’s Jennifer Duke.

Hartigan said Prime believed it was “very important that all shareholders are afforded the opportunity to vote irrespective of the two large shareholders who have stated their intentions to vote against the scheme”. Prime would incur a $600,000 break fee if it pulled the deal ahead of the vote.

“In the event it is voted down it will be a great shame for the many retail investors who understand the competitive headwinds and earnings trajectory,” Hartigan said.

“Instead the vote will have been hijacked by two investors with entirely different agendas. Should the vote fail, it will be business as usual – noting the continued and increasing competitive pressures from unregulated digital platforms.”

Carsales has been among parties running the numbers on the business, alongside a host of private equity players.

It is unclear whether the Cameron McIntyre-led company was prepared to take its interest further in the €2.3 billion ($3.7 billion) auction.

However, sources close to the company noted it would be a big move for Carsales, which has a $4.1 billion market cap so would effectively be bidding for a company almost as big as itself.

News Corp’s Annette Sharp was in the front of The Sunday Telegraph writing about Sydney’s light rail on the weekend. But later in the paper she was again keeping a watch on the Nine Network. The latest instalment comes days after it was revealed Nine’s Karl Stefanovic is taking legal action against Sharp and her publisher. This week the columnist’s focus was the Nine CEO’s track record:

A barely recognisable Nine, sans the heavy weaponry that once made it unassailable – top-rating news, big-budget current affairs and cricket – has overcome a 12-year losing streak to claim the 2019 television ratings battle, reported Sharp.

Hugh Marks celebrated four years in the CEO job, one he described as the “best in Australia”, last month.

They have been a test of the former lawyer-turned-numbers-man who has gained a reputation, despite his congeniality, for being ruthless when sizing up one of television’s sometimes most under-appreciated assets – its stars.

And there has been much change on Marks’s watch.

Inclined to deputise, delegate and retreat to focus on bigger picture issues – such as the acquisition of Fairfax last year – leaving his generals to manage the day-to-day business, Marks’s record for success has endured many ups and downs during his first four years in the job.

News Corp Australia has bolstered its digital advertising firepower against social media players Facebook, Twitter and Instagram by striking an exclusive deal with US group Polar to use its technology, reports The Australian’s Lilly Vitorovich.

Neil Robinson, managing director of digital solutions at News Corp, said the exclusive use of Polar’s social display technology, which it has been testing for 18 months, will give the company an advantage over its publishing rivals.

Call for news ban on digital giants Facebook and Google

Digital platforms would be banned from using any news publisher’s content or data unless all major news organisations sign on to a new code of conduct overseen by the competition regulator, under a plan from Australia’s largest media company, reports The Australian’s Leo Shanahan.

News Corp Australia has endorsed a plan by the ACCC and the Morrison government for a new code of conduct to be drawn up between the likes of Facebook and Google and media companies, on the proviso that all major publishers sign up to the codes.

Major publishers would include – but not be limited to – News Corp, Nine Entertainment, Seven West Media, The Guardian, the ABC and SBS.

Queensland could be sparring off with NSW to host Mel Gibson’s next blockbuster. Both Screen Queensland and Screen NSW are lobbying to secure the film, which is rumoured to be a World War II drama titled Destroyer, reports News Corp’s Amy Price.

Gibson travelled to southeast Queensland in October on a location scouting trip, touring Brisbane and the Gold Coast, with plans to shoot his next film in mid-2020.

He previously met with Screen Queensland executives in mid-2018.

“We are trying to get the Mel Gibson movie here (to Queensland) at the moment,” a Government insider told Confidential.

“NSW are being really aggressive with it. That’s the challenge the moment.”

“That shoot, it’s different to Aquaman and Thor (Ragnarok) where it was all sound stage-based, this shoot will be 80 to 90 per cent on location so the money goes into the broader community a lot more, so that would be a great outcome if we could get it.”

Gibson’s war epic Hacksaw Ridge (2016) generated about 720 jobs and more than $26 million in production expenditure across Sydney and regional NSW.

Lachlan Murdoch, media executive and son of media mogul Rupert Murdoch, has paid roughly US$150 million for Chartwell, a Bel-Air estate, according to people familiar with the deal, reports The Wall Street Journal.

When it listed in 2017 for US$350 million, the château-style home was the most expensive in the country. While this deal falls short of that, it still sets a record for a home in the Los Angeles area. It is also the second most expensive residential sale ever recorded in the country, according to data from appraiser Jonathan Miller.

Sitting on more than 10 acres, Chartwell was designed by architect Sumner Spaulding in the 1930s as a French Neoclassical-style mansion, according to the listing. The exterior of the 25,000-square-foot house was used as the Clampett residence in the television show The Beverly Hillbillies.

An Afghan National Army soldier said to have been present when Victoria Cross recipient Ben Roberts-Smith allegedly ordered the execution of an unarmed civilian was not in the village when the supposed war crime occurred, a court has heard, reports The Australian’s Paul Maley.

Lawyers for Roberts-Smith told the Federal Court that one of the conspirators in the alleged 2012 murder of Ali Jan was not on the SAS-led mission to the village of Darwan on September 11, 2012 – the date when the murder is said to have taken place.

The claim, if proven, is a major blow to The Sydney Morning Herald, The Age and The Canberra Times, which are being sued by Roberts-Smith over a series of 2018 articles that he claims portray him as a war criminal, a bully and an abuser of women.

The new police investigation is looking into allegations Roberts-Smith is implicated in the summary execution of a man at a compound in southern Afghanistan in April 2009. Two separate teams of federal police detectives are now investigating Roberts-Smith over his alleged involvement in the murders of unarmed men including one detainee.

Roberts-Smith has hired a team of lawyers including top barrister, Arthur Moses SC, and a public relations firm to counter the allegations, which he vehemently denies. Experienced PR executive Sue Cato and former journalist Ross Coulthart are being supported by billionaire media mogul, Seven West Media chairman Kerry Stokes, a backer of Roberts-Smith who employed him as a senior manager in 2015.

Stokes is also backing the defamation proceedings Roberts-Smith has launched against Fairfax Media – now known as Nine – for a series of investigative reports about his alleged misconduct.

Guardian editor unsure if readers will pay during economic downturn

The top editor of Guardian Australia Lenore Taylor has admitted she is concerned readers may not pay for news content during an economic downturn, despite the publication posting two “modest” profits and repaying a loan from philanthropist Graeme Wood.

Taylor said she was “slightly terrified” when the Guardian launched an Australian membership model in 2016, allowing audiences to read articles for free online but asking people to “choose” to support the site financially. But about half of the masthead’s revenue is now sourced from around 100,000 paying readers. This is mainly in the form of donations, but also includes premium paid smartphone app subscribers and payments for the weekly print newspaper Guardian Weekly.

Four years ago less than two per cent of Australian homes had SVOD services while now it is nearly 60 per cent.

Kerri-Anne Kennerley accused of ‘slut-shaming’ her colleague on TV

The outspoken media personality retreated to a golf course and would not comment when approached by Confidential about claims that she “slut-shamed” 10 daily senior reporter Antoinette Lattouf on the show.

“Did you forget your pants today?” Kennerley asked Lattouf during a segment about modern-day dictionaries and emojis.

“Why is Kerri-Anne Kennerley slut shaming her colleague here on @Studio10au ? @antoinette_news deserves an apology. Kerri-Anne needs to finally be put in the bin where she belongs,” Ford tweeted.

After a 20-year run on Channel Seven, 16 of which was as the resident landscaper on Better Homes & Gardens, Jason Hodges has been axed from the lifestyle television show, reports The Sydney Morning Herald’s Andrew Hornery.

“To be honest, I am absolutely gutted,” Hodges told PS when asked about what had happened.

‘‘I think of myself as being the luckiest guy in the world, to have had the best job in the world and work with the best team there is … I’d be lying if I said I was not upset but as people in this business know, that’s how it goes.”