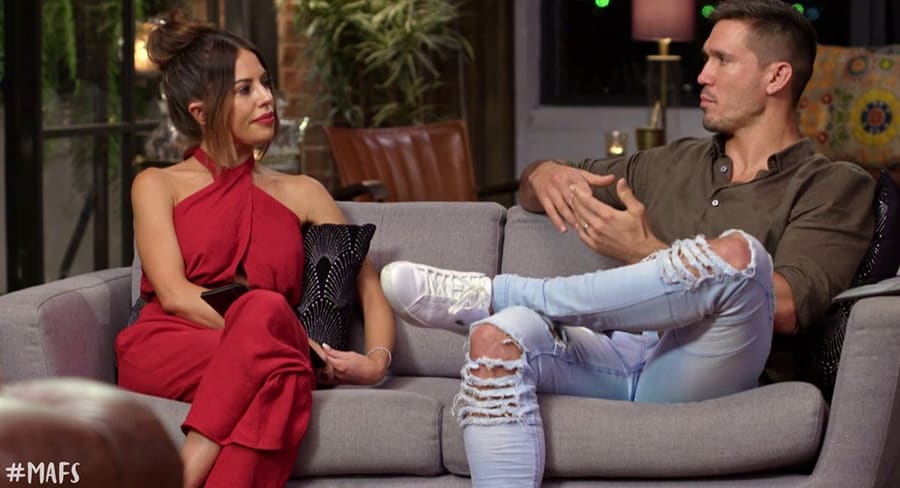 News Corp Australia boss Michael Miller has said he and the executive leadership team will take a pay cut and he would do all he can to save jobs at the company, but has steeled staff for job losses amid the ongoing economic crisis caused by COVID-19, reports The Australian’s Leo Shanahan.

While the public are turning to trusted news brands in huge numbers, falling business confidence is impacting the advertising revenues of all media businesses with Nine Entertainment, Seven West Media, Southern Cross and oOh! Media all putting out guidance updates in the last week.

Despite soaring readership and subscriptions during the coronavirus crisis, the advertising market has been hugely affected by the outbreak, forcing businesses to close en masse.

ACCC chair Rod Sims said the competition regulator’s decision on the merger between Australian Women’s Weekly publisher Bauer Media and New Idea’s owner Pacific Magazines will not be focused on the COVID-19 pandemic and its effect on the media industry, reports The SMH and The Age’s Zoe Samios and Sarah Danckert.

Mr Sims told The Sydney Morning Herald and The Age any merger decisions during the pandemic would be made to ensure the economy emerges in “good structural shape” once the crisis is over, rather than to save businesses in the short-term.

“We don’t know how long coronavirus is going to be mucking around the economy, but let’s assume it’s six months and we are hoping things will be back to normal pretty quickly … it would be a shame to make a decision on the basis that this next six months … is the full world,” Mr Sims said.

Tony Awards postponed due to pandemic

The Tony Awards are the latest industry event to be postponed because of the coronavirus pandemic, reports Variety’s Cynthia Littleton and Brent Lang.

The American Theatre Wing, which backs the show, announced on Wednesday that the 74th edition of the annual celebration of the best of theater will be pushed back indefinitely. The ceremony was originally scheduled to air live on CBS, from Radio City Music Hall in New York City, on June 7.

However, Broadway has been closed since March 12 due to the coronavirus pandemic, with producers tentatively setting April 12 as the date that theaters will reopen. That may have been optimistic given that the number of COVID-19 cases continues to grow and New York City is at the epicenter of the public health crisis.

“The health and safety of the Broadway community, artists and fans is of the utmost importance to us,” the American Theatre Wing said in a statement. “We will announce new dates and additional information once Broadway opens again. We are looking forward to celebrating Broadway and our industry when it is safe to do so.”

In a post on his Facebook page on Tuesday (March 24), the GOLD104.3 Melbourne and WSFM Sydney head of music confirmed the virus can “hit hard”.

“I have tested positive to #coronavirus and am now in quarantine at home,” he wrote. “It hit me fast and can hit hard, so please do everything the experts are asking. The testing process is well organised – my result was delivered late yesterday in a little over 24 hours. The follow up from the Federal Health Dept has also been great.”

Yesterday, ARN was forced to temporarily close its Melbourne office after an unnamed employee tested positive for COVID-19. GOLD104.3 breakfast host Christian O’Connell broke the news on Twitter, saying that the station “has had to go into a 24hr emergency Corona lockdown”.

Filming on The Block has shut down, with contestants being dispatched to their homes around the country on Wednesday morning as the coronavirus crisis worsened, reports The SHM and The Age’s Karl Quinn.

Building work on the site in Brighton continues, however, with around 40 builders and tradies to continue working to create extensions at the rear of the five properties.

“We’re looking at our show in the same way the government is looking at the country – that is, trying to balance economics against an unprecedented health crisis,” said executive producer Julian Cress, who created the show with fellow EP David Barbour. The show airs on Nine, publisher of this masthead.

A gaslighting Married At First Sight husband has dumped his wife in a flippant statement before backflipping on the remark – with the move pushing his emotionally exhausted missus to hit him where it hurts: his saggy forehead, recaps news.com.au’s James Weir.

Steve has essentially broken up with Mishel at the dinner party and then backflipped so he doesn’t look like the bad guy. She has copped a lot tonight – so she decides to get her own jab in.

“If this was reversed, I would say I like your chest. Your chest is quite nice. But I don’t like your forehead. I’d say let’s go get some filler or something,” she squawks. Mishel’s hoping this insult pushes Steve to finally reveal what it is he’s not attracted to. It doesn’t work.

It’s a good thing Brooke got to show her strength, because earlier in the season her game was in danger of being overshadowed by a possible island romance with tribemate Locky Gilbert, reports news.com.au’s Nick Bond.

She said the two were “incredibly close” on the island – and she had been “shocked” when he was announced as the new Bachelor the morning after his eviction aired. As she revealed on social media that same day, the pair had booked a romantic trip to Bali together.

She said she hadn’t quite decided whether she’d watch his season of The Bachelor. “Right now I think I’m going to avoid watching, but I think I’m going to be too curious to see what the girls are like. Suss out who’s taken him over!” And does she have any advice for those girls? “Umm…. nah, I don’t. (laughs) I’ve got no idea!”

Will Love Island proceed for Nine?

With all the shows that have been impacted by the coronavirus pandemic what is the outlook for Love Island Australia in 2020? Any 2020 series is currently facing limitations around international filming and social distancing rules, subject to things changing in coming months, reports TV Tonight’s David Knox.

Nine’s Director of Programming Hamish Turner has given TV Tonight an update from a previous programming wrap. “Last time we were discussing what the future of that held and where we were going to shoot. That conversation has obviously shifted again with the current circumstances that we’re in,” he said.

“We’re still working with ITV if there is a show this year how you can get that to air. We’re obviously in extraordinary times and there are certain things out of our control that have put a bit of a spanner in the works. We’re working through those at the moment.”

Google is cutting back YouTube streaming quality in Australia in line with its actions overseas. The move is aimed at reducing congestion online with families at home turning to the internet for work, schooling and entertainment, reports The Australian’s Chris Griffith.

Google is joining Netflix and Amazon Prime in agreeing to a temporary bitrate reduction. Netflix agreed to cut back its streaming configurations from yesterday.

Telstra also has been working with streaming companies. “Given we are expecting a significant increase in network traffic over the coming weeks, we are speaking to our streaming partners about whether they can limit the resolution of their streams should network capacity become a concern,” a Telstra spokesperson said, adding that many of its streaming partners have video optimisation capability.

“When we’re talking about two million-plus potentially, how long before you can get the system sorted?” he pressed Mr Jongen.

“I want to reinforce that we are doing everything possible, but my advice is this – be patient and persistent. The quickest way for us to get you into the system is for you to ring the number, 132 850,” he replied. Don’t put yourself at risk by coming into our offices. Once you get through, we will give you the links you need to enable you to then get into the system.”

During the interview, a frustrated Stefanovic also questioned why the initial issues hadn’t yet been fixed. “No one pretends this is easy. But the minister was on this show this time yesterday saying this would not happen again and it has happened again. It’s really not good enough for those people, is it?” he asked.

Footy won’t be bailed out by TV

Struggling sporting codes won’t be bailed out by broadcasters if hundreds of millions of dollars of sporting rights are not paid this year because of postponed or cancelled seasons, reports The Australian‘s Leo Shanahan.

A day after the NRL suspended its season, the code’s administrators and broadcasters Nine Entertainment and Foxtel were on Monday mapping out scenarios of what a delayed or cancelled season would mean for payments worth $90m a quarter to the NRL.

While discussions on broadcasting contracts are yet to decide whether payments would be made to the code without a season, The Australian understands no major broadcaster is willing to bail out the NRL should it face financial ruin as a result of a lost season.

Australia’s Olympic athletes face an uncertain lead-in to next year’s Tokyo Games after their official postponement, with federal governing funding to their sports forecast to plummet by $25 million next year, reports The SMH’s Chris Barrett.

Sports are technically in a better position than they would have been under previous models in that they have been guaranteed their funding from the federal government via the Australian Institute of Sport until the end of the calendar year. But they are now in the dark about whether a huge $25m reduction in government funding that had been forecast for 2021 will be re-assessed given it is now an Olympic year.

With many contracts of high-performance staff coming to an end this year because it was to close out an Olympic cycle, sports chiefs are eager for answers as they re-adjust their planning. Their hope is that funding for this year can be rolled over, effectively creating a five-year Tokyo funding window, but with the nation gripped by the COVID-19 crisis and the federal budget pushed back to October they may have to bide their time.

World Rugby under pressure to bail out Australian game

Prominent Australian rugby figures have called on World Rugby to funnel its World Cup profits into struggling national unions as they face the loss of entire seasons of revenue amid the coronavirus emergency, reports The SHM’s Georgina Robinson.

One day after a high-level World Rugby working group met to discuss how it could help member unions through the catastrophic downturn, World Cup-winning Wallaby Phil Kearns and former Rugby Australia chief executive John O’Neill called on the global governing body to open its coffers and offer grants or low-interest loans to those unions, including Australia, who face the prospect of insolvency.

World Rugby is yet to release the full financials from last year’s World Cup in Japan but predicted record revenue and a healthy profit from the tournament.

NRL players are facing a financial blow of almost $50 million collectively with the code’s elite to be subjected to 50 per cent pay cuts as the coronavirus pandemic cripples rugby league, reports News Corp’s Peter Badel and Travis Meyn.

That leaves seven months of outstanding payments worth $5.8 million to each club. A 50 per cent pay cut from April 1 will see each club’s playing group forfeit a total of $2.9m, which is 29 per cent of the $10m payment ceiling.