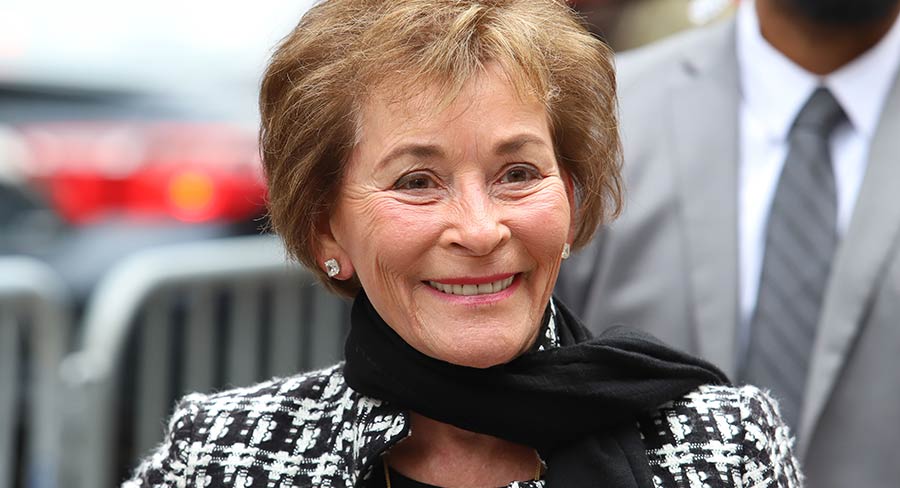 The ABC has been urged to consider selling its capital city offices in areas such as Sydney’s Ultimo and Melbourne’s Southbank and moving to “purpose-built” facilities elsewhere, reports The Sydney Morning Herald’s Jennifer Duke.

Federal Communications Minister Paul Fletcher “strongly encouraged” the public broadcaster to explore a sale of its inner-city premises as it grapples with a funding freeze projected to shave up to $84 million off its annual budget.

The ABC declined to comment on the suggestion, made in a letter sent to ABC managing director David Anderson on Monday morning and seen by The Sydney Morning Herald and The Age.

Fletcher did not refer to specific property assets in the letter, but government sources who declined to be identified said the Ultimo office in particular was under-utilised. It was conservatively valued at about $330 million but would probably be worth more if sold to a property developer. This could allow the ABC to consider a more affordable location such as Parramatta in Greater Sydney for its headquarters, the sources said.

Racing NSW chief executive Peter V’landys is suing the ABC and one of its journalists for defamation over a 7.30 investigation in 2019 involving serious allegations of cruelty to horses in the thoroughbred racing industry, reports The Australian’s Brad Norrington.

According to documents lodged with the Federal Court, V’landys claims he was “greatly injured” by his portrayal in the program, and his reputation was brought into “public disrepute, ridicule and contempt”.

The 7.30 story The Final Race, reported by Caro Meldrum-Hanna and aired in October, alleged hundreds of former racehorses were sent to abattoirs. It showed disturbing undercover video footage of animal cruelty.

V’Landys agreed to appear in the program to respond to claims on behalf of Racing NSW, saying no horses in the state were being sent to abattoirs.

An ABC spokeswoman said the broadcaster “will defend the proceedings”.

“You might have seen on social media Nate was the subject of some disgusting, some disgraceful homophobic comments which we think are just appalling,” he told audiences.

He was referencing Nate Byrne, an ABC colleague who received hate messages on Twitter for appearing in the ABC Mardi Gras float.

“Who’s that in the hot pants?” Rowland asked as he played a clip from the Mardi Gras, showing Byrne join in on the celebrations.

Nate Byrne received abusive messages which prompted him to call the world “sick”.

He called the abuse an “unprovoked spray of hatred.”

Judge Judy to end after 25 seasons, but Judy planning replacement

Judge Judy is coming to an end after 25 seasons, host Judy Sheindlin says. At the same time, she isn’t ready to hang up her gavel just yet, reports The Hollywood Reporter.

The syndicated court show host appeared on Monday’s The Ellen DeGeneres Show, where she told DeGeneres that the 2020-21 season of Judge Judy will also be its last. The Hollywood Reporter confirmed that Judge Judy will end production after next season, which will be the show’s 25th season on the air.

“I’ve had a 25-year-long marriage with CBS [Television Distribution, which distributes the show], and it’s been successful,” she said. “Next year will be our 25th season, silver anniversary, and CBS sort of felt, I think, they wanted to optimally utilise the repeats of my program,” she said. “Because now they have 25 years of reruns. So what they decided to do was to sell a couple of years’ worth of reruns. But I’m not tired, so Judy Justice will be coming out a year later.”

It’s unclear whether this will be another syndicated program or for a network or other outlet.

Asked by DeGeneres where viewers will be able to watch the new show, Sheindlin replied: “I can’t tell you yet.”

Cameras are yet to roll and already the Australia’s Got Talent judges are firing up, reports News Corp’s Jonathon Moran.

“Why do we always have to bring negativity and people fighting?” celebrity chef Feildel said, referring to the trend of reality shows hyping drama for ratings.

“There wasn’t any drama last year and I don’t think there should be this year.”

But Kruger disagreed as the pair met with other judges over lunch yesterday.

Kruger, who joins Channel Seven after jumping ship from rival Nine, added: “I’ve been joking I finally get paid to judge people because I am quite good at that.”

Kyle Sandilands will return to Australia’s Got Talent but has vowed not to waste his time with the early stages of the competition, reports News Corp’s Jonathon Moran.

The outspoken radio host has signed on for the pointy end of the competition as a guest judge alongside a panel of Sonia Kruger, Olympia Valance, Shane Jacobson and Manu Feildel. 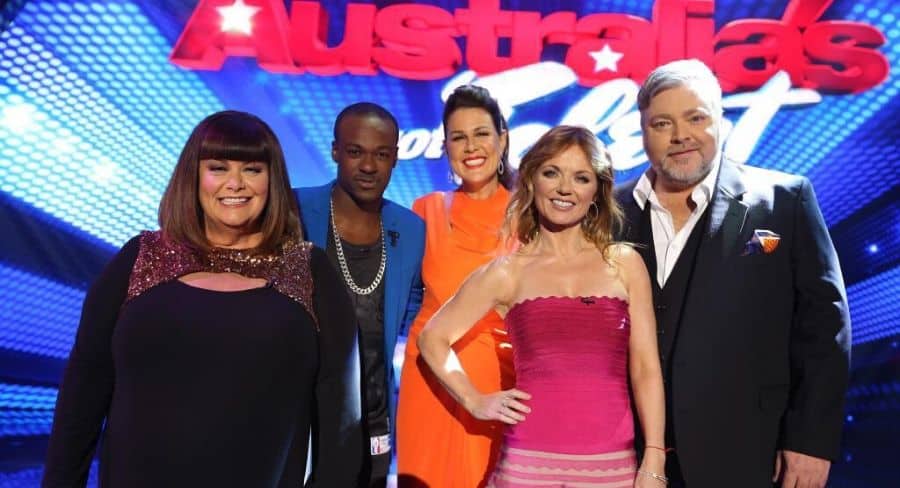 “It’ll be great to be back in the judging seat for Australia’s Got Talent although what’s even greater is the show only needing my judging skills for when all the early rubbish is swept away and only the best of the best remain,” Sandilands said. “I can’t wait.”

James Lipton, creator and host of Inside the Actors Studio, dies at 93

James Lipton, the elegant, articulate wordsmith and theatre academic whose desire to give his acting students a greater insight into their art led to the popular Bravo series Inside the Actors Studio, has died. He was 93, reports The Hollywood Reporter.

Lipton passed away early Monday at his home in Manhattan from bladder cancer, his wife, Kedakai Mercedes Lipton, told The Hollywood Reporter.

“He lived each day as if it were his last,” Kedakai Lipton said in a statement to THR. “His work was his passion, loved what he did and all the people he worked with. He empowered people to do their best, and hopefully his spirit, curiosity and passion will live on.”

Nearly 300 subjects, including many Oscar and Emmy winners, shared the secrets of their craft with Lipton and his audience of students before the TV cameras. The show became one of cable’s longest-running series.

Simply The Best: The NRL campaign 30 years in the making

The video reflects on the biggest stories of the past three decades, including South Sydney’s return, the 1997 Newcastle grand final triumph, the Super League war and the Benji Marshall flick pass in the 2005 decider.

The NRL sought Turner’s approval to use the song, with the music icon endorsing the revival of the classic to be used as part of the game’s advertising campaign.

The NRL sought input from key stakeholders who have shaped the game since 1990 – including past and present players, media identities, administrators and partners to choose 30 iconic on and off field moments which are featured in the campaign.

“Rugby league in Australia is still Simply the Best and that will be our theme for 2020,” NRL chief executive Todd Greenberg said.

The launch of the NRL’s latest advertising campaign – which pays tribute to its most successful commercial ever – was met with derision by fans on Monday night amid mistakes and last-minute re-edits, reports News Corp’s Jocelyn Airth.

In The Daily Telegraph’s online poll, 72 per cent of supporters believed the NRL ad is a fail with 56 per cent saying the league “stuffed it up”.

The new Simply the Best advertisement – featuring Tina Turner’s hit song last used by the NRL in the 1990s —–was hastily re-edited to remove references to the infamous Super League war and to fix an embarrassing mistake relating to one of the game’s most-loved stars.

A streaming service that is aiming to become a “Netflix of sport” is to expand to 200 countries, including the UK, and is targeting Premier League rights for the British market, reports The Guardian.

The London-based Dazn, which is owned by the billionaire Sir Leonard Blavatnik, currently operates in nine international markets but the high cost of sports rights driven by Sky and BT has delayed a UK launch.

Dazn, pronounced “Dazone”, is little-known in the UK but it has upset the traditional sports pay-TV model overseas. In December, Dazn secured the rights to Champions League football in Germany from 2021, ending Sky’s two-decade grip. Dazn also has Champions League and Premier League rights in Canada and Japan.

Dazn will expand to 200 countries including the UK on 2 May, with an initial focus on boxing.

“Establishing Dazn as the global home of fight sports is just the first step,” said Joseph Markowski, the Dazn senior executive who is to run the new global service.