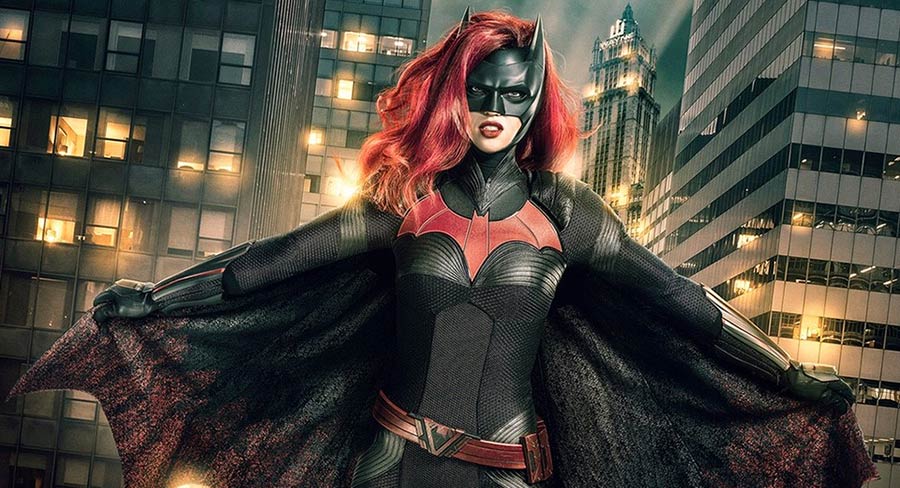 • David Anderson, The Road To Now, CBS Upfront, and AFL

ViacomCBS Australia and New Zealand has confirmed that Maria Michael, executive producer, entertainment, and Paul Leadon, head of comedy, are leaving the company.

The departures come in a week that other staff departures from the business include as many as 20 employees of 10 Daily which closes tomorrow, and head of sport Matt White.

In a statement, Network 10 said:

Maria has been a valuable and dedicated member of Network 10 for the past 34 years, leading the production of many key programs including Video Hits, Family Feud and Bondi Rescue, and winning four TV Week Logie Awards with The Living Room.

Paul has been an integral part of the Network 10 team for 16 years, developing, writing and producing a number of key programs, from Rove Live, Good News Week and The Project (which he helped launch in 2009), to Hughesy, We Have A Problem, Gogglebox and How To Stay Married. He was appointed head of comedy in 2013.

ViacomCBS Australia and New Zealand chief content officer and executive vice president Beverley McGarvey said: “Maria and Paul have been wonderful colleagues and have made a great contribution to the success and culture of Network 10.

“They leave the network with my sincere thanks and all the very best wishes for the future.”

Regarding the departure of White earlier in the week, McGarvey said:

“Matt has been an important part of Network 10 over the years. Since he returned to the network in 2014, Matt has made a valuable contribution as both an on-air presenter and – for past two years – head of sport. He leaves with our sincere thanks and very best wishes for the future.”

ABC managing director David Anderson has taken a pay cut and executives at the national broadcaster will forgo bonuses as it attempts to slash costs during the COVID-19 pandemic, reports The Sydney Morning Herald’s Zoe Samios.

Anderson told staff in an email on Wednesday that his salary was cut, at his own request, by 5 per cent in April and that the reduction would remain in place until the end of September. The media executive also rejected a planned pay increase, but said he could not enforce a pay freeze on all ABC employees without seeking permission from the Fair Work Commission.

Communications Minister Paul Fletcher wrote a letter this week to propose that ABC employees accept a pause in wage increases which would halt a 2 per cent pay rise that was due to come into effect on October 1.

FOMO, which this year brought mega-acts Brockhampton and Lizzo to Australia and in previous years has been headlined by the likes of Nicki Minaj, SZA and Post Malone, began as a small event in Brisbane in 2016 and has rapidly grown to one of the most anticipated festivals in the summer circuit.

The 2020 event played in Brisbane, Sydney, Melbourne and Adelaide in January and attracted crowds of more than 10,000 people in each city.

The documents don’t reveal who the unsecured creditors are but it is understood the list includes artists, music promoters and venues.

In an application filed with the court on Wednesday afternoon to amend his case, the chart-topping singer and Voice coach has taken steps to include a new claim Day diverted the income to an unknown account. 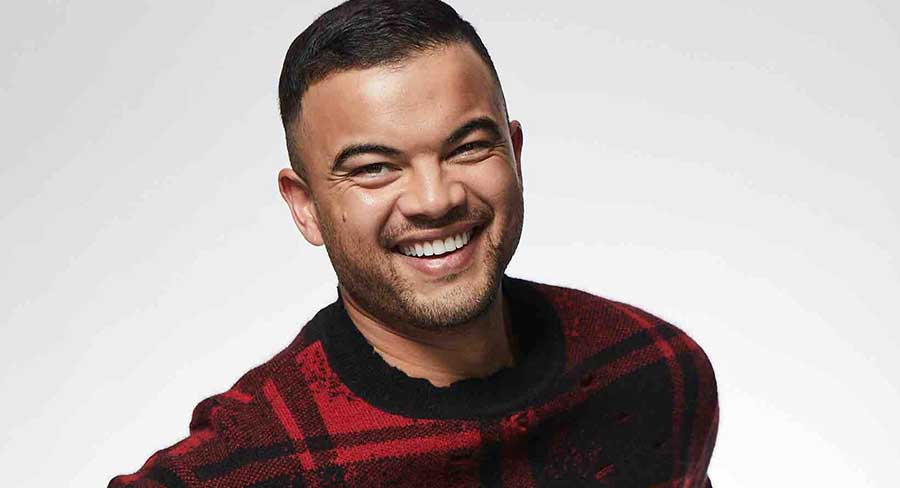 “Guy is seeking to amend his Federal Court claim against Mr Day to allege, among other things, misappropriation of Mr Sebastian’s money,” a statement from the singer’s representatives revealed.

His legal team allege an overseas royalty collection agency sought to deposit the income in an account operated by Day’s former management company 6 Degrees in January.

“I haven’t seen or received any amended application or affidavit so I can’t comment on that yet,” Day said in response.

“However, Guy owes me hundreds of thousands of dollars in unpaid commissions so any money I am holding of his will be determined by the court. That is what the entire case is about.”

The management company went into liquidation last July as the pair’s legal action continued, with both parties alleging they are owed hundreds of thousands of dollars by each other.

Day and his wife Courtney have set up a new agency called Media Talent Management with several clients including 2019 The Voice winner Diana Rouvas, Christine Anu and Damien Leith.

Sebastian views the action as “an opportunity for an established artist to demonstrate the care artists must take in receiving representation and the potential pitfalls of the system”.

Ruby Rose walks away from ‘dream’ US TV Batwoman role

Australian actor Ruby Rose has handed in her cowl and walked away from the US series Batwoman, reports The Sydney Morning Herald’s Michael Idato.

The role, which Rose once described as the fulfillment of a childhood dream, will now be recast with a new actor when production on the show’s second season resumes later this year.

Rose issued a statement to US media that said she had “made the very difficult decision to not return to Batwoman.”

“This was not a decision I made lightly as I have the utmost respect for the cast, crew and everyone involved with the show,” the Melbourne-born actor, 34, said.

Rose said she was “beyond appreciative to [the show’s producers] for not only giving me this incredible opportunity, but for welcoming me into the DC [Comics] universe they have so beautifully created.”

Production on the Batwoman series, which airs on the US network The CW and in Australia on Foxtel, was halted after filming 20 of 22 episodes planned for its first season because of the Coronavirus pandemic.

The six-part ABC doco series Road To Now is hosted by Chris Bath, one of Australia’s most reassuring talking heads, reports The Age’s Ben Pobjie. Bath has always followed in the best tradition of Australian TV journalism by combining winning charm, earnest professionalism, and a nagging sense that you’re not quite sure who she is. Here she presents the momentous events that have shaped our modern age with an appropriate level of respect for the material: one can be in no doubt that Bath truly believes in the central premise of the series, that what is happening now is the direct result of what happened before.

The Road To Now is a fine example of the kind of deep-dive historical perspective programming that, realistically, only the ABC could ever be bothered with. It also makes profitable use of the national broadcaster’s resources, drawing on decades of footage from its news and current affairs programs to portray all the earth-shaking drama and horror of the era.

Joining the dots is a battalion of interviewees, from journalists who reported on the events depicted to political figures who were in the thick of it at the time. Former Australian prime minister John Howard, New Zealand counterpart Helen Clark, veteran CNN anchor Christiane Amanpour and British historian Niall Ferguson are just a few of the eyewitnesses lending heft to the show. There’s not necessarily a lot of new revelations in The Road To Now, but as a reminder of how fast history moves and how helpless we are to resist being swept along in its wave, it’s a valuable – if not particularly cheering – experience.

Every spring CBS parades its stars and executives across the Carnegie Hall stage to try to persuade advertisers to buy commercial time during an event filled with scripted banter and sizzle reels. This year, ad buyers working from home clicked on a link that led them to a cartoon of Stephen Colbert interviewing a dog, reports The New York Times.

The cameo appearances by a character from Nickelodeon’s “Paw Patrol” and an animated version of the star of “The Late Show” kicked off a toned-down presentation from ViacomCBS that took the place of the usual showcase.

In a series of videos delivered to an audience stuck at home during the coronavirus pandemic, actors like Thomas Middleditch and Tom Selleck helped CBS introduce its 2020-21 fall line-up. The slate includes 23 returning series, as well as a new sitcom called “B Positive” from Chuck Lorre, the co-creator of the CBS stalwart “The Big Bang Theory,” and a reboot of the 1980s vigilante show “The Equalizer,” starring Queen Latifah. “Clarice,” a TV sequel to the 1991 blockbuster “The Silence of the Lambs,” will arrive late in the season. The network will also broadcast the Super Bowl on February 7 2021.

The AFL’s COVID-19 return to footy plan centres around the Swans and Giants often travelling to and from Melbourne on the same chartered flights when the competition resumes on June 11.

The fly in and fly out “bubble” arrangement is aimed at minimising the risk of the two teams being exposed to infection by staying at hotels, but throws into question how it might impact the Swans and Giants landing prime time TV matches, which have never been more critical than now.

Strict travel curfews after 11pm in Sydney would make it impossible for the Swans or Giants to make it back home after a Friday night match at the MCG. But the AFL has indicated its rules won’t dud the two Sydney teams’ the exposure that only national prime time TV timeslots can offer when the first bracket of the schedule is announced in the coming weeks.