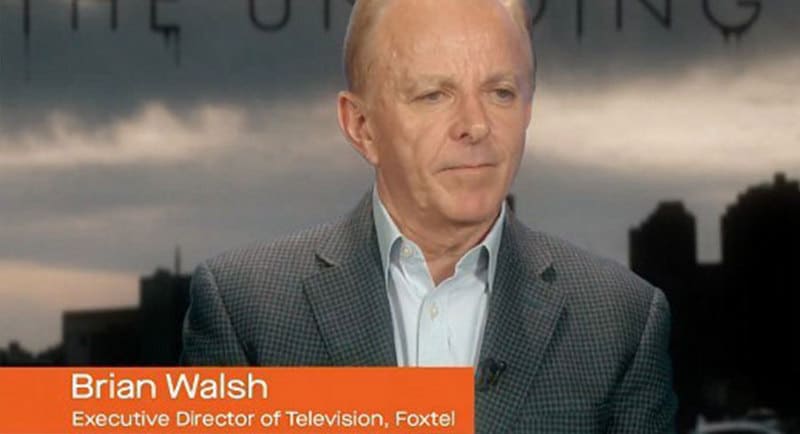 Brian Walsh remembers the launch night of Foxtel 25 years ago

Today marks 25 years since Foxtel was switched on in Australia, reports TV Tonight.

In that time it has brought an array of international drama, Australian originals, major sporting events, movies, news, music and helped cement a long list of stars and creatives.

Here is what he wrote:

“I was asked to come on board the Foxtel magic carpet ride by the legendary TV figure, Sam Chisholm, whom I’d worked for at Sky in the UK.

“Sam gave me the ask of staging the launch event at our then brand new state of the art studios in Pyrmont, by Sydney Harbour and create some stunts to launch the business.

“I was also tasked with finding the company’s first Director Of Programming.

“We were showbiz right from the start; it’s embedded in our brand, FOX.

“The first night on air was electric and hairy and it lives long in my memory, because we almost never made it, thanks to a last-minute technical glitch.

“Miraculously though and with minutes to spare, the signal was restored and at exactly 1900 hours (7.00pm) on October 23, 1995, Foxtel was launched.

“The first show we put to air was then and remains today, one of the most iconic television series of all time, The Simpsons – on our flagship channel, FOX.”

Sky is to launch a network of high street stores across the UK, saying it wants them to become “social hubs for shoppers”, with the first one opening in Liverpool on Monday despite tier 3 coronavirus restrictions, reports The Guardian.

The plan to start a network of stores, each of which will have a music venue-style “access all areas” stage to host various interactive experiences for customers, comes amid the closure of hundreds of shops as the pandemic takes its toll on the retail sector.

“We are proud to see our shops opening at a challenging time for the UK high street,” said Stephen van Rooyen, the chief executive of Sky UK and Europe. “We’ll bring service, innovation and convenience all in one place, under one roof, at a time when keeping people connected has never been more important.”

In May, Virgin Media said it would shut its last 53 retail stores and disappear from the UK high street. The cable TV company, which had 140 stores in 2016, said the pandemic had accelerated a shift towards online customer service.

David Cross CEO of Covertrue Group said: “With our vast knowledge around fleet branding and desire to grow the business into new verticals, Adflow perfectly fits our expertise and passion for exceptional vehicle branding and communication.”

General Manager for Adflow Luke O’Connor said; “Cost-effective vehicle advertising such as taxi backs and vehicle wraps represent an essential part of the out-of-home sector and act as a great attention multiplier for brands or campaigns. This acquisition will streamline production times and create a larger national footprint for advertisers.” 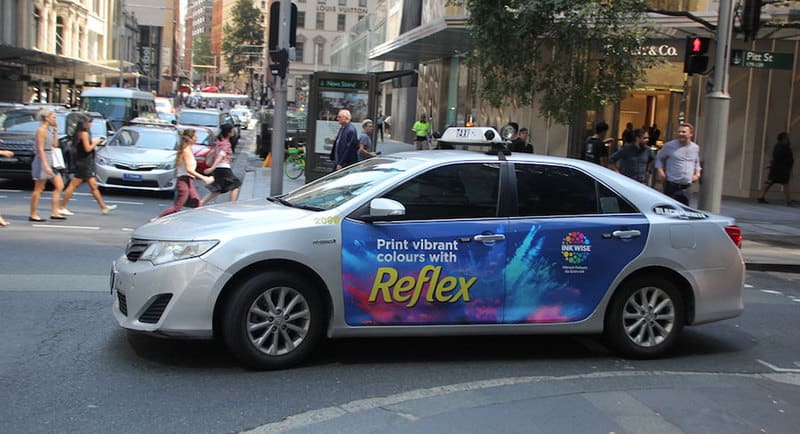 As part of the sale agreement Adflow has entered into an exclusive partnership agreement with Black and White cabs (owned by previous proprietor P2P Transport) ensuring operations and logistics across the taxi network remain aligned.

The Adflow fleet of 3,000 cabs and rideshare vehicles covers all major capital cities along with a large regional network throughout NSW. 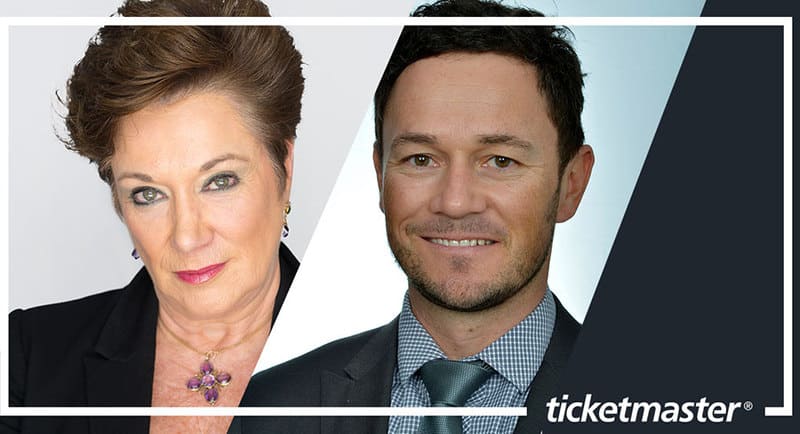 O’Connor joined Ticketmaster in 1983 when the company operated as BASS under the Victorian Government. Over more than three decades at the company, O’Connor has been instrumental in many milestones and has played an integral part in shaping the ticketing industry in the region. In her role as chairman, O’Connor will continue responsibility for her long-term industry relationships and look for opportunities to grow Ticketmaster’s business in the region.

Gavin Taylor will be finishing in his role as CEO at the WAFC on the 12th November 2020, prior to moving to Melbourne in early January to commence in the role.

Additional senior executive promotions within the business include:

Jim Kotsonis, who has been with the company since 2001 and served as finance and operations director will move to the newly created position of executive vice president of Ticketmaster Australia and New Zealand.

Harley Evans, who joined the business in 2019, continues as managing director of Moshtix Australia and New Zealand servicing the general admission sector. Taylor, Pule and Evans will all report into Kotsonis in the new structure.

Ward-winning journalist Sarah Ferguson (pictured) will be deployed to Washington DC to take up a special in-depth reporting role for ABC News.

“The drama of the US story is compelling,” said Ferguson. “It’s the other side of the coin in the great superpower stand-off. And I’ll be reporting in the aftermath of an era-defining election.”

ABC Director, News Gaven Morris said: “We have a top-notch team in the Washington bureau and Sarah’s superb long-form and investigative reporting will add formidable firepower to our coverage of the fascinating and significant US story.” 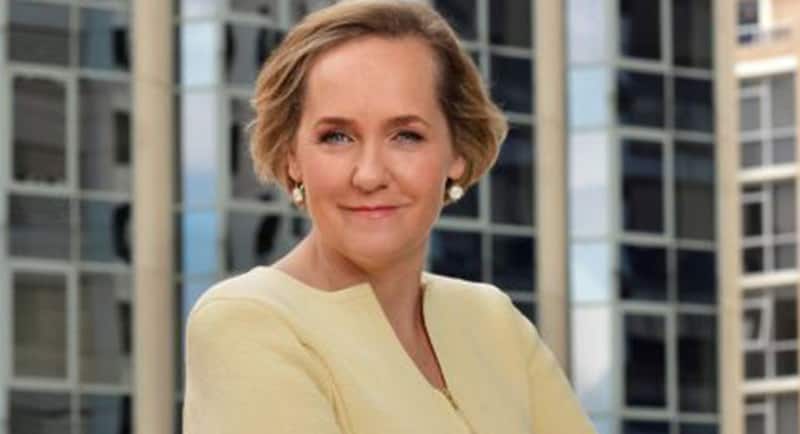 Also heading to the US for the ABC is News Breakfast co-host Michael Rowland. Taking his place on the show alongside Lisa Millar will be Paul Kennedy and David Speers.

Currently reporting for the ABC from the US are Washington Bureau Chief David Lipson and North America Correspondent Kathryn Diss, with Chief Foreign Correspondent Phil Williams supporting the bureau for the US election. Ferguson’s US posting will be a short-term one of approximately six months.

The ABC also plans to establish a short-term posting in the South Korean capital of Seoul to expand reporting in North Asia.

As well as Washington, the ABC has posts in Bangkok, Jakarta, Tokyo, New Delhi, Port Moresby, London, Beirut and Jerusalem.

“We’re looking at how we can most effectively deploy our resources to provide the best world coverage for audiences,” Morris said. “The ABC’s Asia Pacific reporting sets us apart and is an essential part of our service.

“On-the-ground reporting for Australians through Australian eyes helps improve our understanding of international events and how they affect our nation and our lives.”

Can Australian Idol 2.0 replicate the success of the original?

Australian Idol 2.0 lands almost two decades after the original launches, and in a very different market. As a result it faces some very specific challenges, writes The Sydney Morning Herald’s Michael Idato.

Genre fatigue is one, coming off the back of the slow fade of The X-Factor, Australia’s Got Talent and The Voice formats in recent years. Tougher too is the commercial environment for launching new recording artists. And as the many knock-offs have shown over the years, if you can’t get your winning artists a no.1 single off the back of the grand final, you’ve probably not got a strong enough hand in the game.

On its side, however, is the fact that in format terms it is almost a template: gimmick-lite, elegantly simple, clearly focused and equipped with a strong brand name. The Block is one example such a template format. MasterChef is another. Big Brother too. It’s a very short list from which almost all other formats spring. My Kitchen Rules from MasterChef. House Rules from The Block. Love Island from Big Brother.

Also on its side is that the only people with shorter television memories than television executives are television viewers. Packaged smartly, delivered sharply and not overcooked in the way that too many television formats are, Australian Idol 2.0 has a shot at success.

The Sound host Jane Gazzo talks radio, TV and the future of music

Jane Gazzo talks to The Age’s Ben Pobjie about the highlights of the first season of ABC’s The Sound?

Interviewing Kylie from London over Zoom to talk about her new album, that was really special. And some of the co-hosts we had, like Russell Crowe, and Bryan Brown in the first episode and it turned out he knew Lime Cordiale really well, he’d watched them grow up. But then there were some of the performances you won’t forget in a hurry. I’m talking about Tones and I singing Never Seen The Rain and it literally does rain – that was never in the script, it just started raining in the last take we did for her. Bliss n Eso performing live on Centrepoint Tower: that was just crazy. Amy Shark in the Bennelong restaurant at Sydney Opera House; she had this Australian choir behind her and it just looked beautiful. They’re some of the things that spring to mind.

Season 2 of The Sound airs on ABC on November 1.

Foxtel’s sports streaming service Kayo will release some games and events from behind the paywall in a major strategic pivot that could change the way it negotiates broadcast deals, reports Nine publishing’s Zoe Samios and Broede Carmody.

Kayo launched in late 2018 and has used a hard paywall in its two-year history. But on Thursday, Foxtel’s chief executive Patrick Delany confirmed Kayo would now pursue a “freemium” strategy so non-subscribers can gain access to some sports, such as the Supercars. The move will also allow advertisers to reach more viewers.

Foxtel’s move is a pivot from the original strategy for Kayo, which involved a hard paywall. The decision to change the model could be perceived in two ways – either it is struggling to attract the subscriber numbers it needs with its current model, or it has recognised the desire for mass audiences by some sports codes. Foxtel claims it’s the latter. Kayo currently has more than 600,000 paid subscribers.

Foxtel said it will start to broadcast some Supercars events for free and has signalled it will branch out into other sports with this approach.

Delany discussed this proposal in talks with Rugby Australia about a new broadcast deal.