The Post was rocked again this week by the sudden resignations of three key journalists at the Sunday edition of the paper, from what was already a very small team. Australian editor Paul Ruffini, who founded the pioneering Sunday edition, former Fairfax journalist Michael Ruffles, the chief sub-editor, and Thai reporter Nanchanok Wongsamuth all handed in their notice.

For Ruffini, it’s been exactly one decade since he departed the South China Morning Post in November 2006. Ruffini and UK journo Trevor Willison were sacked by the Post’s relatively new and overweening politically correct American editor-in-chief Mark Clifford for producing a mockup leaving page for departing colleague Sunday Morning Post editor, Scotsman Niall Fraser. The editor-in-chief was incensed by the headline that ran in censored form below the Sunday Morning Post masthead on the mockup front page which read, “You’re a c**t but a good c**t”.

Singapore Press Holdings has signed an MOU with RINGS.TV, an interactive mobile platform, and mm2 Asia – a film, TV and online content producer – to jointly develop and manage a live and on-demand video application in Singapore, to be called Livestream App.

Under the deal RINGS.TV and mm2 Asia will collaborate exclusively with one another to rebrand, redesign and market the Livestream App and related services over the next six months.
SPH will curate and provide a variety of content for the rebranded live streaming app. Besides broadcasting news events and streaming interviews, there will also be a lineup of entertaining live shows hosted by broadcasters.

Singapore Press Holdings and the Info-communications Media Development Authority (IMDA) have announced an inaugural partnership to produce and distribute short-form digital video content on SPH multimedia platforms as part of a pilot Public Service Broadcast initiative. The programs will feature local content produced in both English and Mandarin on key themes such as current affairs, culture, sports, entertainment and lifestyle. Each episode will span three to eight minutes in length and will be made available to audiences across SPH’s digital content network.

Southeast Asia’s Netflix competitor iflix has entered into a partnership with Dhiraagu Plc, the largest telecom provider in the Maldives, to launch the service throughout the Maldives. Iflix enters its seventh country with a sweetener – Dhiraagu is giving customers three months’ free access to the service. Mark Britt, iflix group co-founder and CEO, said, “We are thrilled to bring iflix’s world class service to the Maldives as we continue to expand our offering to consumers across the region.” 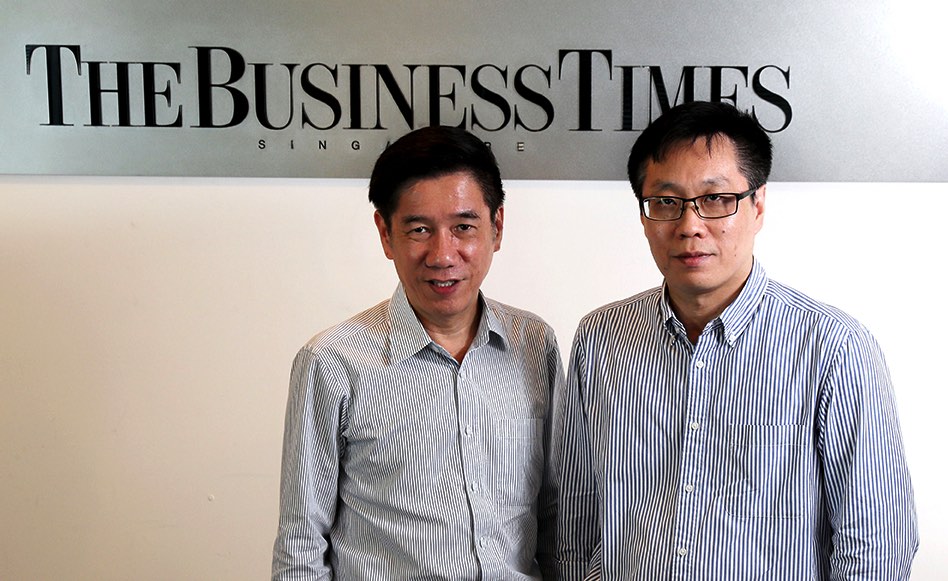 Singapore Press Holdings has appointed Alvin Tay as managing editor of the English/Malay/Tamil Media group (EMTM) and Wong Wei Kong as editor of The Business Times effective from December 1 2016. Both will report to Warren Fernandez, editor-in-chief of EMTM and editor of The Straits Times.

Alvin Tay will be assisted by S Murali, deputy managing editor, who will move from The New Paper, and Tan Ooi Boon, EMTM’s senior vice-president of business development.
The appointments are part of leadership succession in EMTM, which comprises the print and digital editions of The Straits Times, The Business Times, The New Paper, Berita Harian, and their respective student publications.

The ban is said to be retaliation against Korea’s decision to deploy the Terminal High Altitude Area Defence (THAAD) system.

Thailand’s state-run broadcaster MCOT said on Tuesday that it will dissolve its 49% owned subsidiary company, Seed MCOT, which effectively means it is shutting down radio station SeedFM 97.5 before a planned relaunch. MCOT said it “will revoke the licence to operate FM 97.5 MHz from the subsidiary and plans to relaunch the station with new characteristics in response to the changing needs of the audience, under MCOT’s management.”

A few of Thailand’s listed digital TV operators are seeing signs of improvement with third-quarter financial results picking up. Workpoint Entertainment and Mono Technology were among the strongest performers. Workpoint posted third-quarter net profit of 108m baht (A$4.1m), up 134% year-on-year, on revenue of 776.5m baht, up 21%. Mono posted net profit of 10.1m baht, from a loss of 111.8m baht in the same quarter last year, on revenue up 32.5%.

Triluj Navamarat, chairman of the Media Agency Association of Thailand, told the Bangkok Post that the digital TV business is very intense and that probably only about five major digital TV operators out of a total 24 will survive.

The company said in its report, “Due to the intensified competition among digital TV operators an imbalance between revenue and expenses occurred. MCOT experienced a loss of Baht 477 million in the nine months of 2016, which dropped 630% compared to the same period of last year.”

The company’s total revenue for the period was down 23% YoY with TV revenue down 30%, and radio down 9%.

Alibaba said it will give Indonesian publishers greater benefit with its UCNews service in particular. Alibaba’s head of Indonesia market Donald Ru told the Jakarta Post on the sidelines of the 2016 Media Festival that through its mobile internet company UCWeb, it eyes Indonesia as a potential market to provide users for local publishers.

This includes UC News. Ru said, “We bring UC News to Indonesian users based on what we have established in Indonesia through our flagship product UC Browser, Indonesia’s number-one mobile browser.

“UC News features a sleek and user-friendly user interface, a constant and abundant supply of trending news enabled by the cooperation with over 200 media partners as content providers, as well as smart and data-driven content delivery to users powered by leading data analytics and algorithms.”

• Singapore’s biggest broadcaster Mediacorp is considering a sale of its data centre unit 1-Net, and the company is inviting suitors to submit non-binding bids. Data centre operators have been hurt by cheaper and broader storage from companies like Amazon.

• Winners of the third Asia Rainbow TV Awards will be announced during the awards ceremony this Sunday November 27 in Macao. The awards are organised by the Hong Kong Television Association and the China Television Production Committee.

• Tencent-backed Hollywood Film and TV studio STX Entertainment is considering an initial public offering in Hong Kong. According to the South China Morning Post, STX founder, chairman and CEO Robert Simonds said he was finalising plans to open an office in the city and that Hong Kong was the company’s favoured location for a stock market listing. It wasn’t immediately clear what other venues could be in contention.

• China’s Baidu, Alibaba and Tencent expect paid digital content and targeted advertising to become growth drivers. This will include paid subscription to digital entertainment like online video and music, plus ad campaigns which are personalised and targeted at consumers. Tencent and Baidu both already have more than 20 million paid subscribers on their video-streaming and other entertainment services.