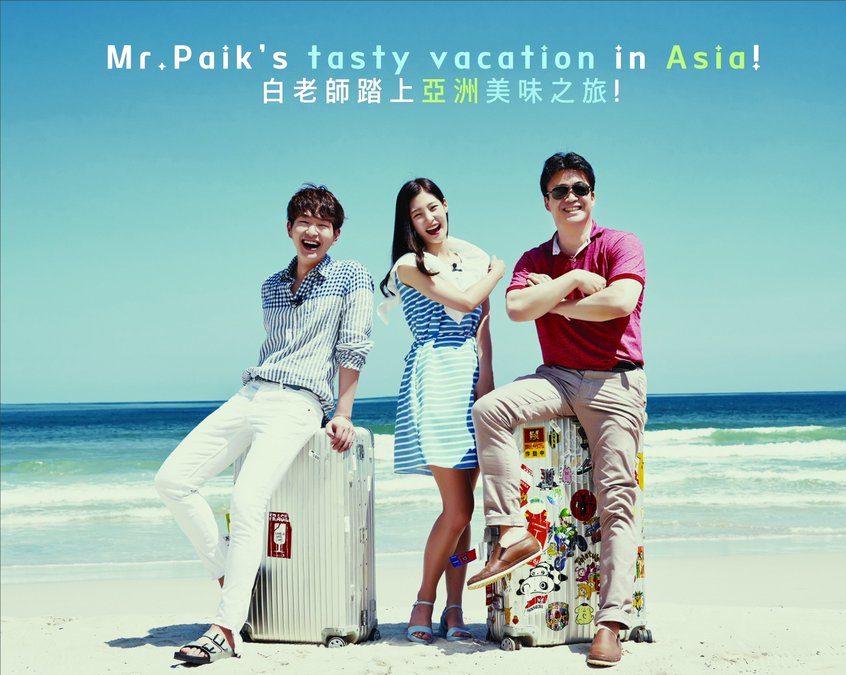 South Korea’s tvN has launched its new cooking variety show, Go Go with Mr. Paik in Kudat, at a time when most Korean cooking shows have been losing viewers. Paik actually spearheaded the South Korean cooking variety show trend but the popularity of his shows created a host of imitators until the genre was oversaturated. The new show is produced jointly by tvN Korea and tvN Asia, and will air in Australia, Hong Kong, Singapore, Taiwan, Malaysia, the Philippines, Thailand, Indonesia, Cambodia, Myanmar and Australia.

tvN is celebrating its 10th anniversary, having started in October 2006 in a crowded marketplace of more than 100 small players. According to the Korea Herald, “tvN has slowly emerged as one of the best content creators in South Korea, producing numerous hits with viewership unseen for a cable channel.”

South Korean kids’ programs are becoming popular on YouTube and Google Play because viewers can be reached without traditional limitations such as TV time slots. Lee Jong-yoon, manager of Iconix Co, told a Google Korea media conference, “Whereas we had no other option but to air our content on specific time slots on broadcast TV channels in the past, new platforms like YouTube let us easily reach viewers around the world without limitations.”

An upsurge of VOD consumption in Thailand sees the Kingdom becoming one of iflix’s top three markets in the region, along with the Philippines and Indonesia. iflix has just celebrated its first year in Thailand but declined to reveal how many Thai subscribers it has.

Thai VOD provider MonoMaxxx said it now had one million subscribers, and another local player, Doo Nee, predicts that by year’s end it will have a threefold growth in its subscriber base, which it claims is at present in the “tens of thousands”.

iflix’s users watch a daily average of 165 minutes, the second-highest in the region after the Philippines, with 184 minutes.

Singapore’s leading financial daily The Business Times will unveil a new look for its weekend edition tomorrow, Saturday 8 October. The Business Times Weekend was first launched as a compact edition in September 2008, and the new version with its compact size will now come with a standalone magazine supplement, Weekend, wrapped around the main newspaper, which will also be revamped. The revamped Business Times Weekend will run more features and columns and instead of the traditional front-page layout, the front page will feature a long-form story with graphics and photos.

Malaysia’s Astro shut down its popular Hindi channel Zee Variasi on 30 September because of the number of programs being produced in HD in India.

Astro’s senior vice president of the content group Rajamani Chellamuthu said, “Astro constantly reviews its content proposition to offer the best and most compelling content choices for our customers. The reality is that many of the new shows from India are produced in HD quality.” Astro will begin broadcasting a new Hindi HD channel, Tara HD, beginning 19 October.

Manila Bulletin Publishing Corp’s trading has been indefinitely suspended by the Philippine Stock Exchange over questions of the validity of the long-running broadsheet publisher’s corporate filings. The stock exchange noted that the company’s amended articles of incorporation approved in December 2014 did not indicate any extension of its 50-year corporate term. The Manila Bulletin, mostly owned by the Yap family, is the second-most widely read broadsheet in the Philippines and was founded in 1900 as the Daily Bulletin.

This month one of the Philippines’ top basketball coaches will take over as president and CEO of TV5 Network and president of Media5 Marketing.

The former coach, Vincent “Chot” Reyes, previously headed Sports5 and Digital5, now known as D5 Studio. Predictions were rife that with Reyes’ background as former coach of the Philippine national basketball team, TV5 would be reinvented as an all-sports channel.

But Reyes denied this recently saying that “sports alone isn’t enough to sustain a network”. He said under his leadership “sports and news with a bit of entertainment” would comprise TV5’s programming strategy.

A Singaporean live fantasy sport app that’s due to launch this month has signed a deal with English Premier League leaders Manchester City. The app, Ballr, will offer Manchester City-related prizes such as trips to the Etihad Stadium and opportunities to meet the club’s first-team stars in a deal that covers China, India, Indonesia, Thailand, Vietnam and Singapore. Ballr is a free gaming platform for fans to connect and compete against each other during real-time sporting events for the chance to win prizes.

• Harper’s Bazaar Singapore’s Asia NewGen Runway Show 2016, in collaboration with Swarovski, will be held in Singapore on 27 October as part of Singapore Fashion Week. Eight designers from Singapore, Malaysia, Indonesia and Thailand will vie for top spot.
• The world premiere of AXN’s The Amazing Race Asia Season 5 will be launched on Thursday 13 October. Competing teams hail from Indonesia, Malaysia, Philippines, Singapore, Thailand and Vietnam.

• Senior Indonesian journalist Siti Latifah Herawati Diah died in Jakarta on 30 September aged 99. Together with her husband Burhanuddin Mohammad Diah, who later became information minister in the Sukarno’s Cabinet, she founded Harian Merdeka daily, Mingguan Merdeka weekly in 1947, Majalah Keluarga magazine in 1952, the Indonesian Observer English newspaper in 1955 and Topik news magazine in 1972 as part of the Merdeka Group.

• Việt Nam Television (VTV) has launched a series of programs promoting domestic tourism. The series was produced under an agreement with the Ministry of Culture, Sports and Tourism.

• Social media and/or instant-messaging platforms are used daily by 80% of Thai connected consumers, with Line still dominating the market according to a study by Kantar TNS. There are now 20 million smartphone users in Thailand.

• The Philippine Daily Inquirer’s entertainment columnist and Hollywood reporter Ruben V. Nepales was named best entertainment journalist of the year by the Filipino American Press Club of California. In June, Nepales won second prize in the 58th Annual Southern California Journalism Awards, presented by the Los Angeles Press Club. He is also on the Hollywood Foreign Press Association’s board of directors.