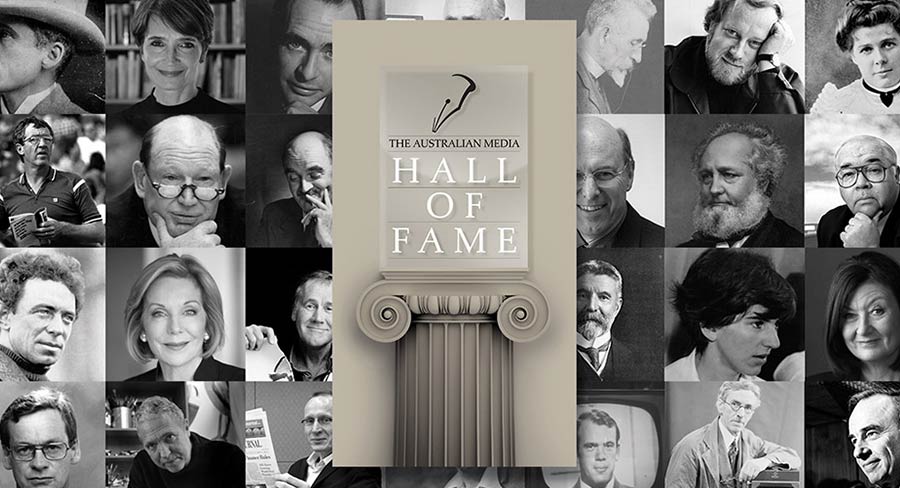 They include TV legends Ray Martin and Geraldine Doogue.

Another 48 greats of national journalism have been inducted into the Australian Media Hall of Fame.

An induction event took place in Melbourne on Friday night. The event completed the national foundation of the Media Hall of Fame – a decade-long project of the Melbourne Press Club.

Also honoured was the celebrated former political editor of The Age and The Australian, Michael Gordon, a champion of social justice journalism who died suddenly in February this year.

Launched in Victoria in 2012, the Media Hall of Fame last year expanded to include NSW. This year’s inductees include greats from Queensland, Western Australia, South Australia, Tasmania and the territories.

The Australian Media Hall of Fame seeks to demonstrate the importance and public benefit of journalism in the face of threats from digital disruption and political interference.

“The achievements of these extraordinary men and women show the abiding importance of great journalism for our democracy and why we should celebrate and defend it,” Melbourne Press Club CEO Mark Baker said.

The Advisory Panel for this year’s nominations was former editor of The Age Michael Smith, former editor-in-chief of The Australian Chris Mitchell, media historian Bridget Griffen-Foley of Macquarie University and Mike Bowers, photographer-at-large for The Guardian.