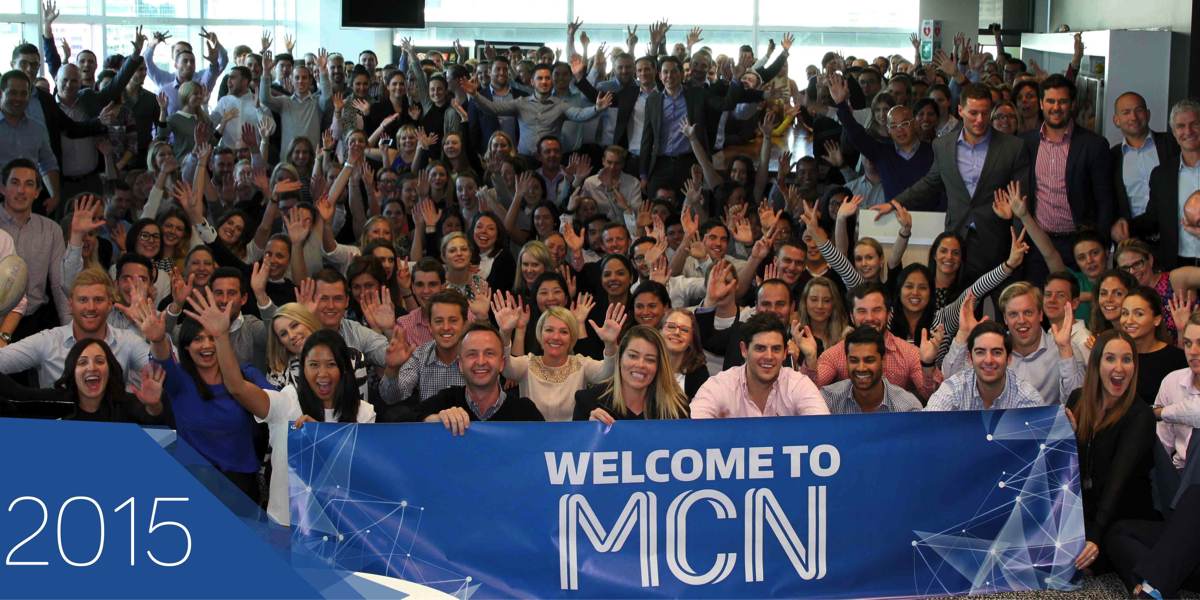 Multi Channel Network (MCN) chief sales and marketing officer, Mark Frain, today announced a number of new senior appointments that support the continued unification of MCN’s television and digital media business. The appointments come as MCN continues to execute on its aggressive roadmap in technology innovation to position the company for the future and help better serve clients’ needs. Nick Young has been promoted to the role of national sales director. He joined MCN in 2011 as national digital sales director. In his new capacity, Young will drive MCN’s converged strategy forward; his passion for aligning MCN’s sales practices with the company’s goal of unifying television and digital has been tireless. He will focus on applying his digital knowledge to television trading, which will allow MCN to help clients seamlessly transition towards cross platform advertising.

“With the industry moving to a single source view on consumers and audience delivery, the unification of screens is the future of video and television trading, so we are reshaping our business to make sure we are ahead of the curve. MCN’s been on a journey through innovation to unify Landmark, Multiview and Programmatic TV. With Nick’s appointment to a cross-platform position, we are reflecting our people resource with our tech resource,” Frain said.

The additional appointments are:

Ben Sumpter has been appointed to national sales operations director and general manager Melbourne. Sumpter, who has been instrumental in the growth of the MCN business in Victoria over the last 11 years, will remain as one of MCN’s senior leaders incorporating responsibilities across MCN’s national sales operations. He will develop a unified approach to sales strategy and planning for the Melbourne operation and then interface this into MCN’s national operations.

Melina Augoustakis has been promoted to the role of Melbourne sales director. Augoustakis has played a significant role in MCN’s rapid growth in the Victorian market, helping to build one of the best performing media sales teams in Australia. After 15 years with MCN, she has become one of the most recognisable faces in the Melbourne media industry and her passion for the business and her team will continue to deliver outstanding results for advertisers.

Paul MacGregor has been appointed MCN’s national director – client solutions, marketing and production. MacGregor has been a vital part of the MCN business since 2007. In that time his achievements include initiating and building the MCN Multiply Productions team in 2010 and leading MCN’s extensive trade marketing activities. He has also overseen the execution of six highly successful MCN HomeFront seasons. In his expanded role, MacGregor will bring his creative approach to assist brands with advertising solutions that unify MCN’s TV, online, mobile and DOOH, platforms into a singular campaign vision.

David Cook joins MCN in the newly created role, Head of Client Solutions. Cook has spent the last 20 years within various media agencies and has most recently led the strategic thinking at Bohemia, Ikon, ZenithOptimedia and Starcom. Cook brings to MCN extensive experience working with clients such as Nestle, Sony, Lion and Diageo, together with a well-regarded strategic approach to client campaigns. Cook will be charged with developing cross-network client solutions which are powered by data driven insights, strong strategic vision, and highly creative ideation.

Frain said: “Nick Young and Paul MacGregor have been two of the key architects behind MCN’s strategy to unify our business across digital and television. MCN’s sales team has benefited enormously from their devotion to develop this vision and their new appointments will ensure MCN continues to engage the market around strategic, cross-network solutions.”

“The two promotions in our Melbourne office are reflective of the continued opportunities MCN sees in the market and the impact Ben Sumpter and Melina Augoustakis have had on the business. They have delivered above and beyond, developing MCN’s Melbourne sales operation and building awareness of MCN’s unique offering in the Victorian market. It is a privilege to work with such talented and motivated individuals, and the success that MCN has seen in the market over the years is testament to the calibre of people that come to work with us.”