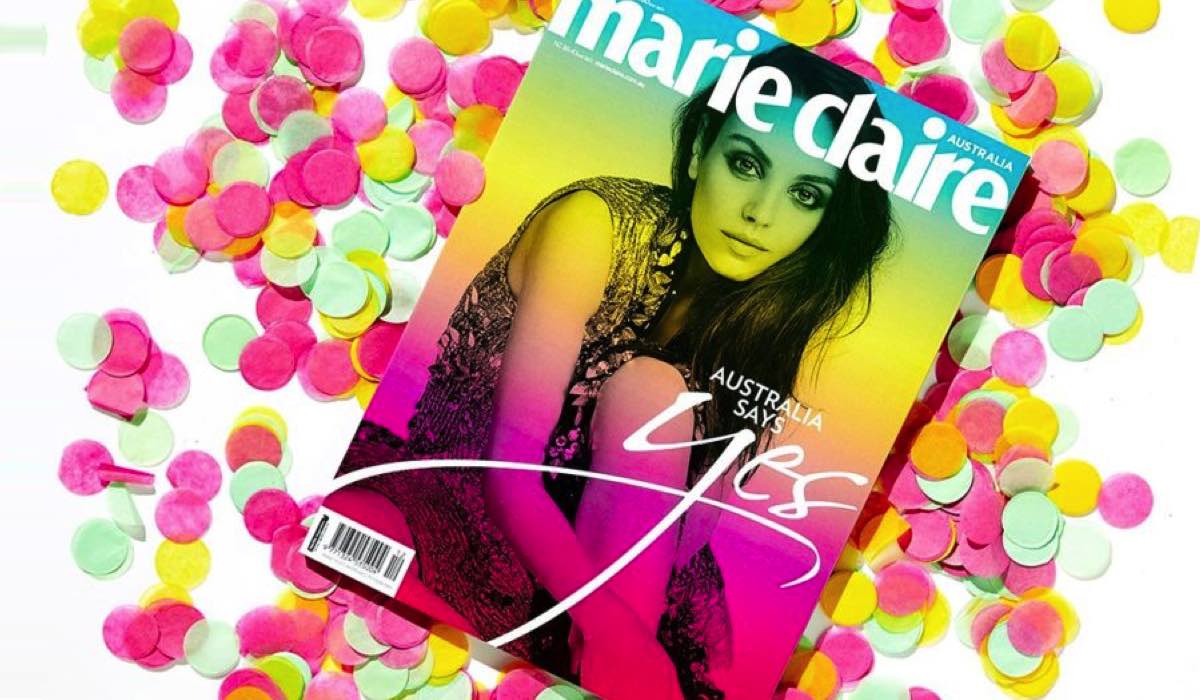 marie claire has published a limited-edition cover-wrap on its December edition to celebrate the announcement of a “yes” vote for marriage equality.

Nicky Briger, marie claire editor, said: “Right now, champagne corks are popping across the country as we take the first step towards joining the 760 million people currently living in countries where same sex marriage is legal. At marie claire, we believe that every couple has the right to marry – and now, armed with the official backing of most Australians, we can finally get this done!”

Now on sale, the cover execution follows marie claire’s longstanding commitment to pushing for change on this issue, starting with the brand’s far-reaching “I Do” campaign in 2012 where 170,000 readers signed the petition and thousands more marched in marie claire’s two rallies in Sydney and Melbourne.