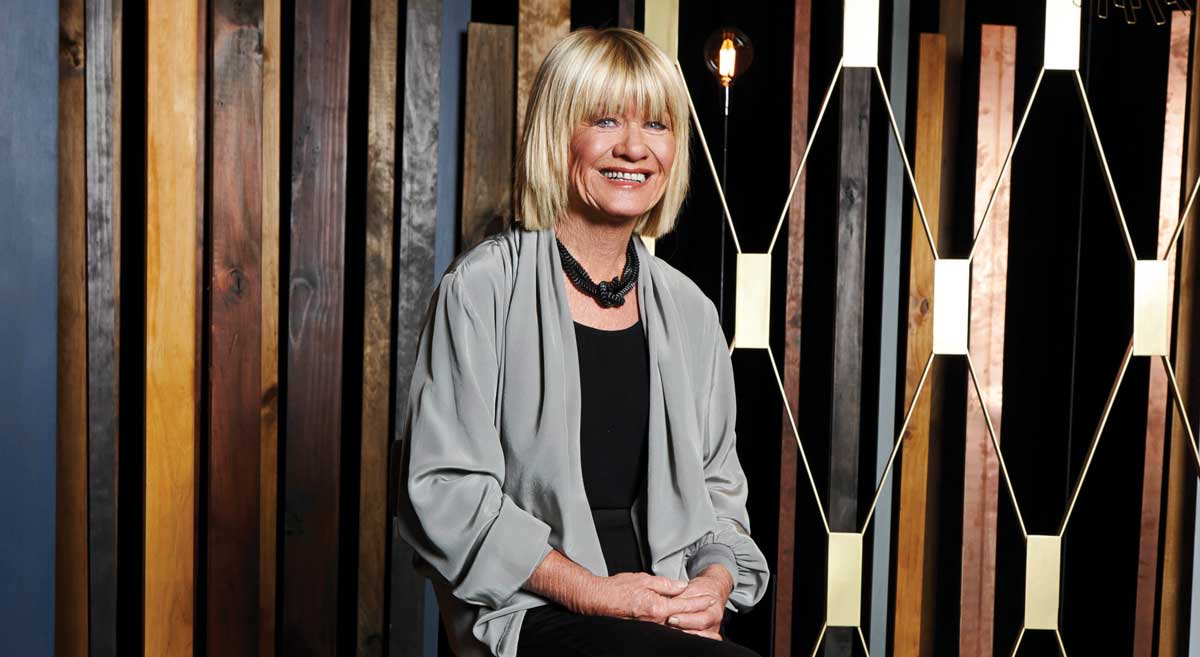 From stage to screen to the big screen: Film critic Margaret Pomeranz faces a new challenge as she embraces reviewing TV for new Foxtel series

It has been a year and a half since Margaret Pomeranz left the ABC and her TV series At The Movies, but Pomeranz remains as busy as ever with a continued commitment to film criticism.

Today, Pomeranz is one of the on-screen faces of Foxtel’s arts show Stage and Screen, which commenced this month after spinning out of previous Foxtel screen cultures show Screen.

“I still argue with David,” Pomeranz revealed in reference to David Stratton, her former on-air partner of almost 30 years. “I talk to him every couple of days. He’s a great friend. You don’t have that length of association without… It doesn’t just cut off. We’re very fond of one another. If I were in trouble, I’d ring David to ask him to help me. I think he’d do the same for me. We’ve both done it for one another.”

Appearing alongside Pomeranz for the movie and TV show review segments on Stage and Screen is Graeme Blundell. While film remains a strong focus of these segments, the new show does take a much broader look at screen culture, which required a shift in approach for Pomeranz. Unlike film, which presents its narrative over its runtime, reviewing television means Pomeranz needs to spend more time in forming a critical consideration of a show.

“I have to do a lot of research for the television. I have to catch up. I haven’t watched a lot of television over the years and I’m conscientious, so I had to watch all of the third series of Wentworth before I could even start talking about the fourth series. I’m watching a lot of television,” Pomeranz explained.

TV narratives have caught her eye recently, with the presenter admitting a love for Glitch and Foxtel’s upcoming series Secret City.

Another shift from her previous TV role is her on-air relationship with Blundell, which is markedly different from the relationship she maintained with Stratton.

Pomeranz, who admits that she is never shy in having her thoughts known, is disappointed that At The Movies never continued after the decision was made to step down from the show. Without At The Movies, there is a gap on television, with no other show on free-to-air broadcast TV replacing it.

Despite the specialty subject matter of the show, At The Movies pulled in a considerable audience each week. The broadcast audience was strong, but on-demand iview viewing lifted audience numbers considerably.

Evident from the fact Pomeranz continues to work on air reviewing movies for Stage and Screen, the choice to step away from At The Movies was made by David Stratton.

“David wimped out. It was absolutely David’s decision. The ABC would have kept us on, but he didn’t want to do it any more. He lives out of town. He got sick of having to stay in a hotel overnight to watch a movie for 15 year-olds. That’s pretty much what it was. All those franchises. And they’re not very well written.

“I always wanted the show to continue after us. I wanted to watch something like that when I stopped doing it. I said to Mark Scott at the time, to give up that 700,000 each week on the cinema was really a cultural remit and I thought they should have kept going with it,” she revealed.

For now, Pomeranz is happy with her new job on Stage and Screen – as long as they don’t make her review reality TV. There are, however, things she dearly misses from the movie review shows she co-hosted for SBS and then the ABC. One of the biggest is the annual trip to France for the Cannes Film Festival.

“Cannes is really expensive. How I afforded it when we were at SBS, I’ll never know. Everybody is being squeezed these days in terms of cost of production. A crew over there is US$1000. Accommodation is through the roof. It’s too expensive unless you have the taxpayers’ money,” Pomeranz said.

Pomeranz is coy in describing her home theatre setup, but does admit that right now her Foxtel set-top box is playing up, which is a problem for Pomeranz watching movies and TV shows. But she isn’t very keen on Netflix as an alternative:

“All these streaming services are making life difficult for places like Foxtel. Particularly Netflix, which isn’t really investing in anything in this country. They’re just taking it out of here. At least Stan is investing in product in this country and I think it would be nice if Netflix did too.”