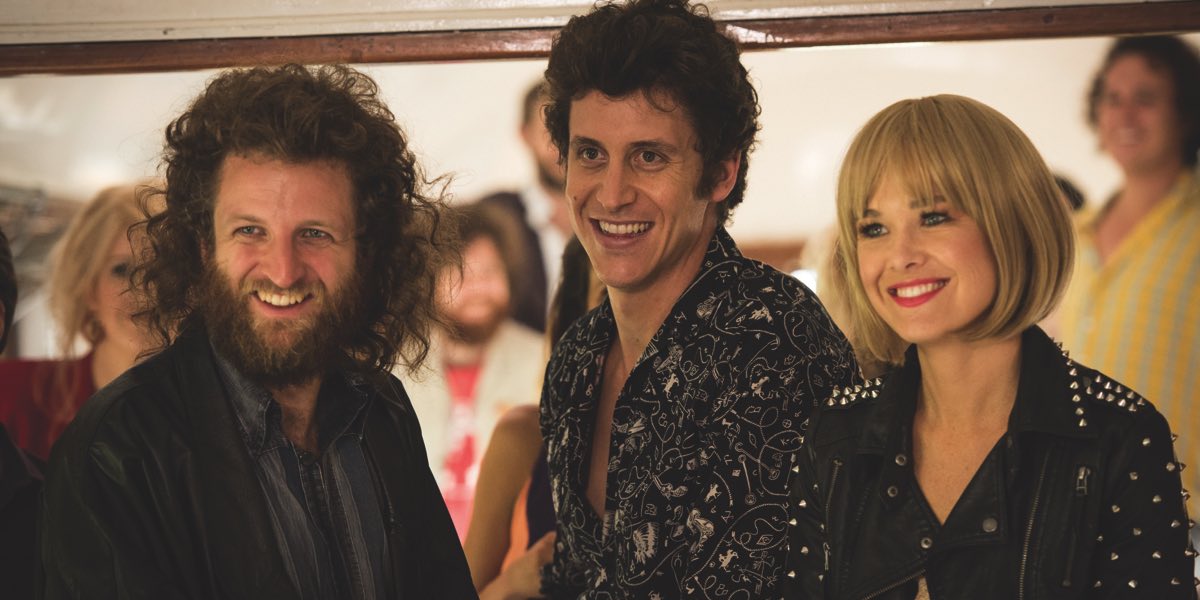 After producing the two-part Seven drama Molly, Michael Gudinski is excited to see how the show will fare this Sunday night. “I’d love to knock INXS off and see how we go.”

While the production has enabled Gudinski to relive his youth, he’s viewing the miniseries as a rejuvenation of Mushroom Pictures. After a handful of other productions, Gudinski believes the company lost focus on TV. He’s keen to return to it, however, with a number of ideas in mind.

“I’m very keen on TV. I think it’s an absolute sacrilege that there isn’t a Tonight Show in Australia,” Gudinski said. “The fact networks aren’t up with people’s sleeping habits, that people stay up late, the fact there’s not some form of Tonight Show and that no one cares about anything after 10 o’clock at night, well, something like that would interest me.”

While actively involved in the production of Molly, Gudinski made a pledge not to go to the set, concerned that he would be an intimidating presence. By not visiting the set, Gudinski found it easier to stop Molly Meldrum himself from doing the same. A charismatic character, Gudinski says that Meldrum got a taste of wanting to do more on the production once he’d picked Samuel Johnson to star as him.

“Molly’s had great instincts,” Gudinski said. “A lot of people don’t realise what a great producer the guy is. He’s like the Phil Spector of Australia. When he mentioned [Samuel Johnson] to me, I actually listened. Although he did suggest that my son play me. He’s better looking than me and he’s not an actor, so after picking Samuel, I thought ‘you’d better stay out of this’. The bloke that plays me, I really like the guy and I put a bit of time in with him. The guy has got me down so well.”

Meldrum, who Gudinski said is over-awed by the miniseries, is the perfect subject matter for the biographical miniseries because he’s stayed relevant: “There is no one who has done more for Australian music than Molly. It’s funny. The show is a drama because he’s a fuckin’ drama. He loves it.

“When he fell off the ladder, the outpouring of love from all areas, he’s a true blue Aussie. He’s had the piss taken out of him. He’s fumbled and bumbled some of the greatest artist interviews. But he’s genuinely a fan. Seeing that Australians were starting to celebrate Australians, Molly was an obvious thing to do.

“People don’t realise how much Molly went through and how difficult it was walking the corridors of the ABC back then. When Countdown first emerged, it was part of everyone in the music business’s life. It was perfect timing because colour TV just started.

“People became a bit cynical about it toward the end. Countdown could have gone on for a lot more years. You could really feel it. You’d play a song on the Sunday, you’d see the sales on the Monday. It was a great barometer and has had a lot to do with the Australian music business becoming a serious business.”

Despite their friendship, did Meldrum fully trust Gudinski with the story of his life?  Gudinski explained that “as much as he and I have fought like cats and dogs over the years, because Molly has a trait that he tends to pick on his mates, he’s been a part of our family for a long time. I think he trusted me to make it real, but not to let it embarrass anyone.”

Absolutely integral to the success of adapting the life of Molly Meldrum to the screen was the music. Despite Gudinski’s industry weight, he wasn’t able to clear all of the music rights. He is, however, very happy with the three-CD soundtrack, which includes a curated disc of songs that Meldrum loves. While the album has been successful prior to the launch of the miniseries, Gudinski hopes that it will go to number one on the charts once viewers see the show.

Samuel Johnson, Gudinski revealed, lived and breathed the role with great end-results: “I sent some of the early footage over to Rod Stewart’s management, because Rod and Molly have known each other a very long time. Rod’s manager called up and said, ‘God, he looked so good when he was young.’ I said, ‘That’s a fucking actor.’ When Rod’s manager called, I knew.

“Samuel is a pretty complicated guy. I think he’s one of our great actors and he hasn’t done a lot recently, but I think it’ll be up to him. He’ll come out of this very, very well.”

At a recent launch event, Seven’s Tim Worner told the room that once Molly Meldrum’s story was out of the way, they should do Michael Gudinski’s story next. Gudinski is apprehensive.

“Tim Worner put me on the spot with all this. It’s a compliment for him to think like that. What happens, I don’t know. The working title would be ‘Mushroom: The Wild Frontier’. It’s a long way from happening.”