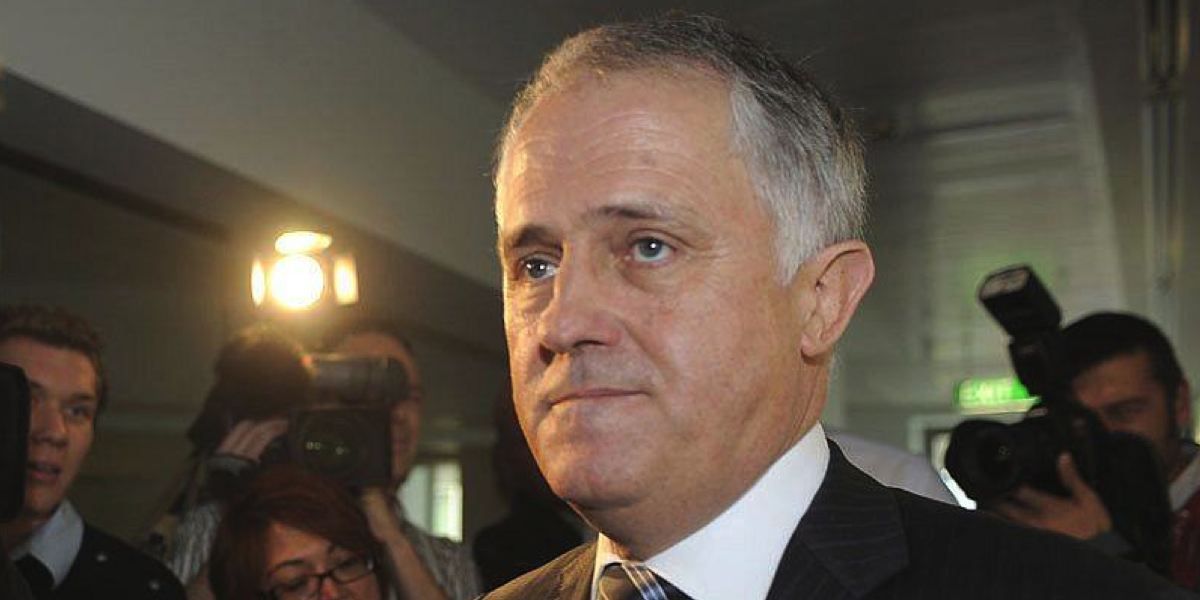 Majority of the Sunday metro newspapers rally for Liberals to win the 2016 Federal Election. The Sunday Age says Bill Shorten should be given a chance.

Australia’s major Sunday newspapers have backed the Liberal Party and prime minister Malcolm Turnbull in editorials. The only masthead bucking the trend was The Sunday Age, which wrote: “Bill Shorten deserves the chance to govern”. 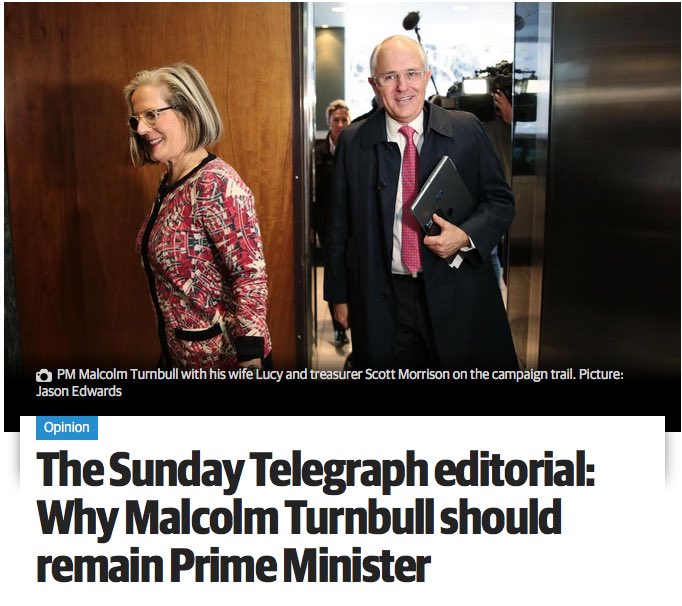 Malcolm Turnbull is the right man to lead Australia for the next three years.
Today The Sunday Telegraph gives Turnbull carefully considered endorsement. His government is not perfect and its election campaign has been timid and lacking in ­policy conviction.
However, the Coalition is undeniably the stronger party on all of the measures that ­really matter to Australians: economic management, border protection, job creation and mental health. 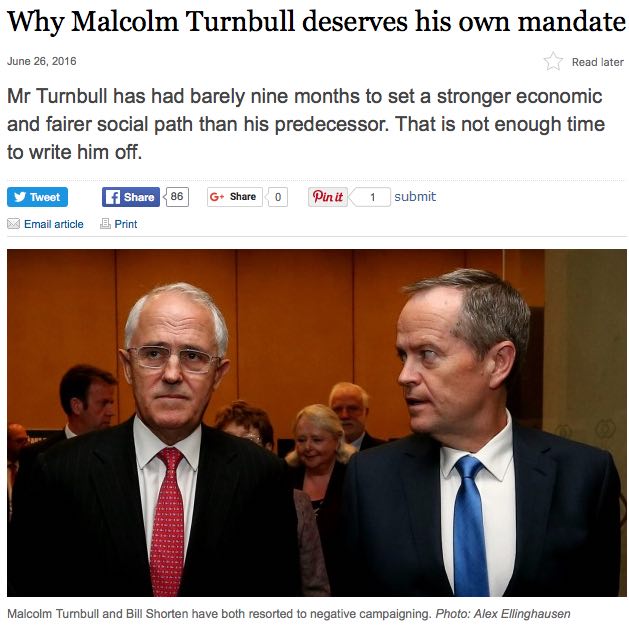 The Sun-Herald has not seen from Bill Shorten a compelling case that Australia needs a new government.
Malcolm Turnbull has had barely nine months to set a stronger economic and fairer social path than his predecessor. That is not enough time to write him off.
We believe that if Turnbull reconnects with his core values and keeps his promises, he deserves a chance to establish his own mandate. Australians need a leader they can trust to drive economic reform and build national consensus on social issues. 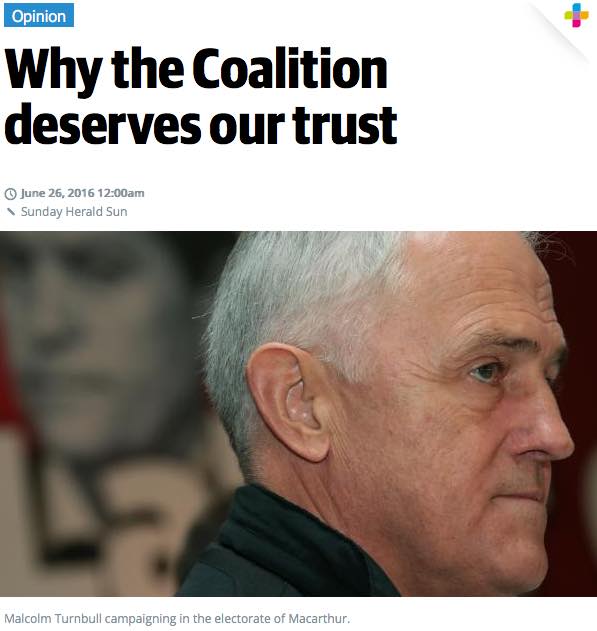 We urge a strong vote next Saturday for the Coalition, not Labor and certainly not the minor parties such as the Greens, which for too long have blocked legislation and denied the mandates of governments to govern.
In the Coalition, we have an experienced government that has shown it is prepared to put in place the foundations for a bright future.
The Sunday Herald Sun believes emphatically that the Coalition deserves our trust and our vote on Saturday. 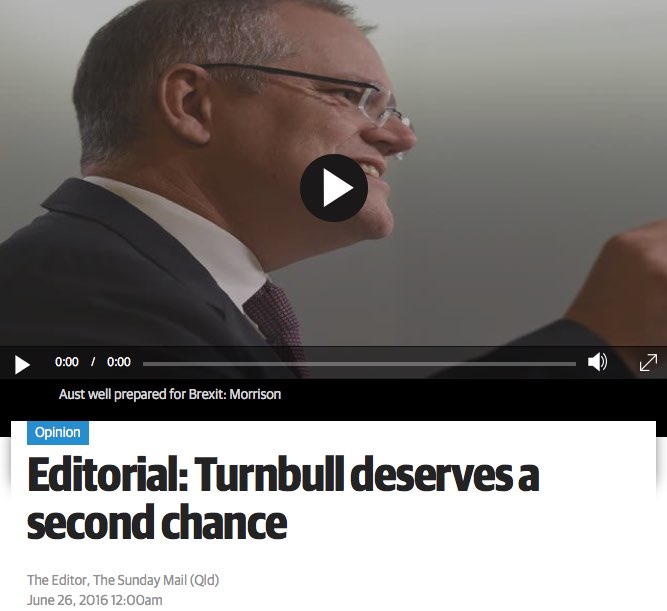 The Sunday Mail today throws its weight behind the Coalition to be returned at next Saturday’s federal election. 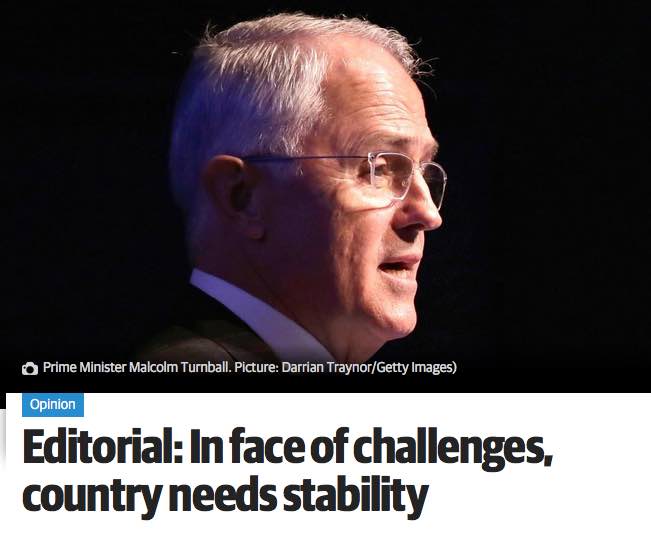 Prime Minister Malcolm Turnbull has given us that opportunity with a double-dissolution election. He deserves the chance to give us the stability and direction this country needs. Labor has risked  a big-target campaign by  presenting bold policies, and while the party is yet to resolve its vexed relationship with unions, Bill Shorten deserves the chance to govern.