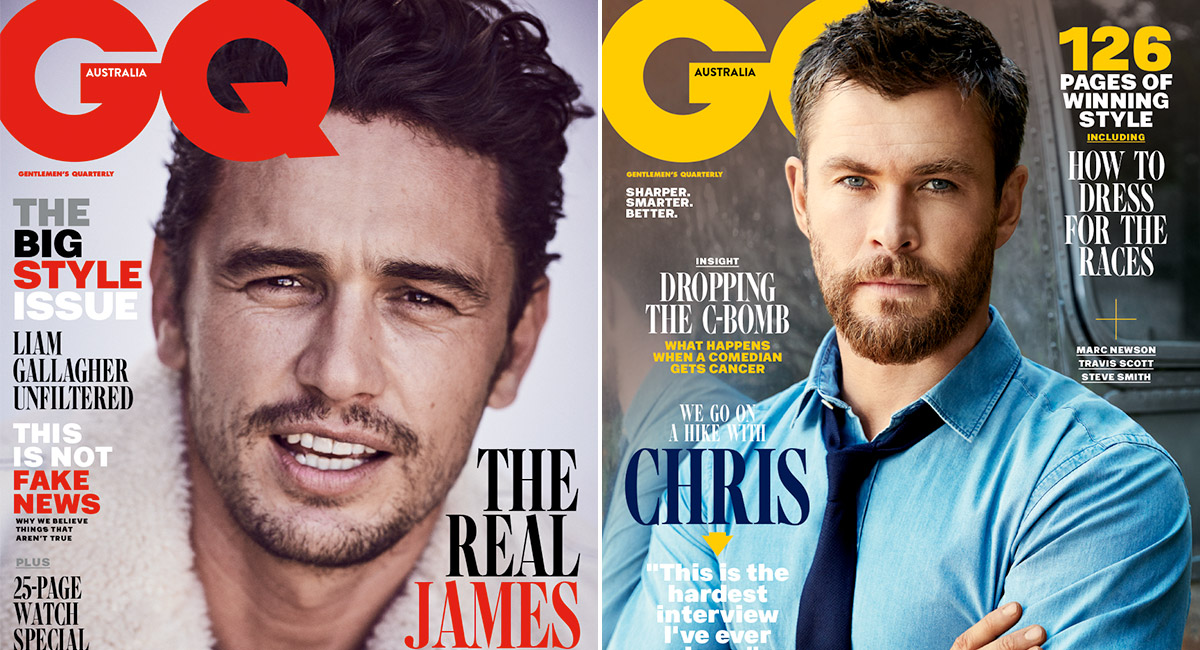 Editors select their most significant covers from the past 12 months

Editors select their most significant covers from the past 12 months. As one of Hollywood’s most intriguing figures, James Franco has long been someone we’ve been keen to shoot and he was perfect for our Big Style (September/October) issue.

When we shot Franco in Downtown LA, he was at somewhat of a crossroads, feeling burned out from doing a million different projects at once.

We not only got some fantastic shots of a reflective, candid Franco, but an exclusive interview, in which the actor opened up about what he called his addiction to work and the effect it has had on his life and relationships.

Now, in the lead-up to awards season in Hollywood, his name tops many people’s list.

Even for cover stories, getting access to celebrities is harder than ever, these days. So it was refreshing that when we approached Chris Hemsworth for the November issue, his team was so open to working with us on not just a shoot and interview, but something bigger. Having met him last year, for this cover story I ended up meeting Hemsworth near the actor’s home in Byron Bay for an early-morning hike up Mount Warning, then a surf.

Besides a great cover interview with Hemsworth, we also managed to get some exclusive footage of the expedition for GQ’s digital and social media channels.