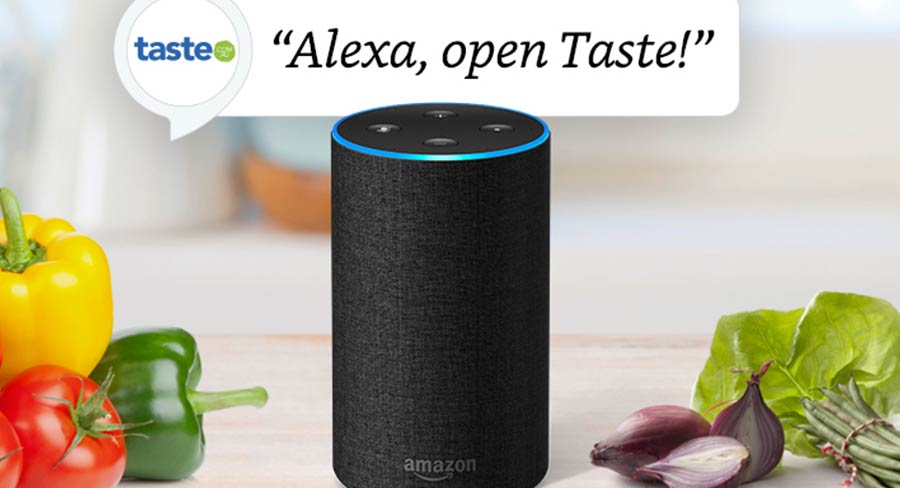 Devices such as the Google Home Hub and Amazon Echo have created a new platform for magazine brands which has been heartily embraced. But with the technology in its infancy, the true impact of voice is yet to be seen. Magazine Networks’ Brooke Hemphill looks at the opportunity for magazine brand publishers.

With publishing giants such as The New York Times and The Guardian launching offerings in the space, voice is fast becoming the next frontier for publishers who are uniquely placed to capitalise on the technology.

News Corp Australia’s Gemma Battenbough, general manager of digital development, said: “There’s a real opportunity to be right at the centre of your users’ lives as they become increasingly connected. Voice is helping us to move beyond websites and smartphones to create a really personal relationship in people’s homes.”

For News Corp, that relationship is already blossoming with the publisher’s Taste.com.au one of the first Australian food media brands to embrace voice launching a Google Home “action” more than 12 months ago and unveiling an Alexa “skill” the day Amazon’s Echo device launched in the Australian market. The two offerings allows users to search Taste’s database of more than 50,000 recipes without lifting a finger.

Battenbough says: “Alexa and Google Home users can search then send a recipe to their device but importantly, they can cook along in a step-by-step fashion. It enables them to follow along while freeing up their hands.”

Recipes, it seems, are the natural entry point for publishers looking to embrace voice. Pacific’s New Idea Food optimised its recipe content to coincide with the Australian launch of Google Home Hub, while Bauer Media has also made a foray into voice through The Australian Women’s Weekly recipes and Gourmet Traveller.

Sarah Belle Murphy, Bauer Media’s general manager of digital operations, said: “It’s an easy one because the way the data is already structured. But that’s obviously just the starting point for us.” Pacific’s Will Everitt, director of digital product and technology also says he’s just getting started. The publisher is gearing up for an innovation day with Amazon in the coming weeks which will serve to identify the opportunities for voice among the brands within its stable. “We are starting with recipes but looking to expand beyond that,” he said.

The opportunity for publishers is yet to be fully realised but Bauer Media’s Murphy cautions against treating voice as just another channel. She said: “I don’t see this as another distribution channel for editorial content. We need to look at it as creating service-based experiences that can provide real value.”

An example Murphy cites is review-based platforms such as Bauer Media’s Beautyheaven which are yet to utilise the technology.

Launching a skill or being on Google’s Home Hub is just the beginning. Once publishers are live on the platform, the trick is to build the audience.

News’ Battenbough says this has been a major focus for the Taste.com.au skill which has seen an uptick of 25% month-on-month for the Amazon platform.

The size of the potential audience is difficult to pinpoint. According to reports, as of January, more than 100 million devices with Alexa built into them had been sold worldwide although uptake in the local market is unknown.

Ditto Google Home products. One analyst says 52 million Google Home devices have been sold to date with 43 million of those believed to be in the USA.

There is also the possibility of the Facebook Portal to consider, a combination of a smart speaker and a tablet-esque device, which would allow publishers to work with images and text as well as voice.

The opportunity for advertisers

Voice technology is also creating opportunities for the advertising partners of publishers. Earlier this year, The New York Times’ in-house branded content studio announced it was producing voice skills for its advertising partners with Audi the first brand to take them up on the offer.

With Australia’s magazine publishers boasting their own in-house content studios – Pacific recently launched marketing and content arm Eve while Bauer Media has Story54 and News Corp Suddenly – there is scope to follow suit. Bauer Media’s Murphy said: “Voice is still really developing in terms of what the true potential of the commercialisation is.”

In terms of commercialisation, Murphy believes publishers and their advertising partners need to use a test and learn approach to find the right model that works for them as the technology continues to develop.

The impact of voice beyond voice devices

Beyond devices such as Amazon Alexa and Google Home, Pacific’s Everitt says the big area voice is destined to come into play for magazine brands is search. “With voice search coming more common, we need to rethink search engine optimisation,” he said.

ComScore estimates that more than 50 per cent of searches will be voice-based by 2020 and as Everitt notes, voice searches are performed quite differently to written searches; they are much more likely to be question or action based.

“This is set to impact search ranking and the subsequent audience KPIs of traditional publishers,” said Everitt.

To combat this, Pacific has been conducting audience analysis to map out changes that need to be made to search engine optimisation (SEO) strategies. This is particularly important given publishers have, in recent months, moved away from relying on Facebook to drive traffic to see increases in search-led audiences.

“It is going to be a real game changer. Voice SEO is going to become one of the biggest things in search in the next 18 months or so,” said Everitt.