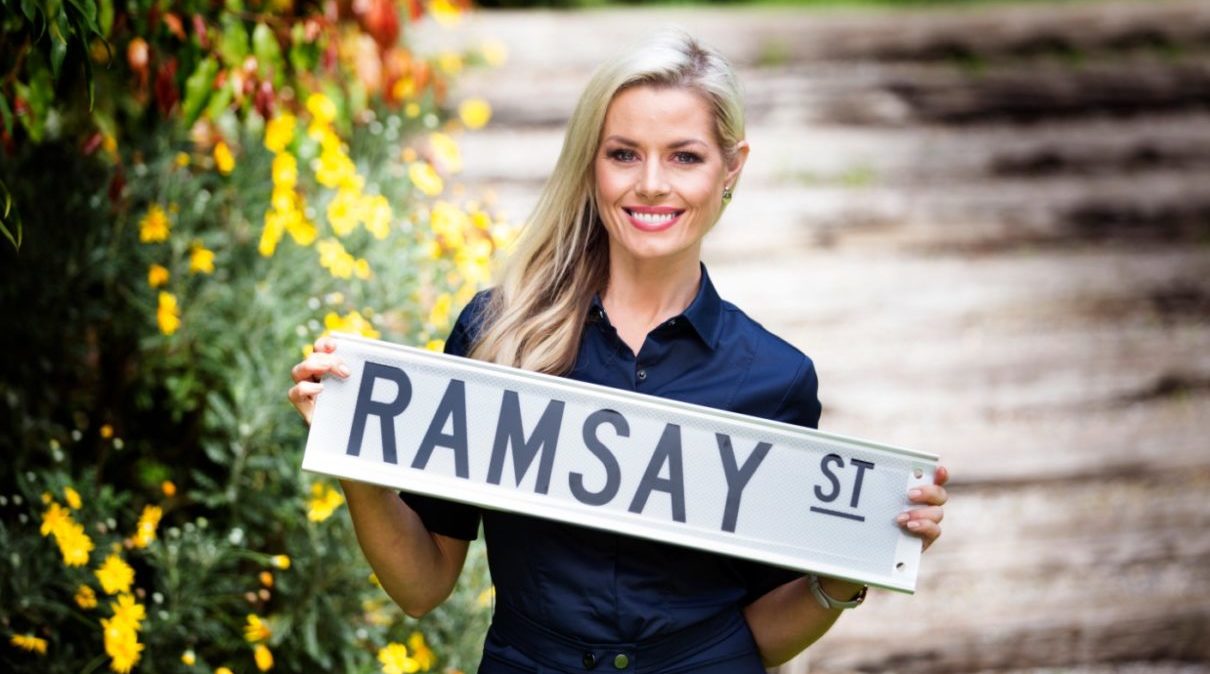 Network Ten has announced Madeleine West is returning to Neighbours.

West played the much-loved character of Dee Bliss on the iconic drama from 2000 to 2003, and was last seen on her wedding day to Jarrod “Toadfish” Rebecchi (Ryan Moloney). Following the wedding ceremony, Dee and Toadfish were in a tragic accident when their car hurtled off a cliff face. Toadfish survived but Dee’s body was never recovered.

During the series’ 30th Anniversary celebrations in 2015, a national poll placed Dee and Toadfish’s wedding tragedy as one of the most popular Neighbours storylines of all time.

It was 16 September 1956, exactly 60 years ago, when Bruce Gyngell greeted Australian viewers as TCN9 flicked the switch in Sydney, reports TV Tonight, and Australian television was born.

West’s much-anticipated guest appearance might finally solve Neighbours’ biggest mystery. Is Dee actually alive, or is there a bigger plot twist at play?

Neighbours Network Ten executive producer Claire Tonkin said: “Who can forget the iconic moment of Toadie and Dee’s car flying off the cliff after their wedding? For over a decade we have been left wondering about Dee’s true fate. We are overjoyed to welcome the wonderful Madeleine West back to Ramsay Street to provide answers and maybe some even bigger questions.”

Neighbours executive producer, Jason Herbison, said: “It has been a dream of mine to have Madeleine return and, who knows, finally lay to rest what really happened to Dee. Not since Harold and Madge Bishop’s return has there been a bigger comeback. The atmosphere on the set is electric having Madeleine back in the fold.”

Madeleine will appear on screen in December and again from early 2017.