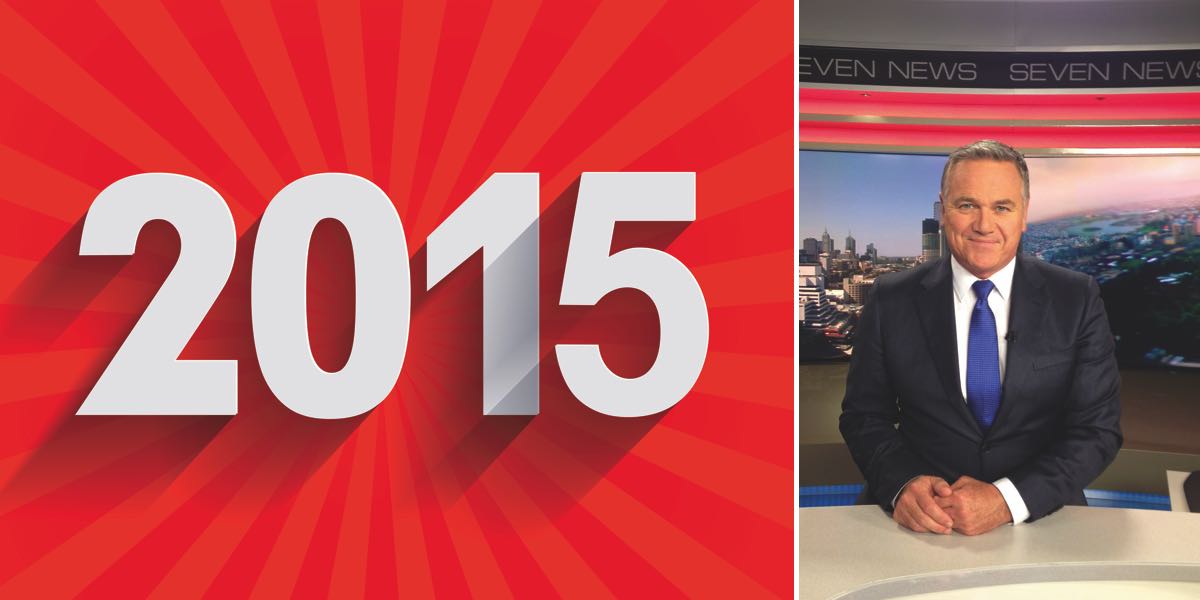 Media professionals’ thoughts about 2015 with insights based on their work experiences, personal memories, and the world in general.

Another mid-term change of prime minister. It used to be a rare event! Michelle Payne’s historic victory on Prince of Penzance in the Melbourne Cup (with help from Frankie Dettori). And the capture of the Stoccos.

More revelations of failure in Victoria’s parole system. Men who clearly should still be behind bars are free to roam the streets. It continues to cost lives. Also the political fight over EWLink that gave taxpayers nothing for their $800m+.

The terror attacks in Paris. New York was 14 years ago. Whichever way you look at the war on terror, we’re not winning it. A new strategy is needed.

That our children aren’t spending any LESS time on screens. I worry about what sort of future they face, those addicted to screens, sometimes three at a time.

To see if any side other than Hawthorn can win the AFL premiership. And to see if progress can be made in Neale Daniher’s incredibly brave bid to freeze motor neurone disease.