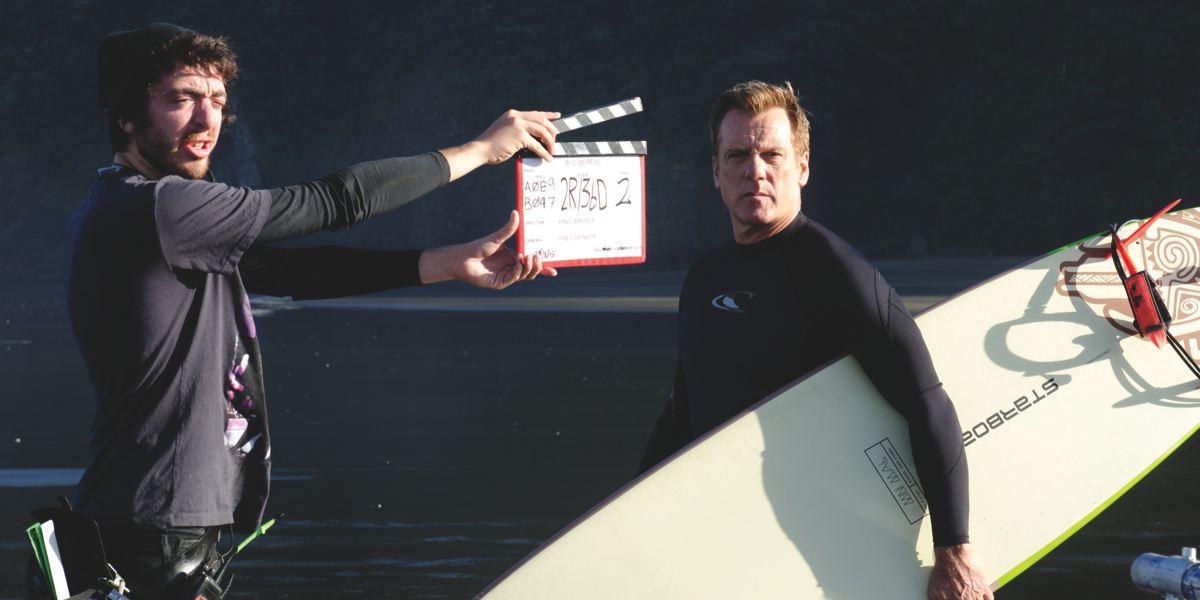 The Seven series 800 Words starting later this month featuring Erik Thomson is a co-production from an idea Timothy Balme sent Thomson. Balme worked as head of development at South Pacific Pictures (SPP), a company Thomson worked for earlier in his career.

“I read it, I loved it and I thought it was perfect fit for Seven,” Thomson told Mediaweek. “They put a pitch together and Seven loved it. I have been involved with the project since its conception and it’s been a very interesting journey.”

In addition to being a very enjoyable drama, the series is certainly a great travel brochure for New Zealand. “The series will surprise many people about how sub-tropical New Zealand can be. The country is over 1,000 kilometres long and in the deep south it is alpine and looks like Switzerland, yet in the north they can grow bananas.” Thomson noted they had to shoot before the weather turned at the end of April because it could be hard to pass it off as a summer series. “It would be impossible in fact,” he added after thinking about that challenge.

Thomson worked his way to the top in Australia via All Saints and then Packed To The Rafters. He told us he wasn’t a big star when he left New Zealand. “I had done one TV series for SPP called Plain Clothes and it only got one season.” His first job here was Pacific Drive on the Gold Coast. “It wasn’t a particularly good show, but I met Jo Porter who was associate producer who I later worked with on All Saints. Julie McGauran, now Seven’s head of drama, was Porter’s assistant back then.”

“This new series idea came in around the time we finished Packed To The Rafters in 2012. I was feeling like I needed a break. Not only had we made 122 episodes of television, but my wife and I had two children. Whilst I was making Rafters I was also being a dad at home. I was pretty tired and I thought it important that I go underground, maybe take a back seat for a little while. I was wary of ramming myself down the public’s throats too much.”

Thomson also made a pilot for Seven called Hartman’s Solution which didn’t get picked up. “The feedback was pretty positive on it but they decided not to move ahead on it. That was part of the process for me and the network to work out what was next. My relationship with Seven goes back to 1998 when you used to queue for food in the cafeteria next to the head of programming or the head of development. We were all in together at Epping.”

The creators of the show are Timothy Balme and James Griffin who are both old colleagues of Thomson’s in New Zealand. “They were pitching the idea to TVNZ and they suggested they try and get me involved. When they did the pitch to Seven they shot some vision and I did a voiceover which I recorded in the back of a mate’s car. We had a three-minute reel and it was pitched to Brad Lyons and Julie McGauran. They were initially concerned about creating an Aussie drama for primetime on Seven which was going to be shot in New Zealand.”

Production started in February this year and lasted three months. “About 90% of the show is shot on location,” said Thomson.

[blockquote style=”3″]ERIK THOMSON was seven when his Scottish family immigrated to New Zealand. He lived there until he was 28 before moving to Australia. He now lives with his family in South Australia. TVNZ will screen 800 Words in New Zealand after it airs in Australia.[/blockquote]