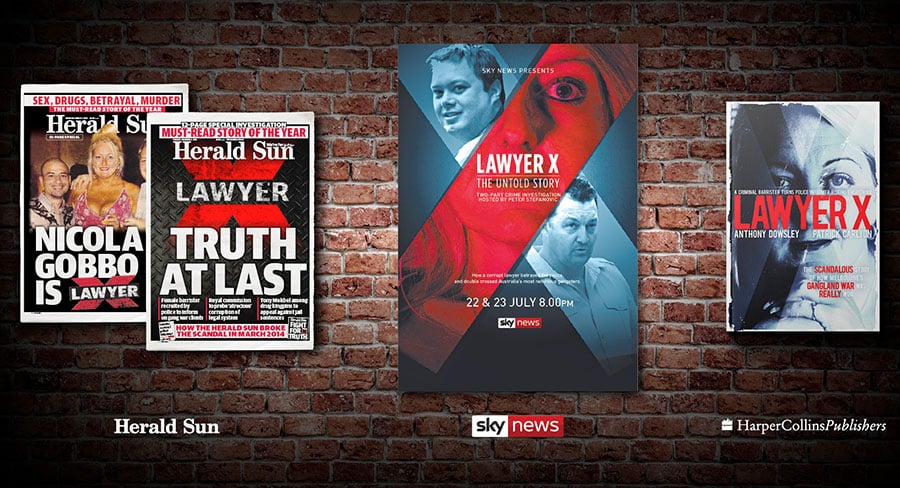 Five years after the first revelations in the Herald Sun about rogue barrister Nicola Gobbo, who betrayed both the police and Australia’s most notorious gangsters, the story will be told in a two-part true crime investigation produced by Sky News.

Paul Whittaker, Sky News Chief Executive said: “The Herald Sun’s reporting set off an extraordinary chain of events that rocked Victoria’s legal and law enforcement establishment, with the implications continuing to unfold across the judiciary and the wider community.

“The documentary will speak to key insiders and reveal new information into the events that shook Victoria’s justice system and sparked a Royal Commission into the scandal.”

The investigation by Anthony Dowsley and Patrick Carlyon for The Herald Sun involved an almost five-year legal battle fighting dozens of suppression orders forbidding the publication of Gobbo’s identity as Lawyer X and led to an opening of a Royal Commission into how Victoria Police deals with informants.

Herald Sun editor Damon Johnston said: “Victoria Police didn’t want the public to know about Lawyer X. It took nearly five years of secret legal battles and dogged investigation before the Herald Sun could detail how police recruited a barrister who played both sides of the fence.”

A book on the saga by Dowsley and Carlyon, called Lawyer X, will be published by HarperCollins on October 21, 2019, with Foxtel also producing an eight-part drama, Lawyer X: The Story of Informer 3838 available in 2020.