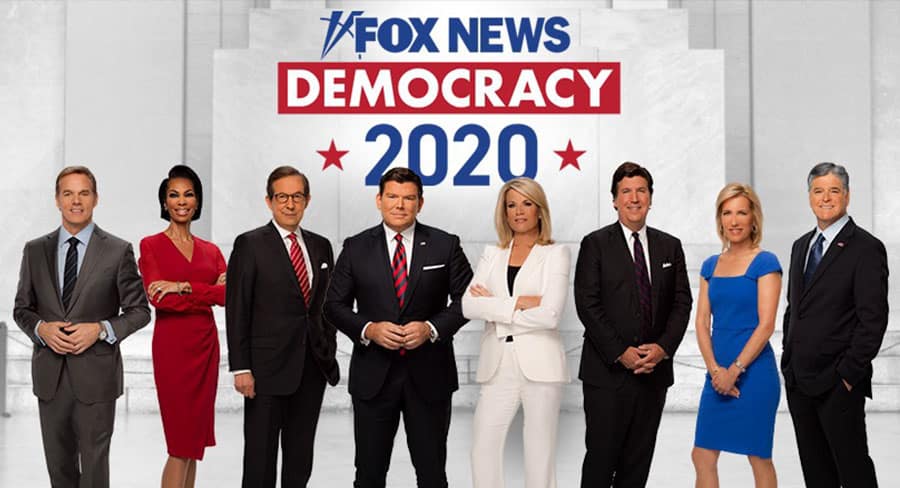 The US producer and distributor of news, sport and entertainment content reported total quarterly revenues of US$3.44 billion, a 25% increase from the $2.75 billion of revenues reported in the prior year quarter, reflecting revenue growth across all operating segments.

Lachlan Murdoch told how about 70% of all staff have been working remotely. He also detailed how FOX News has never had batter ratings and that its audience of younger viewers has been growing. He said the business was looking forward to the NFL releasing its 2020/21 schedule later this week.

The CEO revealed recently that he will not be taking any salary during the COVID-19 pandemic and that 700 senior members of the company would forego, or take reduced, salaries amid the ongoing coronavirus pandemic so that other employees can continue to receive salaries and “FOX comes out of this crisis as an even stronger company” when things get back to normal.

FOX advertising revenues increased 44%, led by the broadcast of Super Bowl LIV at the television segment. Affiliate revenues increased 10%, led by increases at the Television segment due to higher fees from third-party FOX affiliates and higher average rates per subscriber, partially offset by net subscriber declines, at the Company’s owned and operated television stations. The Company also reported a 27% increase in other revenues, led by the operation of the FOX Studios Lot for third parties and the impact of the consolidation of Credible Labs Inc at the Other, Corporate and Eliminations segment.

Quarterly net income decreased to $90 million from the $539 million in the prior year quarter, primarily due to a loss recognized in other, net related to the change in fair value of the company’s former investment in Roku, Inc., as well as higher operating and selling, general and administrative expenses. The increase in selling, general and administrative expenses primarily reflects higher costs related to FOX operating as a standalone public company following the distribution in the prior year quarter.

Quarterly Adjusted EBITDA of $920 million was 20% higher than the prior year quarter, primarily due to higher contributions at the Television and Cable Network Programming segments. Adjusted net income attributable to Fox Corporation stockholders3 was $568 million ($0.93 per share), which was higher than the $471 million ($0.76 per share) adjusted result in the prior year quarter.

“We delivered exceptional operational and financial results in the quarter, highlighted by our successful broadcast of Super Bowl LIV on FOX. While we remain focused on continuing to execute against the strategy that drove this strong performance, we are acutely mindful of the global health crisis and its countless impacts. Our highest priority remains the safety and well-being of our employees and their families. Due to the selfless dedication of many of our colleagues, the strength of FOX has been on display throughout the crisis as we continue to provide news, information, entertainment and assistance to communities around the country. As we eventually emerge, we are confident that FOX’s focused collection of assets – centred on live and event programming – will be even more in-demand by advertisers and audiences alike, positioning us well for the future and enabling us to maximize long-term shareholder value.”

Cable Network Programming reported quarterly segment revenues of $1.47 billion, an increase of $84 million or 6% from the amount reported in the prior year quarter, reflecting increases in affiliate, advertising and other revenues. Affiliate revenues increased $38 million or 4% as contractual price increases, including the impact of distribution agreement renewals, were partially offset by net subscriber declines. Advertising revenues increased $28 million or 10% as stronger ratings and higher digital advertising revenues at FOX News Media were partially offset by the impact of higher preemptions associated with breaking news coverage at FOX News Media and fewer live events at FS1 due to Coronavirus Disease 2019 (“COVID-19”). Other revenues increased $18 million or 13%, primarily due to higher sports sublicensing revenues.

Television reported quarterly segment revenues of $1.93 billion, an increase of $556 million or 41% from the amount reported in the prior year quarter, reflecting increases in advertising, affiliate and other revenues. Advertising revenues increased $454 million or 56%, primarily due to the broadcast of Super Bowl LIV, partially offset by the impact of one less NFL Divisional playoff game compared to the prior year quarter. Also contributing to the increase in advertising revenues were higher cyclical political revenues at FOX Television Stations, partially offset by a decline in the local advertising market as a result of COVID-19. Affiliate revenues increased $101 million or 22% due to increases in fees from third-party FOX affiliates and higher average rates per subscriber, partially offset by net subscriber declines, at the Company’s owned and operated television stations.

Impact of COVID-19 on FOX

The impact of COVID-19 and measures to prevent its spread are affecting the macroeconomic environment, as well as the business of the company, in a number of ways. For example, while the company’s national news ratings remain strong, sporting events for which the company has broadcast rights have been cancelled or postponed, the production of certain entertainment content the company acquires has been suspended and demand in local advertising markets has declined. The magnitude of the impacts will depend on the duration and extent of COVID-19 and the effect of governmental actions, consumer behavior and actions taken by the company’s business partners in response to the pandemic and such governmental actions. The evolving and uncertain nature of this situation makes it challenging for the company to estimate the future performance of its businesses, particularly over the near to medium term, including the supply and demand for its services, its cash flows and its current and future advertising revenue. However, the impact of COVID-19 could have a material adverse effect on the company’s business, financial condition or results of operations over the near to medium term. A significant decline in estimated advertising revenue or the expected popularity of the company’s programming could lead to a downward revision in the fair value of, among other things, the company’s reporting units, indefinite-lived intangible assets and long-lived assets and result in an impairment and a non-cash charge that is material to the company’s reported net earnings.