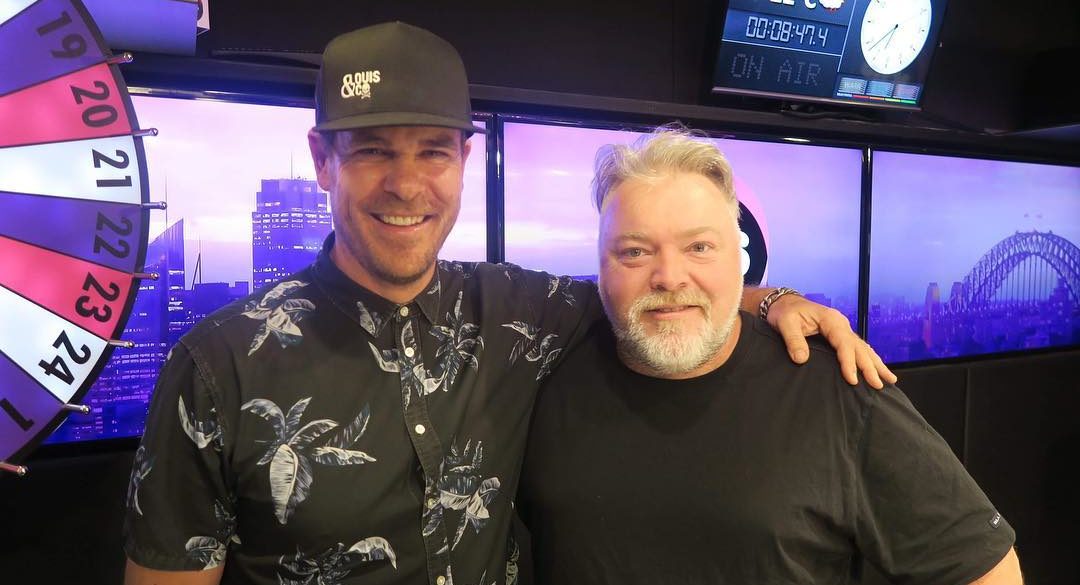 Jackie O slept in this morning with Australia’s highest-paid entertainer apparently losing $1,000 for every second she was late for her program at KIIS 1065. It was an agreement she made with KIIS content boss Derek Bargwanna. By 6.10am she has been docked $600,000.

The executive producer of Sydney’s #1 FM breakfast show, Bruno Bouchet, said because Jackie is rich and famous they ring her at 5am precisely every day to wake her up. That call was made today but then the radio host was MIA with no further contact possible. Just after 6pm another producer updated the audience that she had slept in and was still in bed.

A plan to have Intern Pete co-host was quickly abandoned after Kyle Sandilands was unhappy with the appearance of Australia’s oldest intern in a blonde wig.

Jackie appeared on-air at 6.09am reporting her phone was dead and she had no idea what time it was. Her excuse… her phone did not charge properly. “I’m sorry guys,” she said.

While Jackie made her way to work, Sandilands took calls from listeners who thought they could perhaps replace his co-host. The way Sandilands worked with his listeners was a reminder of why he gets the big dollars.

Jackie then made up for lost time, as she always does, by staying on-air with Kyle until 10am.