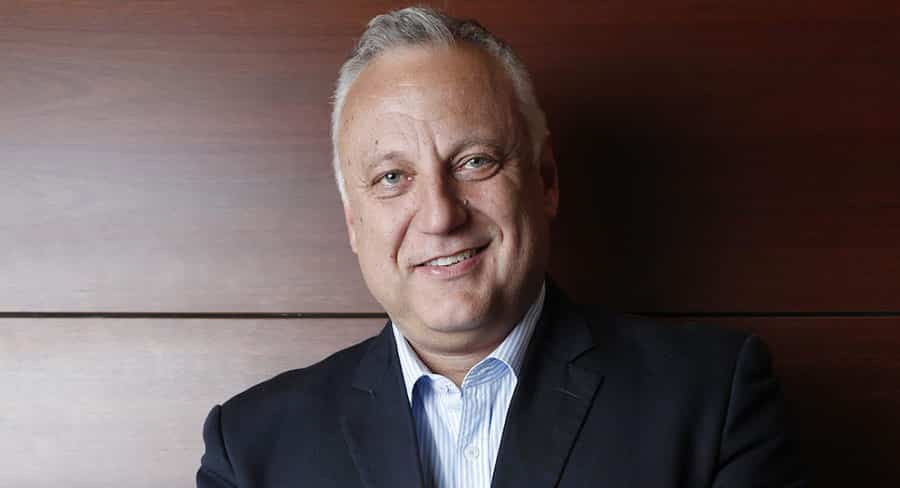 • How much do users love Foxtel’s sports streaming platform?

Ten months since Foxtel revealed a beta version of its sports streaming platform, Kayo Sports has finally provided the first information on Australian sports fans’ engagement with the multi-sport streaming service, highlighted by over 25 million hours of content viewed in the three months to June 2019.

The release of Kayo’s viewer engagement highlights follows a recent update on subscriber growth which stated that, since Kayo’s launch in November 2018, subscriber numbers had grown to 382,000 as of 30 June, of which 331,000 were paying.

Kayo chief executive Julian Ogrin (pictured) told Mediaweek that with as many as 50 different sports available from Fox Sports, ESPN and beIN Sports, there is nothing like Kayo available anywhere else in the world. “The level of engagement we are getting is unprecedented for a sports service.”

If you add the numbers using Kayo to the published OzTAM numbers for Fox Sports via linear TV, the subscription TV audience numbers are significant.

Ogrin stressed that “users” is not the same as viewers, as there could be two or more people watching Kayo, especially if it is watched via the app on the television as opposed to a mobile device.

The Kayo boss said that for some broadcasts the number watching Kayo on the big screen could be as much as 50%. 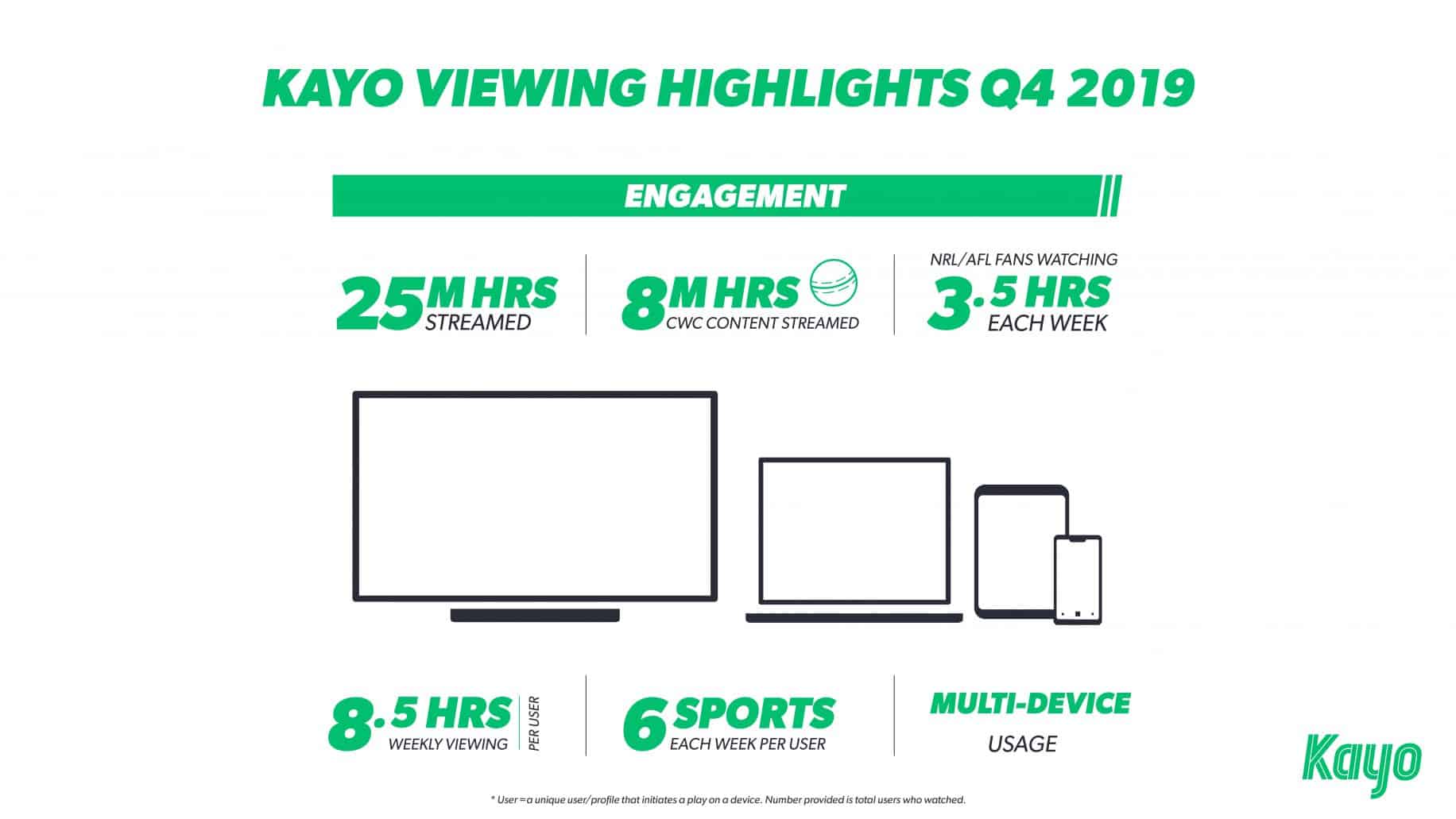 • Time spent on Kayo reached approximately 8.5 hours of weekly user viewing in June driven by the Cricket World Cup with the average customer watching 6 of the 50 different sports available on Kayo each week.

• In addition, the India v Australia match on 9 June was the most streamed sporting event on Kayo with over 21 million minutes of viewing and watched by 214,000 users.

• AFL fans are watching an average of 3.5 hours each week, with some regular season games reaching over 100,000 users including the West Coast v Richmond clash on 18 August watched by 130,000 users. 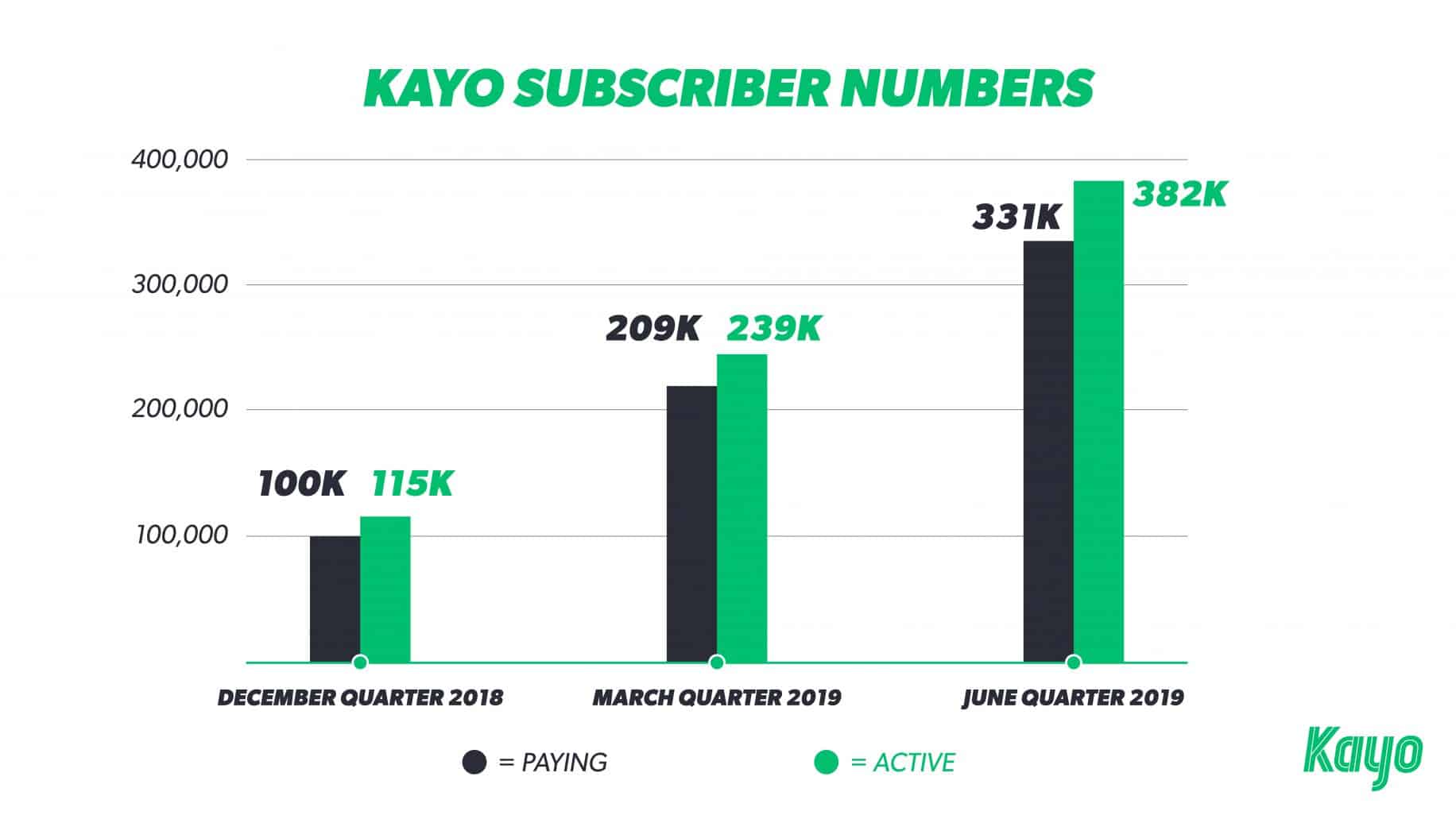 • NRL fans were also watching an average of 3.5 hours each week, with some regular season games reaching nearly 70,000 users.

• In Tennis, Aussies got behind Ash Barty’s maiden Grand Slam victory with 64,000 users watching her take out Roland-Garros. 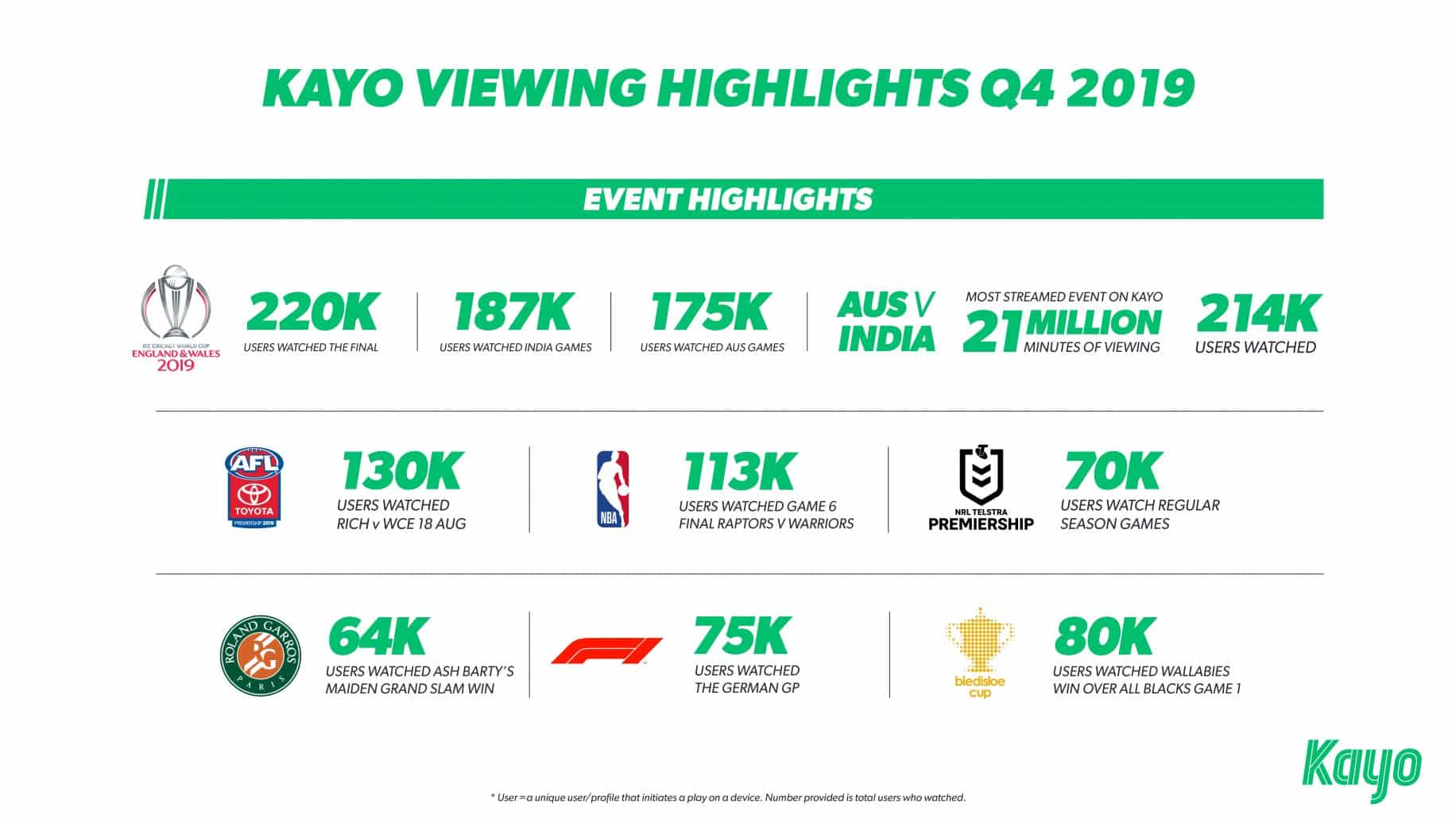 One of the big attractions for users are the Kayo minis which package highlights of a match into 10 minutes. Ogrin said as many as 50,000 users have watched a single Kayo Mini. Also a hit with subscribers is the ability to watch a match from the start or join it live if they log in during the course of the event.

With the finals seasons of AFL and NRL running through September, Ogrin said there is plenty of sport coming to keep Kayo subscribers happy.

“We have the Rugby World Cup starting soon and then just a week after that we get into our exclusive cricket season. We are confident the cricket audience will build this year after the success our World Cup coverage.”

While there are just under 400,000 current subscribers, Ogrin noted the customer base is significantly bigger than that with some subscribers coming in and out of Kayo depending on the sports they want to watch.

The Kayo audiences are not just watching content from the Fox Sports channels. ESPN offers many major sports from the current US Open to the forthcoming NFL and NBA seasons. Ogrin noted that one NBA finals match from last season featuring the Warriors and the Raptors had 138,000 users.

He also noted the start of the European football season as covered by beIN Sports is also a big drawcard.

Kayo has plenty of capacity for more users, said Ogrin. “On one weekend we had 400 live games, there is no streaming service anywhere in the world that can do that.”

Kayo and Foxtel will be working with MCN to blend the streaming platform audience with the TV audience currently measured by OzTAM, to give advertisers are more accurate picture to the growing audiences watching their ads.

“For example, the Richmond v West Coast AFL match on 18 August reached an audience of 628,000 across Fox Sports, Foxtel Now and Go, making it the third most watched Sunday game on Foxtel this season. When you add Kayo’s 130,000 unique users, the Foxtel group is reaching a very large and diverse audience,” said Ogrin.