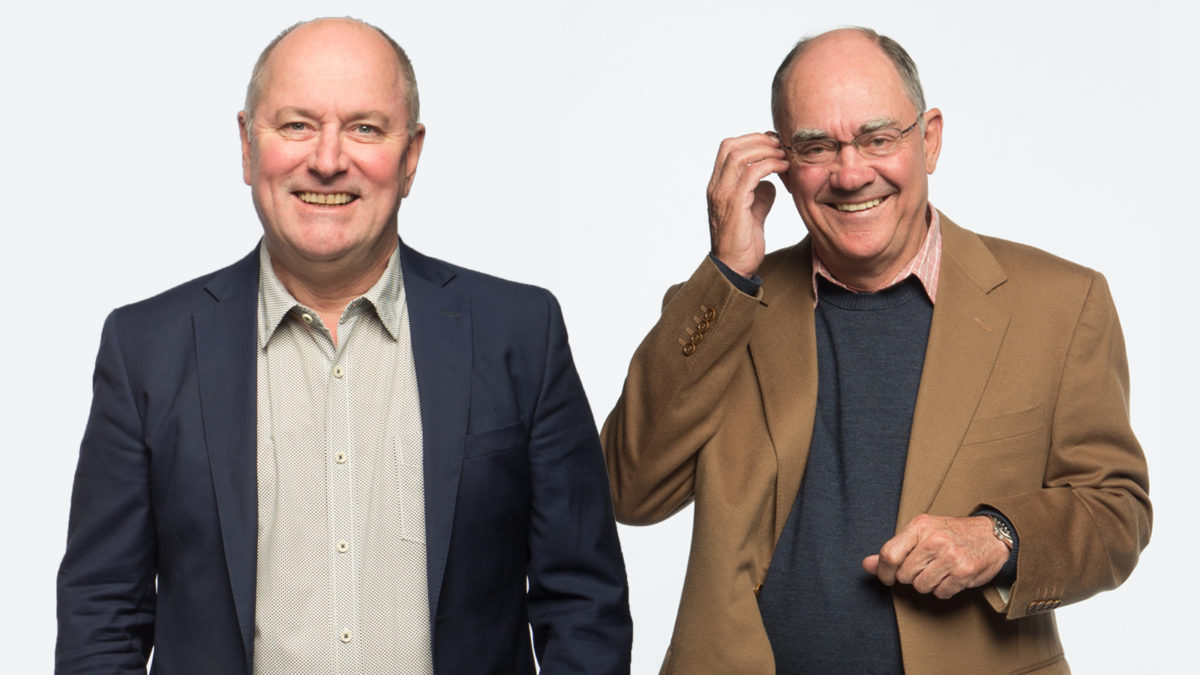 The job title of executive producer is non-existent at Macquarie Media’s 3AW.

In the seventh GfK radio ratings for 2016, the Ross Stevenson and John Burns show won its 120th consecutive survey.

The breakfast show is heard by one in five Melburnians, Stevenson claimed.

“We are pretty lucky in that we have a format that promises people a ride to work that will make them laugh, keep them informed and tell them what is happening right now.”

Explaining this concept, Kate Stevenson (no relation to Ross) told Mediaweek: “We get on Twitter because we want to bag someone or complain about someone or say something hilarious. That is what talkback radio has always done. People still do it now. The advantage it has is that you can still do other things while listening to the radio. You can’t tweet or go on Twitter while you are driving. If you are doing the ironing or something at home, you are not going to sit there with a phone in your hand. But you can listen to the radio while doing all those things.” 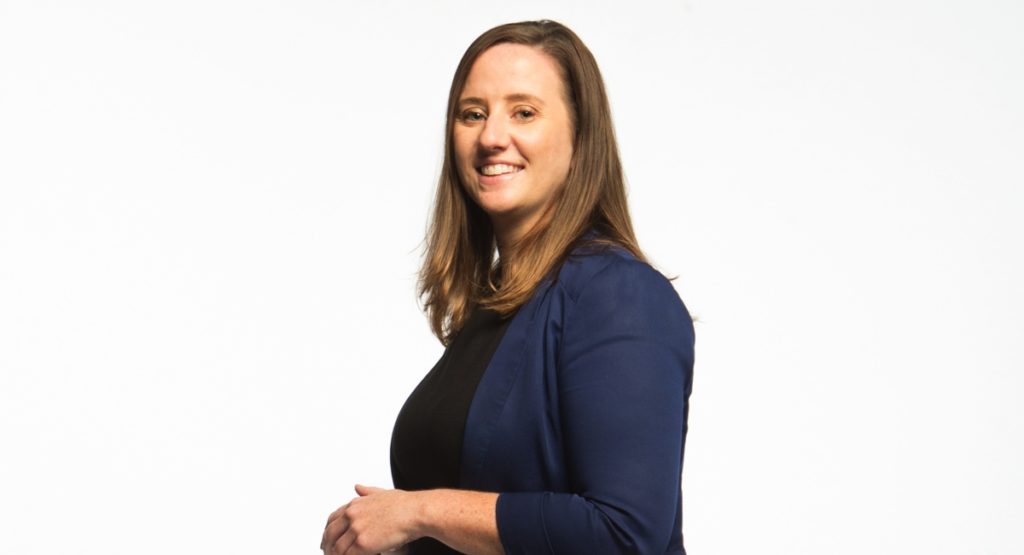 The Ross and John show starts at 5.30am, which is earlier than most breakfast shows around Australia go to air.

“Unlike a lot of the other breakfast radio shows on the other stations, we don’t organise a lot for Ross and John, if anything,” admits Stevenson. “On a typical day, we wouldn’t have any interviews lined up.”

The first team meeting to go through the ideas for the program doesn’t happen until 6am.

“The boys have been on air for half an hour by this point,” Stevenson said. “They get in there and go on air. They haven’t spoken to each other before they do it.

“During the six o’clock news we sit down for the seven-minute bulletin and start talking about what stories we have liked and why, and write down what we think is the most ridiculous story of the day. That can often be a fuel to a conversation. From there, that’s when we producers start chasing content.”

Much of the day’s show takes shape on the run. This construction makes it a collaborative process. Stevenson, the presenters and the show’s other producers take notes on things that have caught their attention through the day. The team has set up a WhatsApp group to share anything they find amusing.

Stevenson gave an example. “I was in the city on the weekend and noticed a spray-painted proposal on a Melbourne laneway wall. I said, ‘Who on earth is Cam [the artist] and did they say yes?’ That was something we ran with and ended with a interview on Monday morning. We found the fiancée.”

The team tracked down Cam thanks to their large following on social media. 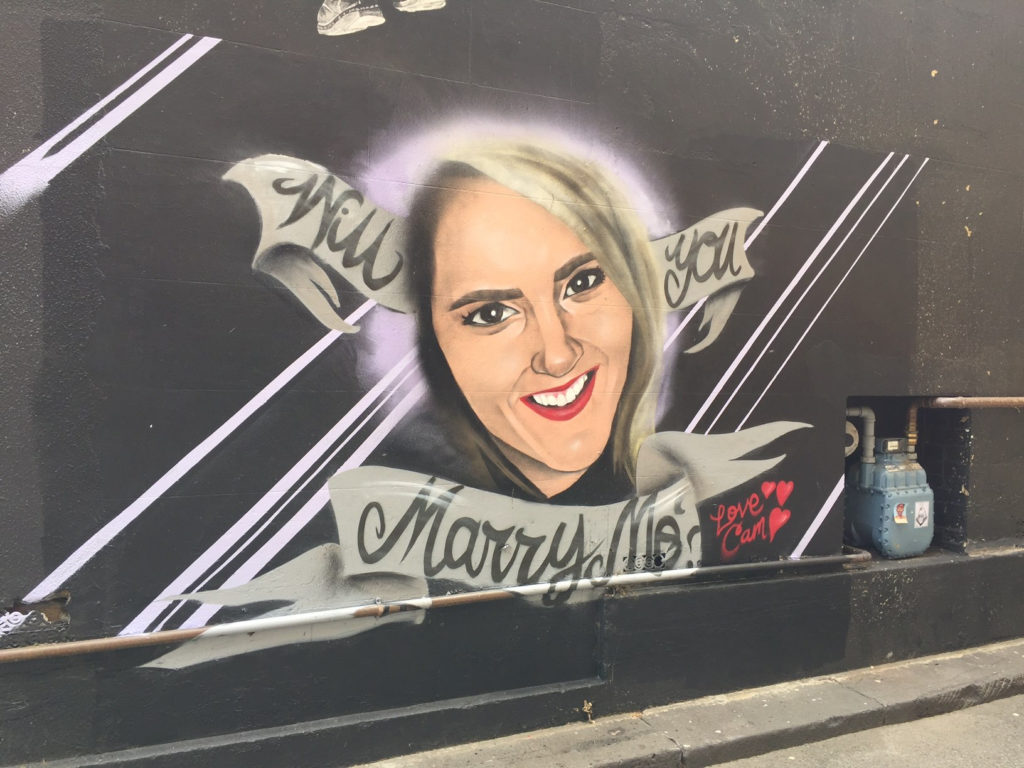 Asked if she would ever want to prepare the next morning’s show the day before the way many breakfast EPs do, Stevenson said she wouldn’t have it any other way. It boils down to the immediate nature of radio.

She explained: “At the end of the day, one of the biggest remits for our brekky program is that we will tell our listeners whatever is happening in Melbourne or around the world, right now. So if we went and organised a heap of interviews in advance yesterday, that wouldn’t be really current.

“We live in a 24-hour news cycle. More than ever it is important for us to know what is happening right now. You’ve got newspapers coming out in the morning with stories that might have broken yesterday.”

Out of the three hours that the show is on air, listening peaks after 7am for the Rumour File segment. “We get a lot of news tips for that segment that we will then be chasing concurrently,” Stevenson said.

“It’s the most-listened-to five minutes of radio in Melbourne. Most newsrooms in Melbourne have someone permanently dedicated to listening to the Rumour File every morning.”

The Rumour File is Ross Stevenson’s brainchild. It stems from the idea that there are people walking around every day who have the most amazing titbits of information that could be a news story if the right people knew them.

Stevenson explained: “Some of the things that have come out of the Rumour File this year are sometimes months ahead. Back in March or May, we were told and we put to air that Apple was going to build a store at Fed Square. This was announced last week.”

Ross and John dislike the camera

For those wondering why Ross and John’s backs and feet are featured in their promotion material, Stevenson revealed they dislike their photo being taken – this makes the photo of the duo included in this story a rare occurrence!

“They are notorious for not wanting their faces out everywhere. These guys ran a billboard campaign a few years ago and the marketing team said, ‘You are going to have to do it. You need to get your photos taken. We need the billboards. We don’t do it often, but we need to do it. We need to remind people that we are #1 and why we are here.’ Then Ross turned up and said, ‘I have an idea. I don’t want my face on a billboard. Get our feet.’

“Literally, Ross was sitting there in his jeans and thongs and Burnso was in his chinos and a pair of boat shoes. The photographer got a picture of their feet and that was on the billboard.

“It kind of made sense, because our listeners don’t know what Ross or John look like. They just listen to them every day. Even their footwear said a lot about their personalities.”

Another well-known shot of the duo is their backs facing the camera, with a Post-it note on the back with their names scribbled on them.

“Ross is like, I don’t need to be on the billboard. I am on the radio.”