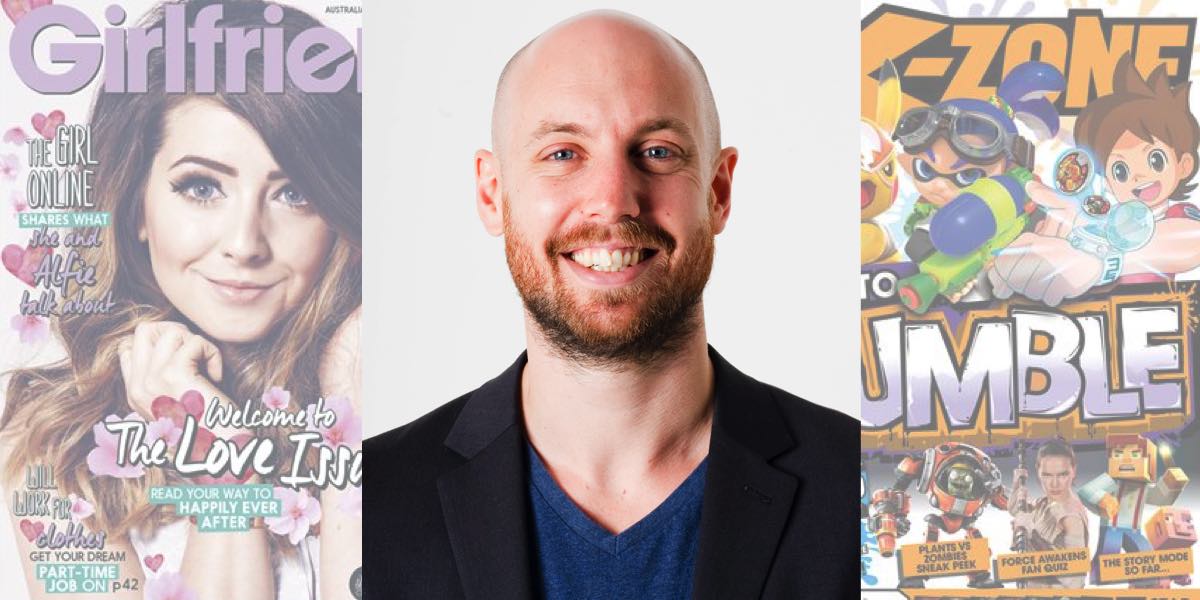 Findlay steps into this role with 11 years of publishing experience, five of those as the editor of K-Zone. During his tenure, he has led K-Zone through the transition from solely a print magazine to an integrated content brand and initiated new content channels such as K-Zone TV. Findlay has also been instrumental in identifying and locking in key partnership opportunities with major local and international brands which has increased brand awareness, offering and footprint in the key audience demographic.

Davis joins Pacific Magazines from Supré’s custom publication, Gurl, where she was editor.  Prior to this, Davis worked in print and digital for well-known brands including Harper’s BAZAAR, Cosmopolitan and Grazia.

Helen Morassut, publisher of Youth Division, commented: “Daniel has achieved many successes during his time at Pacific Magazines. I’m delighted Girlfriend and Total Girl will now benefit from his expertise and vision as they continue to grow during an exciting time for cross platform content.

“Tamara will bring a fresh, new direction to Girlfriend and Total Girl and we are thrilled to welcome her talents to Pacific Magazines.”

Davis will start her new role on 14 March and Findlay will take over as editor-in-chief on 29 March.