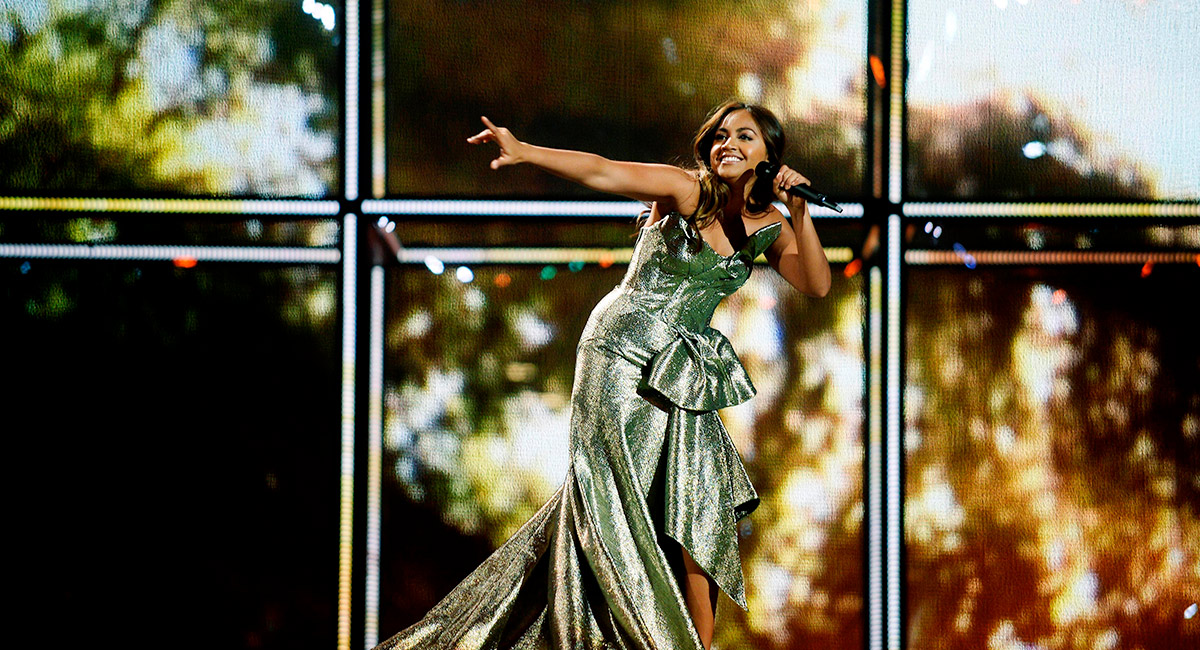 ‘I’m so proud to be officially representing my country’

SBS has announced Jessica Mauboy is returning to Eurovision as Australia’s contestant at the 2018 song contest, to be held in Lisbon, Portugal and broadcast exclusively on SBS May 9-13, 2018.

In 2014, Mauboy made history when she was invited to perform as an interval act at the Eurovision Song Contest in Copenhagen, Denmark, being the first non-European solo artist to do so.

This time, she’s competing for Australia and a shot at Eurovision glory.

“Eurovision is a wonderfully joyous and unique event. It brings together over 40 diverse countries and cultures under one roof to unite us all in music. It shows how much the power of song can transcend differences.  I will sing my heart out for Australia, I’m so proud to be officially representing my country and a little bit nervous – mainly about the stress of the dress!”

“Jessica Mauboy’s performance at ESC Copenhagen 2014 opened the door for Australia to compete at Eurovision – before the great moments of Guy, Dami and Isaiah there was Jess, who touched the hearts of the Eurovision directors and proved just how talented our vocalists are. Since then we have always wanted to give Jessica a shot at the competition, and this year the stars aligned. We can’t wait to develop a great song and stage production with Jessica and her team, and recreate her Eurovision-style as a galactic soul diva.”

Eurovision will be broadcast on SBS in May 2018, with Myf Warhurst and Joel Creasey returning after their debut as hosts and commentators at the 2017 contest.

Top photo: Mauboy performing on the Eurovision stage in 2014