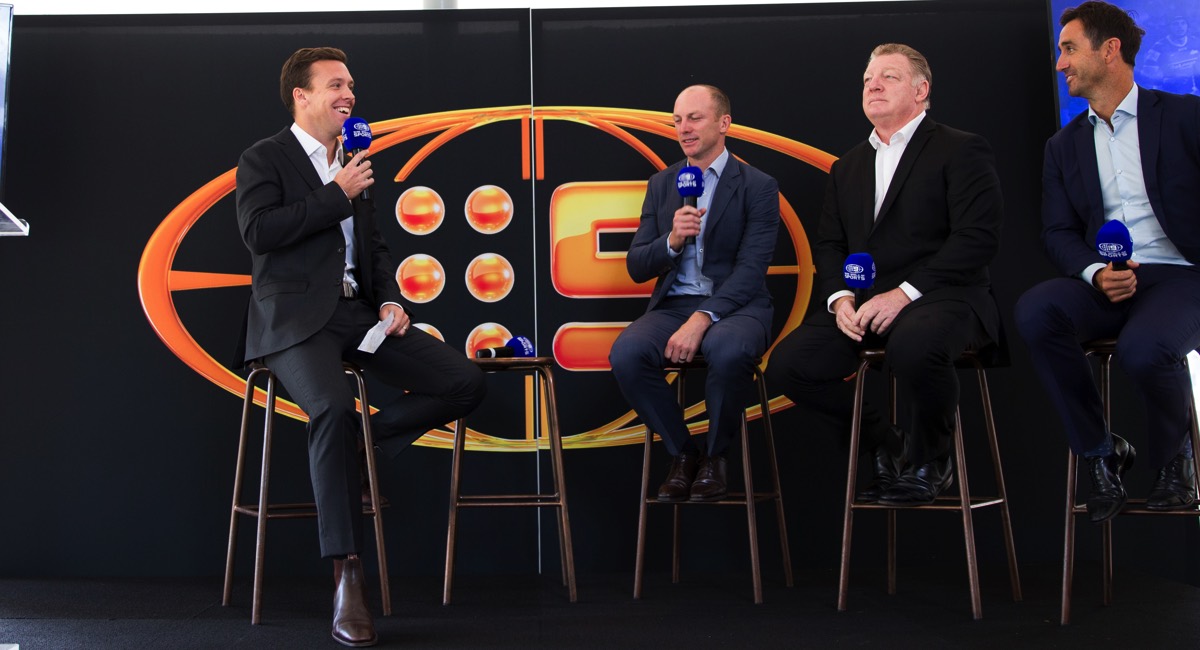 After spending over a decade at Sky News, James Bracey decided it was the right time to explore a new opportunity. However, even he didn’t know he’d end up working for Nine’s Wide World of Sports when he resigned from Sky in late 2016. Bracey and his wife, who is a teacher, had quit their jobs to go travelling.

“There was a weird series of events in late November/December,” Bracey told Mediaweek, recalling what had happened. “I handed in my resignation. I was heading off on an indefinite trip around Australia and the world with my wife.

“Two weeks after I resigned from Sky News, I got a call from Tom Malone, the head of sport at Channel 9, and he said, ‘What’re you up to next year?’ I said, ‘Well, actually I am going travelling with my wife.’

“It was like one of those jobs you can’t do now, but can’t say no to. The holiday’s been put on hold for now.”

However, it wasn’t all just work. Bracey did get some time off to make a quick trip to New Zealand. The job at Nine, he said, is like a dream: “Having watched rugby league on Nine for so long, I think it’s very cool to now actually be part of the coverage and be in there with the greats of the game.” 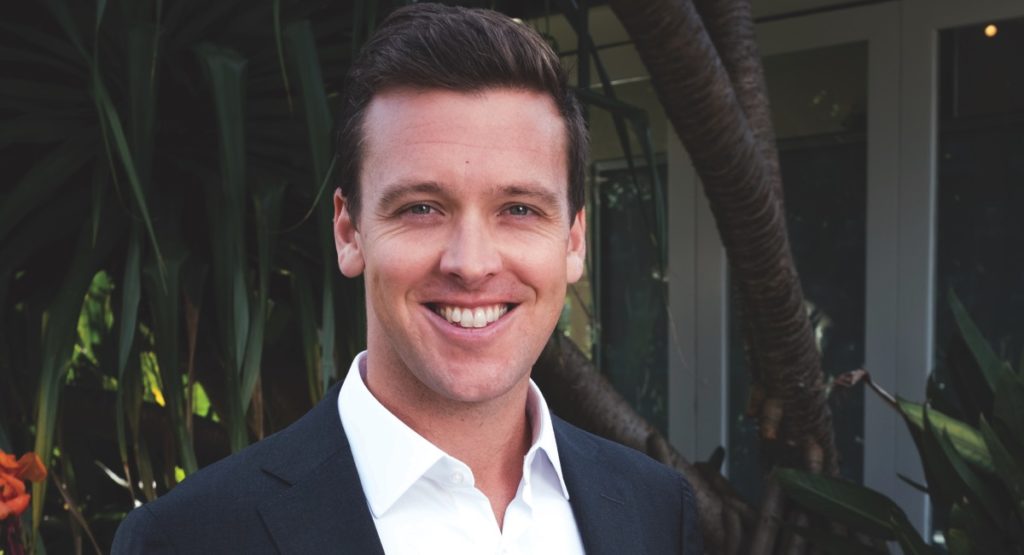 Nine’s approach to sports coverage is very different from Sky News’, Bracey said. This is largely due to the difference between the two roles. At Sky News, Bracey covered sports from a news angle. Meanwhile, as the host of Nine’s NRL coverage, Bracey will be on the ground during the matches and updating the viewers live on what is happening. On his Sunday show, however, he will return to the panel format like the one called Sports Tonight with James Bracey that he’d hosted on Sky News.

Talking about the difference in approach between sports coverage at subscription news channel Sky News and free-to-air broadcaster Nine, he said: “I spent more than a decade in the newsroom. It’s a breaking news environment. You are working from lunchtime to 10pm, when the show starts, so it’s a long haul and a lot of things change in that time. With this job, you are at the ground, it’s a packed stadium and the adrenaline is pumping. It’s lights, cameras, action!”

Bracey first played host of Nine’s NRL coverage in February with the 2017 Harvey Norman Rugby League All Stars game in Newcastle. “It was surreal being there. It was 42 degrees when I arrived there, so if I wasn’t sweating nervously, I was sweating from the heat.

“There were a lot of pinch-yourself moments.”

In preparation for this year’s NRL competition, Nine and Fox Sports have been working on their coverage of the game. Fox Sports has gone as far as launching a dedicated channel for the competition called Fox League.

As previously reported by Mediaweek, Fox League will have nine magazine shows plus four pre- and post-game shows. Meanwhile, The NRL Footy Show will return to Nine on March 2, the night the 2017 premiership season kicks off. Nine will also have pre- and post-game panel discussions, plus The Sunday Footy Show, hosted by James Bracey, and the Sports Sunday program, which will be presented by Emma Freedman. 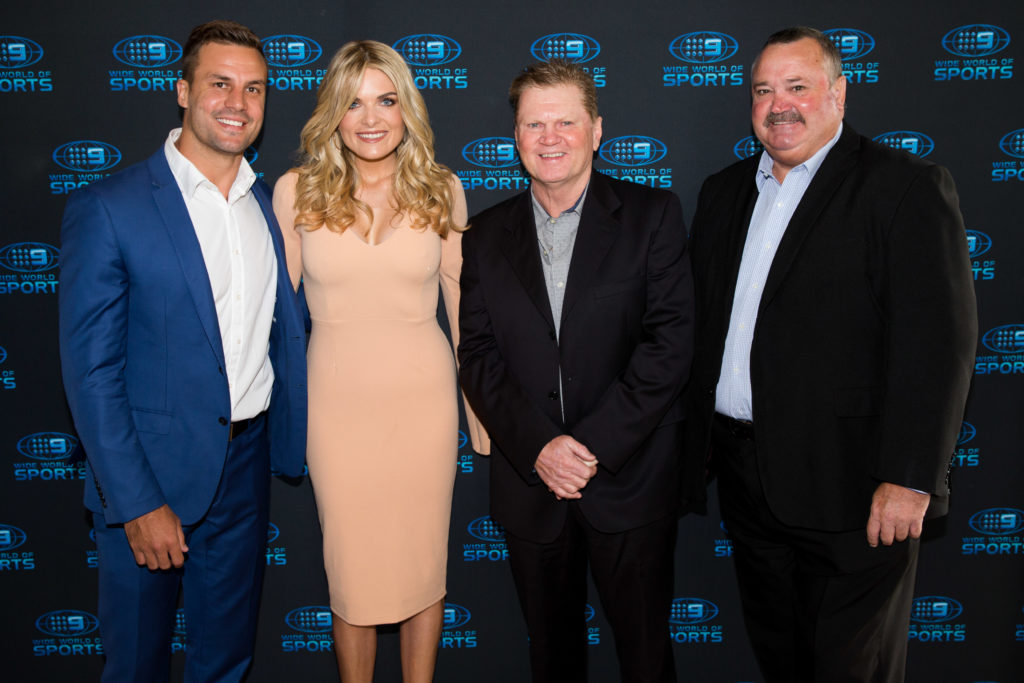 Is there a surfeit of NRL programming on offer?

Bracey answered: “It can only be a good thing, having as much Rugby League coverage out there as possible.”

The $1.8 billion deal between Nine, Fox Sports and NRL comes into effect in 2018. The Monday game will now be moved to Fridays, so in most rounds there will be two games played on Friday nights instead of one.

Fox League will broadcast all games live. Meanwhile, Nine will show the Thursday night, the second Friday night and a Sunday game live. From round 21 to 26, the free-to-air channel will broadcast the Saturday night games as well.

“This year is going to be a year of theatre in footy.”

Rebecca Wilson: A “massive loss” to the industry

“Jimmy and Bec, when they came on together, they brought the brother and sister rivalry. It was good entertainment. You couldn’t look away. They just loved to bicker. One of them would pick one side and the other would pick the other and they’d argue,” Bracey said. “It was a pretty easy hour for me when I was hosting the show with those two on.

“You don’t need a host there when you have those two there. Dare I say, if Bec was still with us, there would be some sort of Wilsons show popping up on Sky News with the two of them,” Bracey said, laughing. “It was compelling television.”

Rebecca Wilson’s attitude towards her life and career taught Bracey many things. The legacy left behind by Wilson to Bracey is, “If you have a goal you have to chase it.”