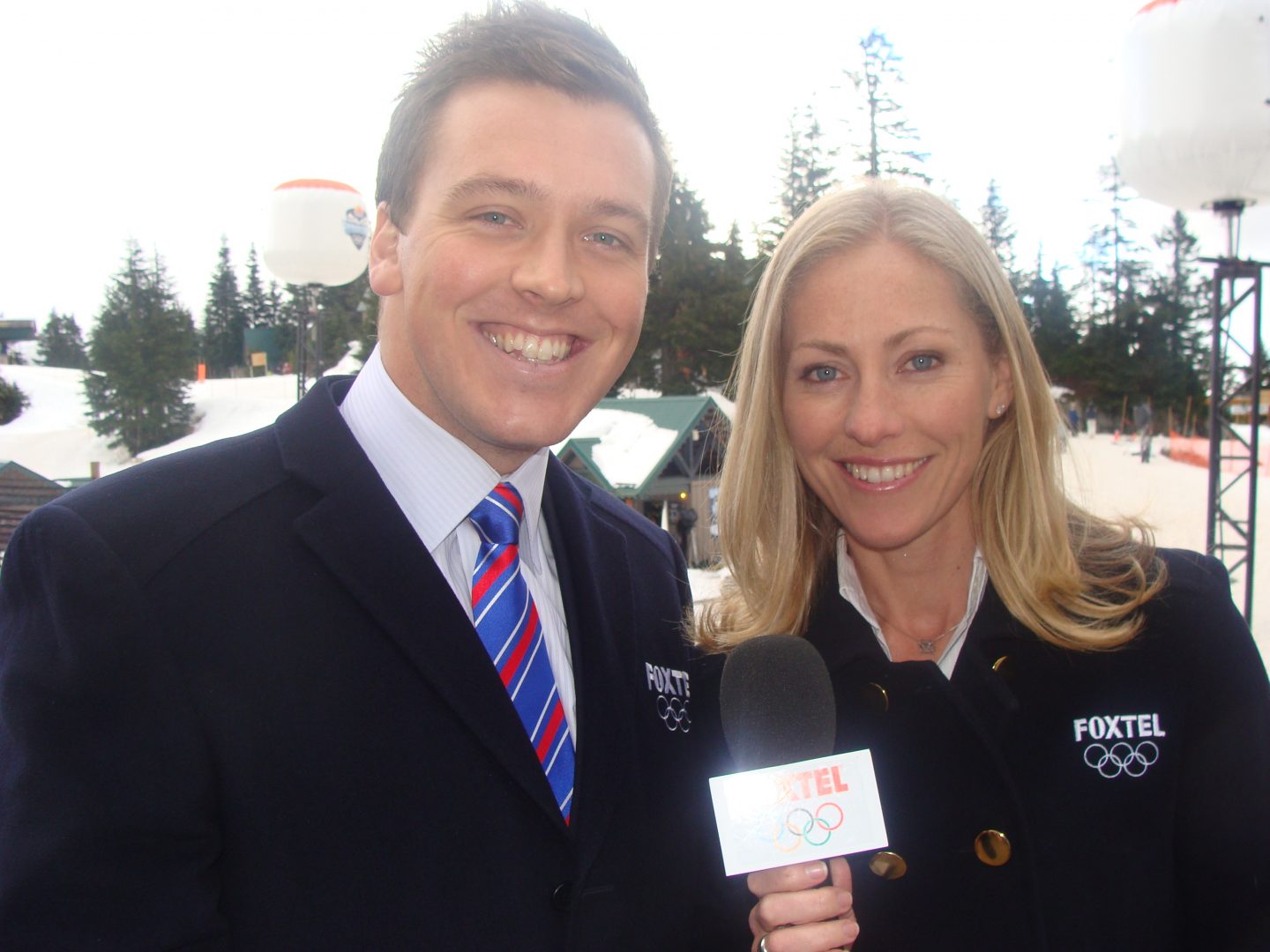 Just three days after ending his close to 13-year relationship with Sky News, sports presenter James Bracey has been welcomed into the Nine Network family.
The host of SportsNight on Sky News for the past four years was not revealing his plans when he left Sky News last week, instead he focused on paying tribute to friends and colleagues who had helped build his career as a sports presenter.
However Nine will put Bracey to work next month as the host of NRL games on Thursday, Friday and Sunday nights as well as hosting The Sunday Footy Show.
The move to hire Bracey comes just days after Fox Sports had revealed it had hired Nine NRL presenter Yvonne Sampson to help launch the new subscription TV dedicated NRL channel – Fox NRL which will be launched in February 2017. Nine’s Wide World of Sports website broke the news about the impending arrival of Bracey on the weekend:
James Bracey joins Channel Nine
James Bracey has an impeccable sports pedigree but it’s his love of the North Sydney Bears that he believes will stand him in good stead to handle the highly coveted position of host of Channel Nine’s NRL broadcasts.
“It probably makes me a better host because I’m not cheering. I’m probably just observing and then commenting so I’m as impartial as you possibly could be,’’ Bracey said.
“I’m confident that I can jump in there and make the most of it and really get the best out of those big names that Wide World of Sports have got sitting next to me.
“If you asked me if there was a job I wanted to go into, I wouldn’t have even thought this one was a chance so it’s the whole cliché of a dream come true.
“To go from a kid sitting on the hill watching his Bears, to actually being at the ground, being a part of the coverage and adding to the spectacle doesn’t get any better.”

Nine’s director of sport Tom Malone said Bracey, who will host games on Thursday, Friday and Sunday nights as well as The Sunday Footy Show, was an asset for the network.
“I’m delighted James is joining the Wide World of Sports family and the home of rugby league to host our NRL coverage in 2017,’’ Malone said.
“Growing up on the Central Coast, he’s a mad rugby league fan and tragic North Sydney Bears supporter.
“He’s already crammed so much into his career covering Olympic and Commonwealth games and hosting his own nightly sports panel show.
“He will bring a great professionalism and enthusiasm to our broadcast and digital coverage.’’

Bracey joins Nine after spending the last 13 years at Sky News where he covered three Summer Olympics (Beijing 2008, London 2012, Rio 2016), two Winter Olympics (Vancouver 2010, Sochi 2014), the 2010 Delhi Commonwealth Games and the 2011 Rugby World Cup.
He has also hosted his own nightly sports program for the past four years, won the 2008 Swimming Australia Media award for his coverage at the Beijing Olympics, and the 2013 Logie award for Most Outstanding Sports Coverage at the London Olympics.
He said he was looking forward to working alongside some of the former superstars of the game and sharpest rugby league brains in the business in Phil Gould, Peter Sterling, Andrew Johns, Brad Fittler, Wally Lewis and Darren Lockyer.

“You look at the names on that list and it’s intimidating but it’s also exciting too,” Bracey said.
“To be able to sit on the same set as Joey, Freddy, Gus, Locky, Wally and Sterlo is pretty crazy for me.
“But that’s why it’s the number one gig. There is no better gig than this hosting the NRL coverage for Nine and Wide World of Sports.”
Bracey will start at Nine in January.

Photos: A publicity photo of James Bracey at Sky News from 2009. Bracey with colleague Tiffany Cherry at the Vancouver Winter Olympics for Foxtel in 2010