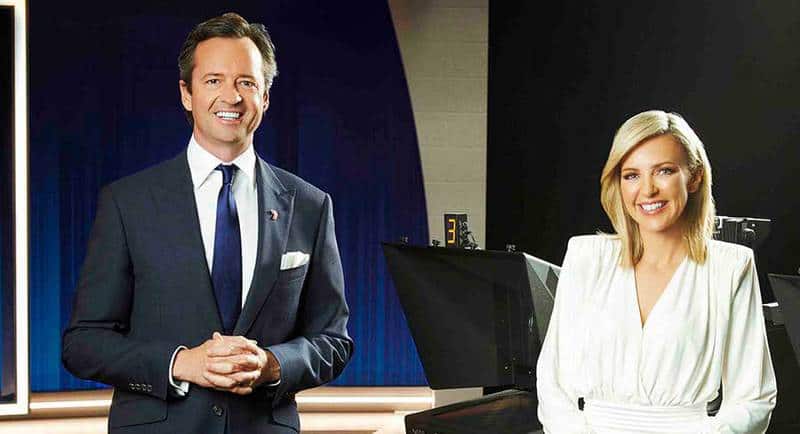 In a year when the Brownlow count will be held as a made-for-TV event, Felgate and McLachlan will co-host a special broadcast on the eve of Grand Final week, with Brisbane Lions midfielder Lachie Neale the favourite to be crowned 2020’s fairest and best player ahead of a star-studded field that includes Travis Boak, Christian Petracca, Jack Steele and past winners Dustin Martin and Patrick Dangerfield.

Front Bar stars Mick Molloy, Sam Pang and Andy Maher, will also join Seven’s broadcast to add their unique take on the night’s proceedings, while one of this year’s Brownlow favourites will be put under the spotlight in an interview with a hard-hitting team of NAB AFL Auskickers.

The AFL Mark of the Year, AFL Goal of the Year and Jim Stynes Community Leadership Award will also be announced during Seven’s broadcast.

McLachlan, who will host his second Brownlow count this year, is excited by 2020’s different format:

“It will be a different Brownlow count this year, not having a room filled with the players, but the significance of the night remains just the same. To be crowned the game’s fairest and best is life changing, so we will try very hard to ensure that prestige remains amongst all the changes we face. Lachie Neale and Trav Boak look to be the two for me, but this year has shown whatever you think, counts for very little. I’m really looking forward to working with Jacqui. Jac loves her footy, is a great live performer and will do a terrific job bringing to life the players’ stories.”

Felgate says it will be a privilege to be part of football’s most iconic night as the first ever female co-host:

“It’s been an incredibly tough year for so many, but Brownlow night will give Australians the chance to celebrate the very best in footy, both on and off the field. It’s an honour to stand alongside one of the finest broadcasters in the country in Hamish McLachlan, and to look back at the remarkable moments that gave us so much joy – when we needed it the most. It will be a Brownlow with a difference, but it will be something very special indeed. And I promise to keep everyone on time, there will be no excuses this year!”

“This year’s count will be a Brownlow like no other. A lot could go wrong, there’s no mistaking that. We’ll be relying on a lot of technology and plenty of moving parts coming together on the night. But the broadcast will be in safe hands with Hamish and Jacqui, with a little help from The Front Bar team. And we can always rely on two things on Brownlow night – the gripping drama that just builds and builds during the count, and the prestige that’s instantly bestowed on the player who joins a who’s who of football’s greatest names on the Brownlow honour roll.”