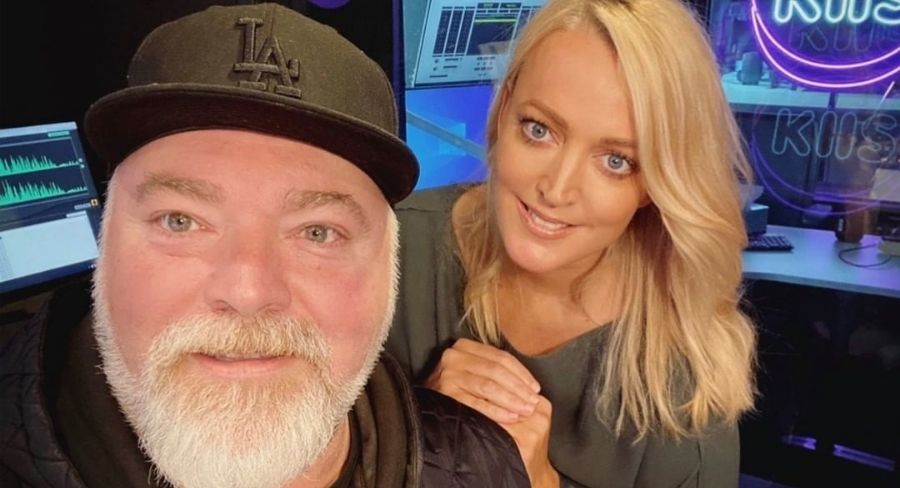 • How The ACMA dealt with 180 complaints after comments about religion

It took a while, but an Australian Communications and Media Authority (ACMA) investigation has found ARN Sydney radio station KIIS 1065 in breach of rules relating to generally accepted standards of decency due to comments made by Kyle Sandilands about the Virgin Mary and Christian beliefs.

The investigation found KIIS 1065 was not in breach of rules relating to inciting hatred and severe ridicule because of religion.

Despite a perception held by some that the radio station is a repeat offender when it comes to “decency standards”, this is not the case. In part because for many years now The Kyle and Jackie O Show employs its own dedicated in-house censor who sits in on every program with a finger nervously hovering over a dump button. At some point many mornings there is a bleep “protecting” the audience from possible exposure to bad language.

The ACMA investigated an episode of Kyle & Jackie O that aired on 18 September 2019 after receiving 180 complaints alleging that the segment was offensive and incited hatred and ridicule of Christians.

The ACMA investigation made under the Commercial Radio Code of Practice found the broadcast contained offensive statements to listeners of faith and the wider community.

This statement came from ACMA this morning:

“Australians are generally tolerant of irreverent humour and critical discussion about religion. But they would not expect a host of a broadcast program to derisively criticise people’s intelligence because of their religious beliefs,” said ACMA chair Nerida O’Loughlin.

“Mr Sandilands overstepped the mark in terms of the generally accepted standards of decency in this case.”

The investigation found that the high threshold for a breach of rules relating to inciting hatred and severe ridicule because of religion was not reached.

“While the comments were offensive, they lacked the necessary element of likely incitement, in all the circumstances, of hatred, serious contempt or severe ridicule in the audience, which is the test in the rules,” O’Loughlin said.

The ACMA notes the extensive actions taken by the licensee and Sandilands at the time of the broadcast, including on-air apologies, issuing a licensee statement, removal of material from its website and reaching out to religious leaders in the community.

In response to the ACMA’s findings, KIIS 1065 has also counselled Sandilands and will ensure its staff legal compliance training will reference the broadcast and breach findings.

The ACMA considers these actions as sufficient remediation by the licensee in this case particularly given it has not had any breaches of the decency provision, across any of its programs, in the past 10 years.

The organisation looks into complaints and problems and take action when rules governing broadcasting standards aren’t being followed.

The following details of the investigating into the broadcast have been released.

In November 2019, the Australian Communications and Media Authority (the ACMA) commenced an investigation under the Broadcasting Services Act 1992 (the BSA) into a segment of Kyle & Jackie O, which included a discussion of the Christian belief in miracles, including the Virgin Birth of Jesus.

The program was broadcast on KIIS 1065 by Commonwealth Broadcasting Corporation Pty Ltd on 18 September 2019 between 6 am and 10 am.

Following the broadcast, 180 people contacted the ACMA to complain. Complainants alleged variously that, the segment was offensive, referred to the Virgin Mary in derogatory terms, and/or incited hatred and ridicule of Christians.

The ACMA finds that the licensee did not breach 2.1.4 of the Code.
The licensee submitted to the ACMA:

… Mr Sandilands is known for his strong views, which may be exaggerated for entertainment purposes. His comments in relation to the Virgin Mary were not an incitement to listeners, but were an expression of his opinion. They were not made in an aggressive manner, or said to provoke others to share his views or to incite a derogation of people of Christian, Catholic or Muslim belief or other religious belief. The words were not addressed to the public at large and in no respect encouraged the public at large to adopt any perspective, or to take any action. They were merely a statement of his opinion – stridently expressed (in his usual style) but not in any way an incitement of hatred toward, revulsion of, serious contempt for, or severe ridicule of persons on the ground of religious conviction within the meaning of clause 2.1.4 of the Code.

Material not suitable for broadcast

2.2. Program content must not offend generally accepted standards of decency (for example, through the use of unjustified language), having regard to the demographic characteristics of the audience of the relevant Program.

The ACMA finds that the licensee breached 2.2 of the Code.
The complainant submitted to the ACMA that Mr Sandilands had:

…called Mary mother of Christ a lying whore and Christians who believe otherwise dumb as dog shit. This is clearly a breach of the [radio code] for broadcasters. It is highly offensive to me and belittling to Christians in general.

It is not ok to] make fun, mock and ridicule people for having religious beliefs. You may question them. You may [not] believe but it is not ok to call Christians dumb as dog shit for [their] beliefs as Kyle Sandilands did on his morning breakfast show.

The licensee submitted to the complainant:

… ARN takes full responsibility for the Comments made and took a number of immediate steps to address them, including to promptly remove the Comments and any related material from its social media accounts and to immediately issue a statement from Mr Sandilands which stated: “I’m sorry if I offended anyone with my comments. Everyone is entitled to their own religious beliefs and I’m fully supportive of that right.” ARN also issued an apology in the following terms: “ARN recognises that the content was not appropriate for distribution and it was removed immediately. We unreservedly apologise for any offence that may have been caused”.

The ACMA said it was not persuaded by the licensee’s assertion that the audience of the program was not offended by the broadcast, which is contradicted by subsequent statements by the licensee to listeners of the show through Mr Sandilands’ apology.

The transcript of the on-air apology submitted by the licensee included multiple acknowledgements of the effect of the broadcast on ‘loyal listeners’ and ‘fans of the show’:

KS: … you think when, not only friends, that people that I have never heard of, and people I don’t know, fans of the show, as I said, devastated in the what I said. And then I get upset at the fact that I’ve really caused a lot of grief to a lot of people and what they believe, and that’s never what I meant to do.

JO: No, I know what you’re saying, Kyle. Cause I had our loyal listeners reach out to us over the holidays, and I was reading some of their messages, and I really felt so terrible that we had hurt them so much, and they were our loyal listeners. And I’d seen previous messages they’d sent me in the past over a year, where they’re fanatical about the show and they’ve been so hurt.

How media coverage of the comments drove complaints

The ACMA reports on steps taken by ARN

While we recognise that the Licensee cannot take back the comments made or expunge the offence suffered by the complainants, the matter has been treated extremely seriously and has been the subject of careful evaluation.

As noted earlier, a sincere on-air apology was provided on 30 September 2019 by Mr Sandilands. The apology was both replayed at 8.40 am and republished to the Licensee’s online platforms to ensure that it was distributed to a wide audience. On the day that Mr Sandilands’ apology was made on air, ARN received a joint statement from prominent Christian and Muslim leaders accepting the apology and to “extend a hand of friendship to Kyle Sandilands for the way he addressed the issue this morning and for his sincere apology”.

Each and every complaint filed with the Licensee was provided with a substantive response despite a number being ineligible Code complaints […]. In doing so, ARN sought to apologise directly to each and every individual that claimed to be affected by the broadcast or its later republication.

A number of further steps have been taken to ensure that the matter has been comprehensively reviewed and that all staff involved in the Program continue to observe their obligations under the Code. The matter has been discussed with Mr Sandilands himself. All Program production staff have been addressed by senior management in relation to the matter, and appropriate censorship and approval processes have been reviewed and reinforced.

While we do not consider the Segment to be a contravention of the Code, we certainly do not wish to broadcast material that offends or distresses any part of the community. The incident itself has been a catalyst for introspection and re-evaluation as to how ARN can improve its interactions with not only our listeners, but the broader community upon whom we acknowledge our actions can have a significant impact.

After The ACMA released its findings today, an ARN Spokesperson said:

“ARN accepts the ACMA’s final decision and findings regarding the breach of the Commercial Radio Code in relation to decency standards and no breach of the code in relation to inciting severe ridicule on the basis of religion. ARN thanks them for taking into consideration the number of extensive steps ARN took to address the broadcast of September 18, 2019.

“At the time of the broadcast, ARN recognised the sensitivity of the content and acknowledge that its broadcast caused a level of concern in some sections of the community.

“ARN has not had any breaches of the decency provision in the past 10 years and regrets any distress caused by the segment. In the time immediately following the broadcast, ARN took a number of actions to remedy the situation, including broadcasting Kyle Sandilands’ unprecedented, lengthy and sincere on-air apology which also remains available on the KIIS website. Australia’s Christian and Muslim faith leaders accepted Kyle’s apology, which was also published in a public joint statement.”