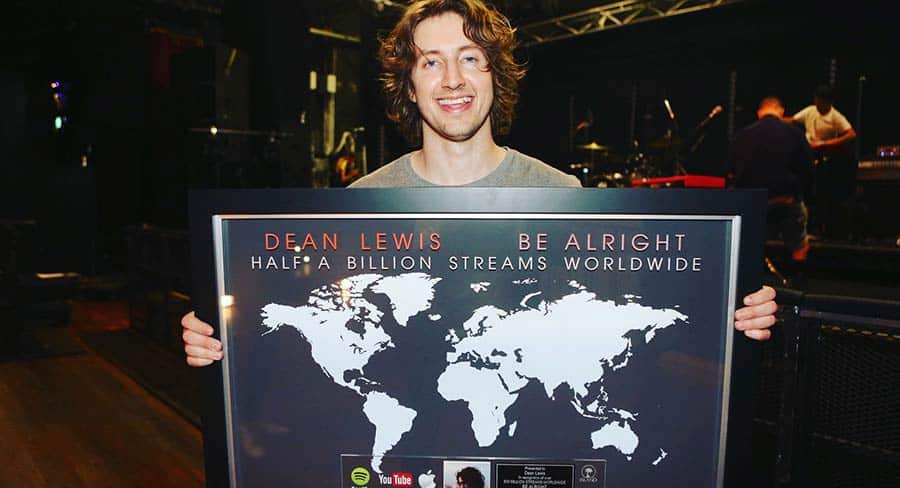 • Be Alright spent five consecutive weeks at #1 on the ARIA Singles Chart.

It has been an incredible year globally for Island Records Australia recording artist Dean Lewis whose single Be Alright has topped charts worldwide, hitting 500 million streams and peaking at #2 most Shazamed track in the world.

Spending the last two months touring and promoting his current single throughout the USA has paid off well for the Australian artist, with Be Alright impacting charts and now achieving Gold certification by RIAA in the USA.

In Australia, Be Alright spent five consecutive weeks at #1 on the ARIA Singles Chart.

Throughout Europe it has hit #1 in Switzerland and Czech Republic, #2 in Germany, #8 in Netherlands, #25 in France, and Top 50 in Canada at Pop Radio.

Capping off his enormous year of dominating the charts, huge single sales and sold-out live shows, the breakthrough artist continues his largest tour to date in Australia supported by Robinson and Jack Gray. Headlining shows in Adelaide, Perth, Brisbane, Melbourne and Sydney, his fifth and final Metro Show in Sydney has set a record in 2018 for the most shows at the venue on an individual tour by the one artist.

Following his Summer Tour, Lewis will be performing at the AO Live Stage at the 2019 Australian Open plus the Falls Festival in January and then more US touring in early 2019.