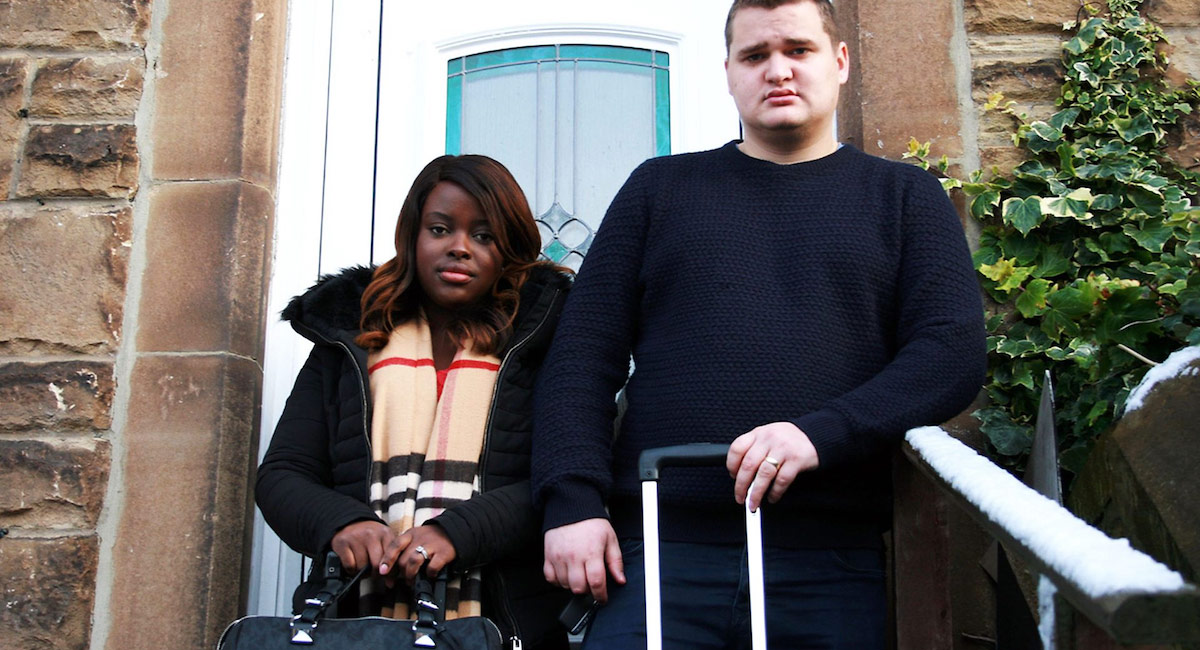 Viewer numbers for the July 4 weekend are traditionally much lower than usual so NBC’s usual chart-toppers America’s Got Talent and World of Dance took the week off. CBS stepped in and dominated the chart with three episodes of Big Brother. The network’s old reliables 60 Minutes and The Big Bang Theory (a repeat episode) took the top two spots.

In the UK, where the conditions of tenants in council estates were in focus in the wake of the Grenfell Tower fire, BBC One’s new documentary series The Week The Landlords Moved In took a look at life in the private sector by having some rich landlords spend a week swapping places with some of their poorer tenants. 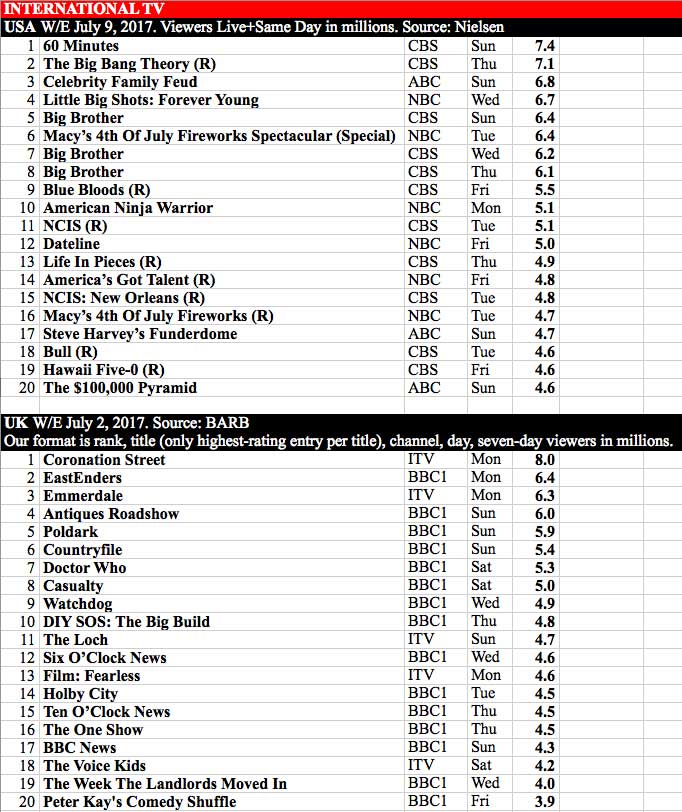