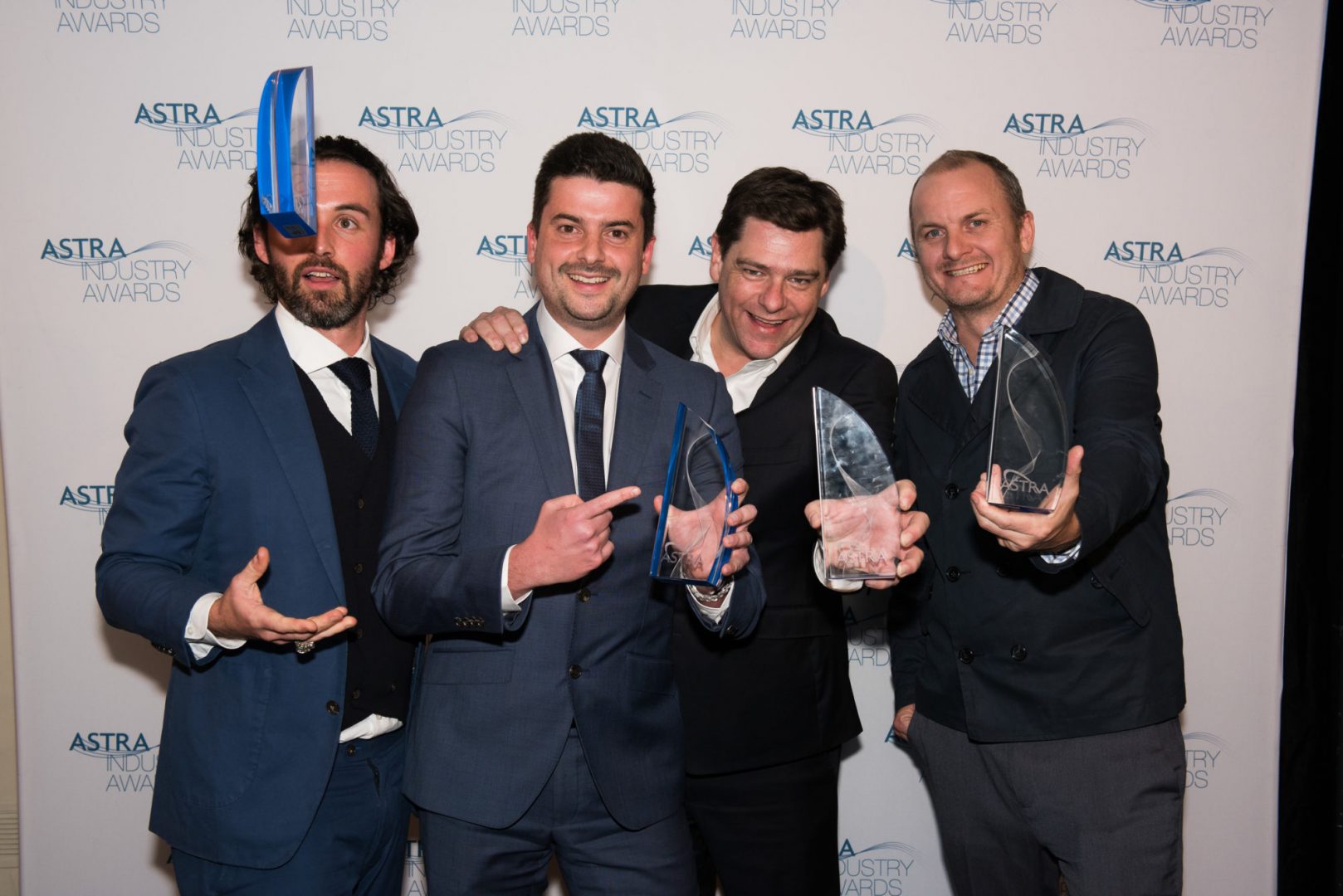 More than 200 guests applauded finalists and winners of the annual awards, which recognise excellence in marketing, advertising and promotion

ASTRA might have merged its major ASTRA Awards event into the AACTAs, but it still has its Industry Awards event, organised and hosted by ASTRA CEO Andrew Maiden and his small team.

Hosted by Australia’s Next Top Model’s Alex Perry, more than 200 guests applauded finalists and winners of the annual awards, which recognise excellence in marketing, advertising and promotion across Australia’s subscription television industry. 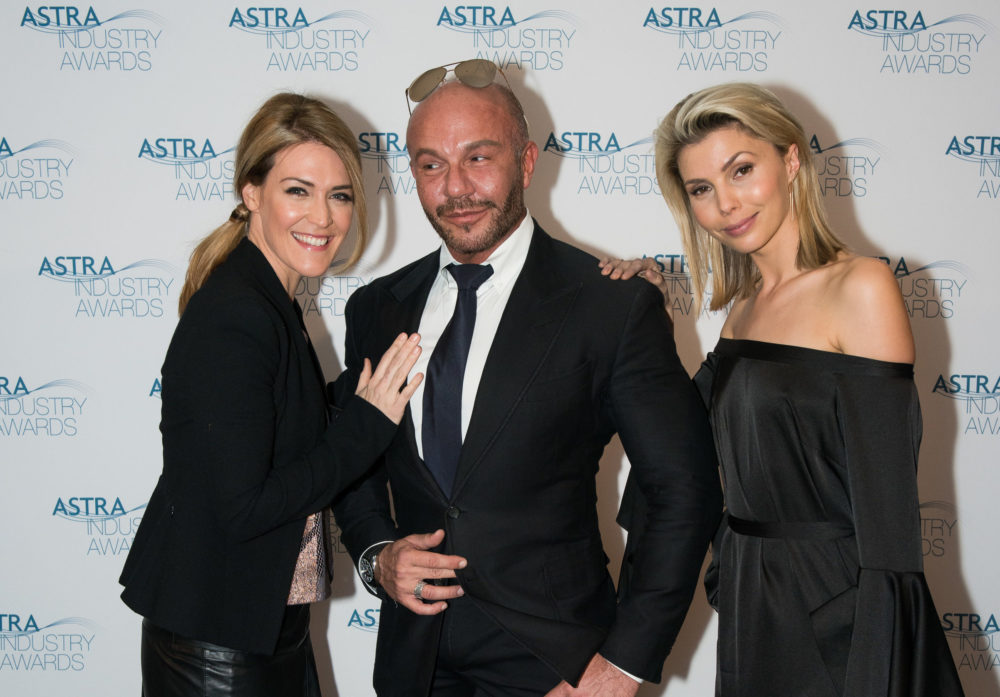 “I had no media background…I got very lucky. I emailed one of the sports shows asking the host for a job. I actually got a response and that led to a job on the show.” – Jones

The Fox Sports executive producer of its NRL coverage spoke to Mediaweek immediately after accepting his award last week.

Jones moved from Brisbane to Sydney 12 years ago looking for a job in the media, landing his first role at Nine, despite having no TV experience.

“I had no media background…I got very lucky. I emailed one of the sports shows asking the host for a job. I actually got a response and that led to a job on the show.” Jones had sent the email to then Nine sports reporter and host Andrew Voss who was hosting Boots n All for Nine. Jones answered a trivia question in the email, then asked for a job. It took a while, but eight months later Voss, now working with Jones at Fox Sports, offered him an interview. After six years at Nine, Jones made the move to Fox Sports in 2010. “I worked initially on the rugby union coverage for two years and then in 2012 I was appointed executive producer of the NRL coverage.”

Looking after the NRL means he looks after 12 people made up of senior producers and associate producers.

“Priority #1 at the moment is the NRL finals, but then off the back of that we will be planning the 2017 NRL channel.”

It has been a big year for Fox Sports and its NRL broadcasts as it has rights to all matches in addition to its five live and exclusive games. “We have calling rights on all games too giving us Fox commentary on all eight weekly games, which has been very exciting this year.”

NEP Australia looks after the production of each NRL game. “They are great to work with and it has been a challenging year at times for both us and them,” said the Fox Sports ASTRA Award winner.

Jones and his team will be working on live NRL finals for the first time next month, but not the Grand Final. A quirk of scheduling lets Jones and Fox Sports boast they have “all the finals live in September”. The Grand Final will be played on Sunday October 2 in 2016. 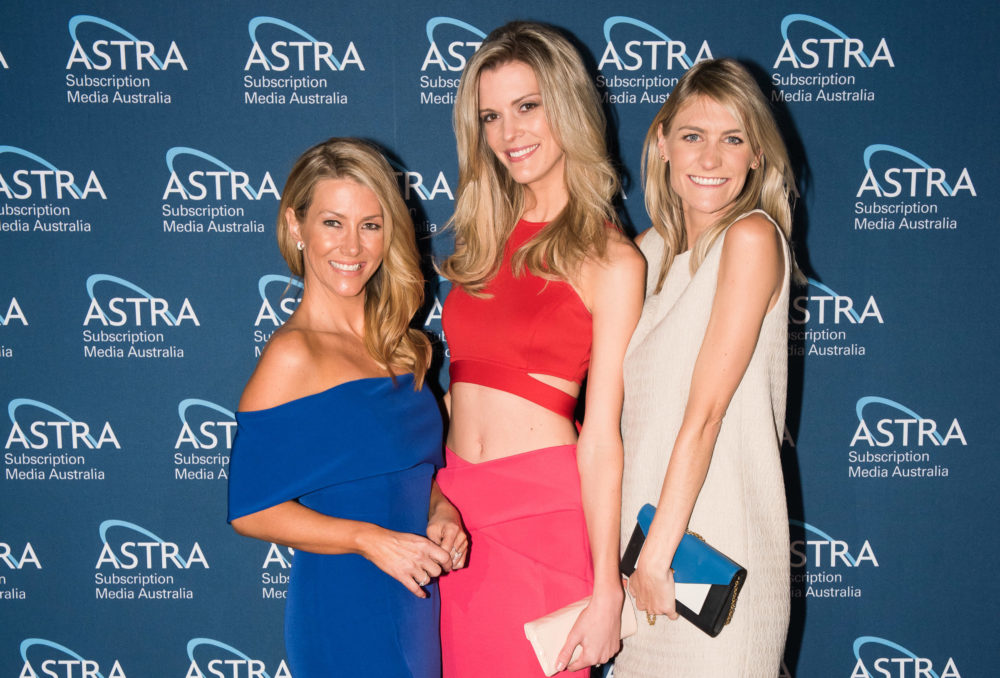 When asked about people who helped him in his media career, the first name Jones mentioned was former Nine sports boss and now Fox Sports head of entertainment shows Gary Burns. “I’ve worked with him for the last five years at Fox Sports and he has been a great mentor. He has plenty of experience and a great influence on my career.

“Also Steve Crawley who I worked with at Nine and is also now at Fox Sports. [Fox Sports head of live sport and news]

“Also Patrick Delany. The Fox Sports CEO has been very supportive and I have learnt a lot from him. It has been great having all those people in my corner.”

Jones has been able to give other media newcomers a helping hand in much the same way he was. “There have been a few people we have moved up the ranks pretty quickly. A lot of the time people need a chance and if you give them that they usually put in the hard work and pay you back.”

As Fox Sports’ Andrew Voss mentioned last week, there is a lot of focus now on getting ready for a dedicated NRL channel next year. “Priority #1 at the moment is the NRL finals, but then off the back of that we will be planning the 2017 NRL channel. It will be great for the fans.” Television Professional of the Year (in a role other than creative, marketing or communications)
Ben Jones (Fox Sports, NRL)

Most Outstanding Campaign under $50,000
The Walking Dead Season 6 Launch (FX)